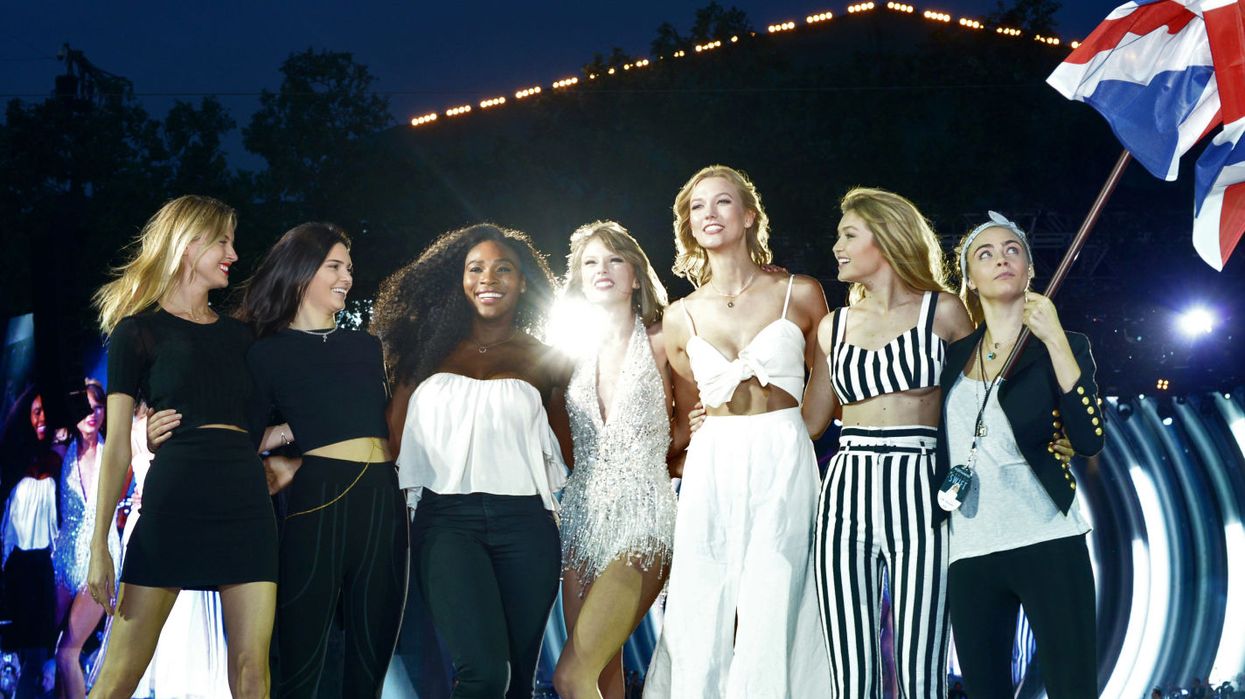 We all know Taylor Swift and her friends are the definition of squad goals and we're all dying to join them. How cool would it have been to be in 'Bad Blood'?!

Lately, every concert Taylor does, she invites some of her super famous friends to join her onstage. She has had everyone from J.T to Kendall Jenner.

With Taylor coming to Toronto this weekend, we had some thoughts on who should be a part of her Toronto Squad and join her onstage.

Here are some Torontonians that Tay should definitely consider bringing up on stage with her:

The 6ix god himself- Because obviously. Our favourite, and probably most famous Torontonian just makes sense. Drake has been blowing up on social media lately, especially about his surprise concert at Ryerson a few weeks back. It's only fitting that he makes another surprise guest appearance.

When thinking of famous Canadians, The Biebs is sure to come to mind. Just like Taylor, he started his career young and continues to take the music world by storm. Plus his new album drops soon, perfect way to promote it! Bieber's killer dance moves rival Taylor's. They'll both have everyone dancing in their seats, "Taylor at an award show"style.

It would be so fetch if Rachel were to join T-Swift on stage. The Canadian sweetheart already lives in the city, so it's not a far trip! Besides, maybe she could convince ex-costar Ryan Gosling to join them. A girl can dream right?

Everyone's favourite City Councillor, and Drake's new BFF, Norm Kelly, is an absolutely must to join Tay's Squad. Norm Kelly is the literal embodiment of Toronto, plus he's hilarious. Just keep your 'Bad Blood' with Meek Mill out of it!

He is a Toronto Icon. There is not one person in this city who hasn't been touched by his extreme passion, and his strong message of believing. And with all of the hate he gets daily, he can certainly 'shake it off' with Taylor.

Taylor, when in Toronto, do as the Torontonian's do and jump on that Blue jays bandwagon! Bring the entire Blue Jays team on stage with you, in true Toronto Fashion. Don't forget to obligatory Blue Jays apparel!

Encore! Encore! Even though he's already well acquainted with Taylor's squad and has joined her on stage in the past, we'd love to see him again. This Toronto-Born star, combined with T Swizzle, will have everyone not feeling their faces.

Have you seen this girl's killer cover of 'Bad Blood'? Amazing. So amazing that Taylor herself tweeted her major props! Brampton girl, Alessia Cara absolutely kills Taylor's hit song. I think a duet is in order!