The driving force of all nature. 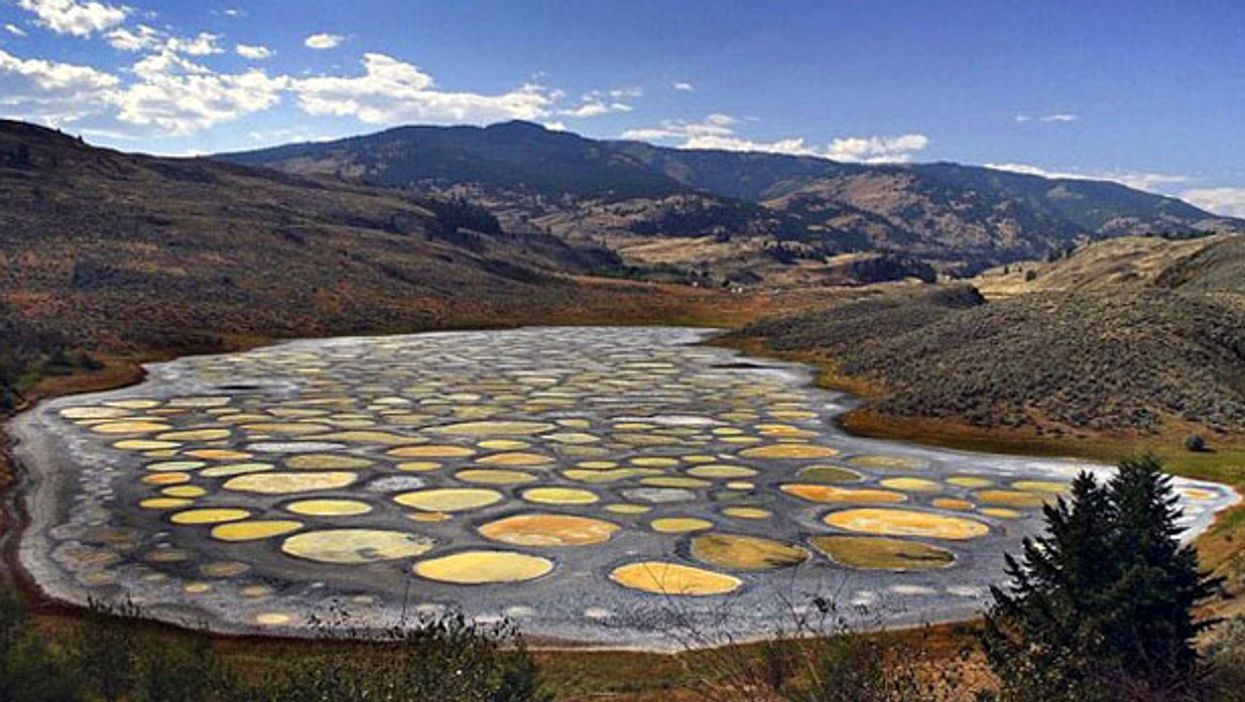 There are over 2 million lakes flowing over Canadian soil that are all extraordinary in their own way, and we must admit they all present breathtaking views However, there are particular bodies of water in Canada that are very noteworthy not only owing to their location, but also because of the lakes' special characteristics.

Summer is right around the corner, it's time to pack your bags and plan a road trip. If you end up driving across the country, I highly suggest you make pit stops at these 8 unique canadian lakes:

This unusual lake is situated near Osoyoos, British Columbia in Oskogan valley. The spotted lake obtains healing qualities due to its rich natural source of minerals. The water evaporates during the summer, which consequently forms circular natural pools. There are approximately 365 "pools", each varying in color based on the type and concentration of minerals it contains.

There's a Canadian lake that has similar features those to a dead sea located close to Watrous, about 100 km southeast of Saskatoon. Manitou has a mineral density three-times saltier than the ocean, allowing swimmers to float on the surface of the water.

. Medicine lake has the ability to suddenly vanish every summer into sinkholes due to its glacier-melting water floods. ( the sinkholes drain the water back into the lake in the winter.)

Moraine Lake is a glacier fed lake, located in the Valley of Ten Peaks, Alberta. It stands at an elevation of approximately 6,183 feet, but it does not reach it only reaches its crest around mid June. The lake reflects a unique shade of blue when it is full owing to the refraction of light off the rock flour accumulated in the lake.

Abraham lake is a manmade lake situated on the North Saskatchewan River in Alberta. This lake's most recognizable feature is its' surface because it is coated with frozen air bubbles. It is also considered to be a very dangerous due to the explosive characteristics, including gaseous methane that is highly flammable beneath the layers of ice.

This turquoise colored- alpine lake is located south of Whistler, British Columbia. The glacial flour suspended in the melted water generates it's color from the Sphinx glacier and the Sentinel glacier.

One of the 7 wonders of Canada is this ring-shaped hydroelectric lake which surrounds Quebec’s Manicouagan Crater. This lake is widely recognized as the "eye quebec", it is almost 2,000 km² and its' shape is vividly seen from space.

Situated in Yoho National Park, British Columbia Emerald Lake is one of the most popular tourist destinations in the west coast. The lake is frozen from November to June owing to its high altitude. The turquoise color of the water creates a majestic view, due to the powdered limestone found in the lake. Head on over in July to have an extraordinary experience, as you witness the snow melt from the mountains down into the lake.