9 Celebrities On Losing Their Virginities 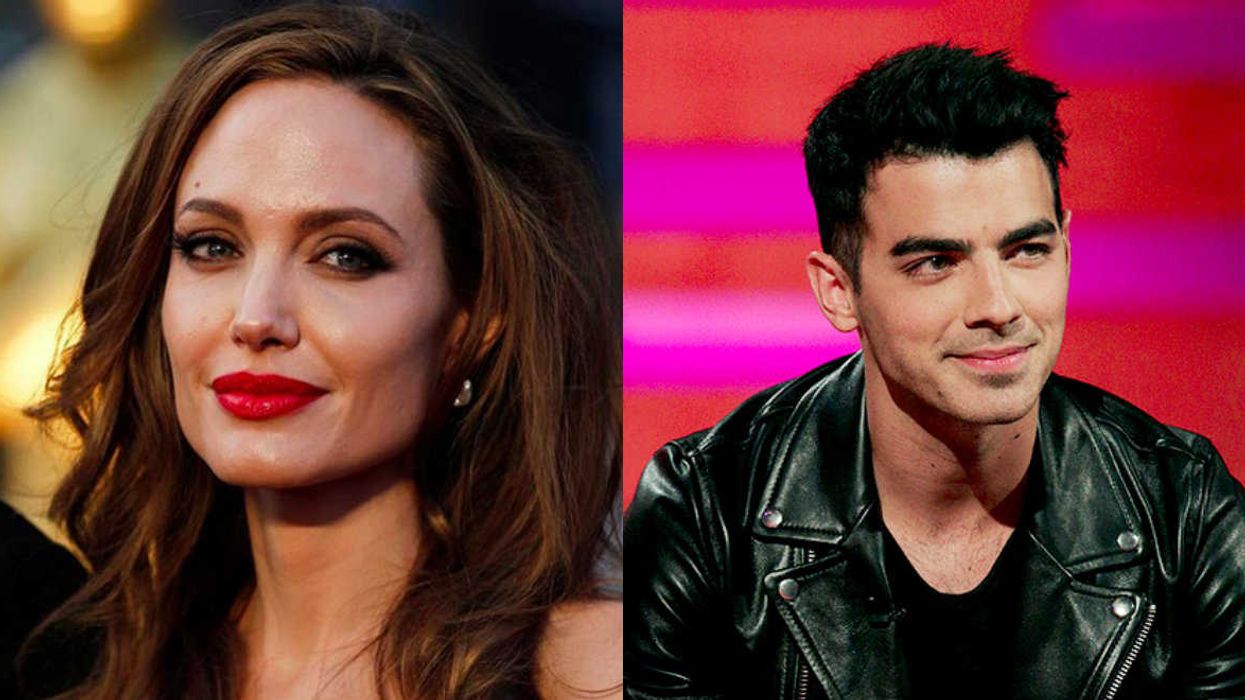 When it comes to their sex lives, most celebrities stay pretty tight lipped.  That makes it all the more surprising when they aren't shy about revealing their earliest sexual experiences.

Read More: The 9 Most Notorious Celebrity Feuds Of All Time

From Angelina Jolie to Celine Dion, this is how 9 of your fave celebs lost their V-cards. Some of their answers will definitely surprise you.

"I had started having sex with my boyfriend and the sex and the emotions didn't feel enough. I was no longer a little girl. In a moment of wanting to feel closer to my boyfriend I grabbed a knife and cut him. He cut me back. We had an exchange of something and we were covered in blood, my heart was racing." (Source: OK!)

"I'm one of the few people who seem to have had a really good first time … It was with somebody I'd gotten to know well. I'm happy to say I've had a lot better sex since then, but it wasn't as horrendously embarrassing as a lot of other people's were — like my friend who got drunk and did it with a stranger under a bridge." (Source: Elle)

"My situation was not a good situation. I was 14 years old and dating an 18-year-old boy, which now I look back and think it's disgusting, but then I thought I was really cool ... Basically, I got pressured into having sex. I wasn't ready. I barely knew my own body…

"I felt like if I didn't, I wouldn't be cool or this guy wouldn't want to talk to me anymore … I didn't have sex for the next three years, just because I didn't feel comfortable with my body and I didn't feel like I knew myself. And then being out of that environment, I knew I did the wrong thing and I was kind of forced to have sex." (Source: HLN)

"For some reason, I was trying to portray myself as a man who had [had sex] many times in the past. I didn't tell the girl I was a virgin. I was all, 'Don't worry, babe. I'm gonna handle it tonight.' And meanwhile I was shaking in my boots. Getting naked was very strange."

"I did other stuff before then, but I was sexually active at 20. I'm glad I waited for the right person, because you look back and you go, 'That girl was batshit crazy. I'm glad I didn't go there.'" (Source: Vulture)

"I was 11 and the girl was 13. She had every board game you could imagine. I liked board games. We was playing Win Lose or Draw and on the board she wrote, 'Fuck me.' Now I was 11, and I didn't even know it meant 'intercourse.' I just knew it was a cuss word, so I was like, 'Why is she cussing herself out?'

"She said, 'Do you want to play Press Your Luck? Well, the game is in my closet.' She had a walk-in closet, so she said, 'Go get it, it's right to the right…' When I walk to the closet she came in and cut the lights off and took off my pants, and I remember my ass was cold up against the wall. I was like, 'What the hell!?' When I tried to push her off me, I felt that she was naked also, so I just stepped back and let her do what she do." (Source: Playboy)

"We shouldn't have been in the park in the first place. All of a sudden, a big spotlight came on us. Bang. You hear the cop roll down the window and say, 'Ma'am, are you okay? Will you come to the car?' She gets dressed, comes to the car. They say, "Are you being attacked?' She says, 'No, that's my boyfriend.' It was a complete nightmare. [Laughs] Some stories are beautiful, but mine was not." (Source: Elle)

"I was 14. I had no clue what I was doing, and neither did the girl. I didn't even make the lighting good. That'd be one thing I'd do differently. It was, like, fluorescent, bright bedroom light, like, over the covers." (Source: Elle)

"It was in Dublin, on that unforgettable day of April 30, 1988, the evening of the Eurovision competition. He went back to my room with me ... I was seated at the head of the bed, legs folded under the covers. I was happy about being alone with the man I loved. And I had a very precise plan." (Source: The Frisky)

11 People Get Really Real About Losing Their Virginity

There are some days you'll never forget. A great 21st birthday, the last day of college, maybe the first date with your S/O. But one day, or even moment for some people, that's especially hard to forget is when you lose your virginity.

Whether it was wonderfully traumatic or terribly amazing, there's no way you forget this moment in time. Therefore, we crowdsourced you, the people, for all the juicy details about your first time; like how old were you, where you were, and what tf happened.

There are some celebrities whose time behind bars you'll never forget: Martha Stewart, Paris Hilton, etc. Yet there are actually way more celebrities who have spent time in jail than you likely remember.