Now, these are cause for a celly! 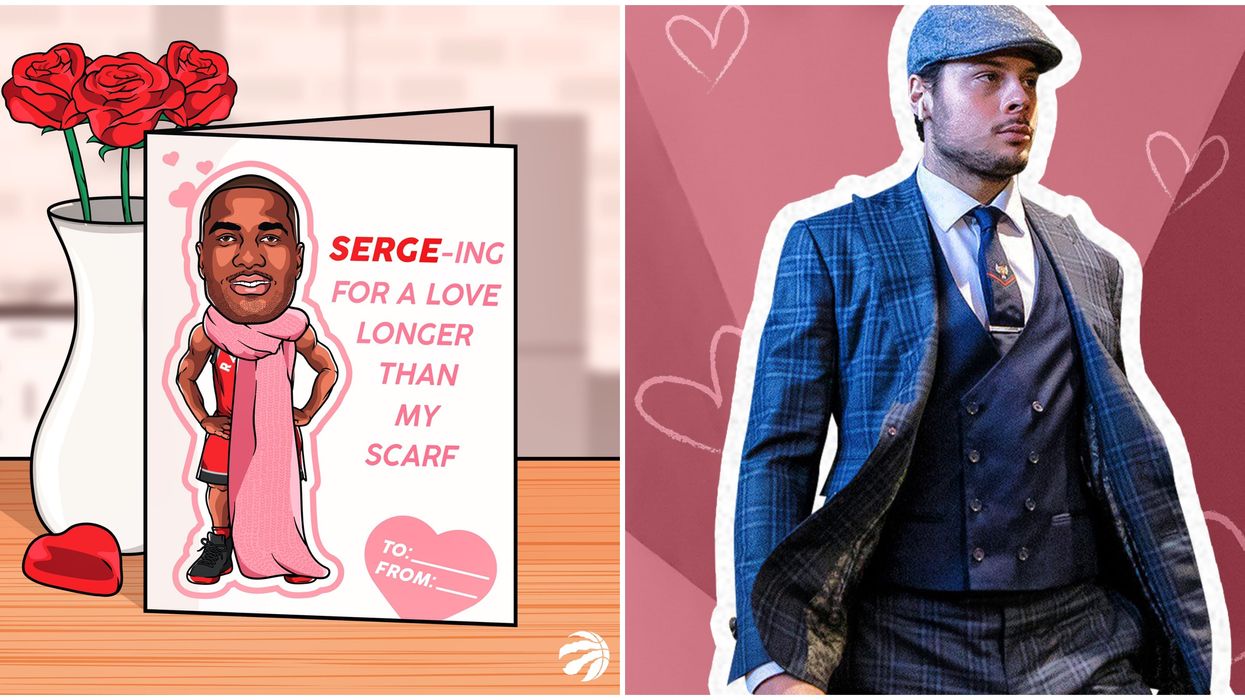 Whether they’re scoring points or scoring our hearts, it’s no secret that Toronto has tons of love and admiration for its big sports teams. Between wanting to wrap yourself in a Serge Ibaka-sized scarf and obsessing over Auston Matthews’ moustache, it’s clear that these stars are the MVPs of our hearts. And to prove it, we’ve rounded up some cheesy Valentine’s cards of 6ix sports stars that are sure to be a slam dunk.

While these stars continue to woo crowds with their in-game skills, they really share the love in their personal lives, too.

For example, remember that time recently when Terence Davis shared a courtside snack with a young Raptors fan?

Or how about all those times that the Toronto Maple Leafs proved they were the best damn dog dads around?

And, of course, Bianca Andreescu served up some real heart-warming content when she became a Right To Play ambassador.

All that and more just goes to show these stars have just as much love for the fans as we have for them.

So, in honour of those affections, take a peek at these hilarious mock-up V-day cards below that were shared online in various places on Friday, February 14.

Seriously, these are all aces. Don’t forget to send this article to someone special today to show you wouldn’t trade them for the world.

Totally Wrapped Up In You

Raise your hand if the only Valentine you want to cuddle with is this iconic scarf!

Get Some Of That Mitch Magic

I mean, who wouldn't want to shoot their shot with the Leafs' "Magic" Mitch Marner?

Do you think Matthews sent this one to his bro Justin Bieber? We wouldn't rule it out.

John's been skating his way straight into our hearts all season, tbh.

Serve This One Up To Your Valentine

We’d cause a serious racquet for Bianca, to be fair.

Matthews has been dekeing his way through the fashion world and we live for it.

That Bo Flow, Though

Will you be my Bo? With hair this good, we imagine the Blue Jays' Mr. Bichette gets asked this a lot.

We Need Moe' Of This

You're special too, Morgan, come back soon!

Putting The "Rose" In DeRozan

It’s days like this where you wish DeMar was still around so Raptors Twitter could give each other a bouquet of DeR… https://t.co/4g7R4Ejf8p
— Chris Walder (@Chris Walder)1581701853.0

And, even when they move away, we keep iconic Toronto players in our hearts. Miss you, DeMar.