Our city wouldn't be the same without them. 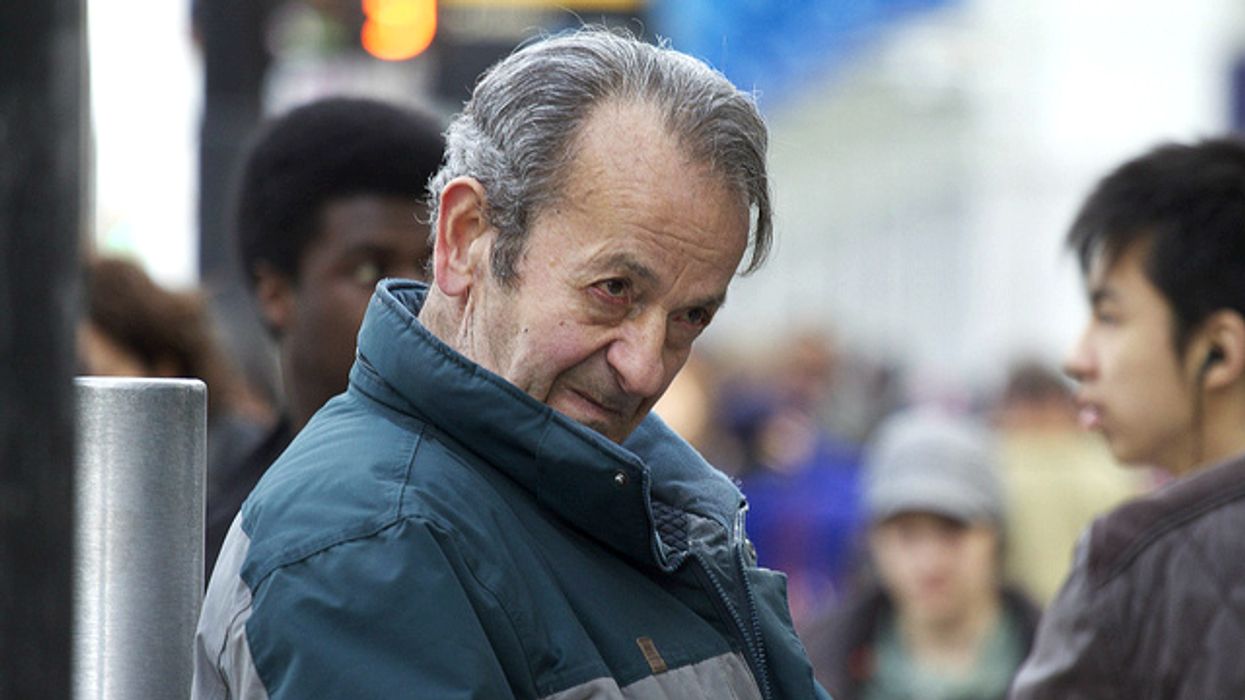 All cities have their own set of local celebrities. Although such individuals aren't famous by definition, they are regarded as living icons by the people in their communities. Toronto has several of them that contribute to the overall culture and dynamic of the city, and this article is an homage to their awesome legacies.

Here are 9 iconic street people who have (or still do) grace Toronto with their quirky presences:

Sarko is perhaps the most famous street celebrity in Toronto, as well as the most misunderstood. He's a passionate Christian preacher, known particularly for the startling way he gets a passerby's attention. One loud yell of the word "Believe" and everyone knows to expect another intense sermon by from Sarko!

Toronto Batman has been around since 2009, roaming the streets of Toronto to find the next crowd that he could put on a show for. He's the city's friendliest caped crusader, spending time interacting with excited kids and taking pictures with fans. He decided to hang up his cape just this past September, but surely no Torontonian will ever forget the joy he brought to people's lives every day.

Toronto Spider-man is a somewhat "new" hero on the Toronto streets. Just recently, street performer Mark Zilo (who goes by the name "Peter Parkour") went into a store to prevent a shoplifter from getting away. "I never wanted to become involved in these things. I don't want to lose my busking license," he told CTV News. You go, Toronto Spiderman.

Ben Kerr is a late street performer that often put on shows for people at the corner of Yonge and Bloor. Kerr equipped himself with a mic and speaker, with which he would typically sing into. He carried around an American songbook and would sing hit after hit to anyone who was willing to stay and listen. Kerr was also a published author and cayenne pepper enthusiast. He sadly passed away in 2005.

Rockin' Rick is a drummer who can usually be found sitting outside the Rogers Centre with his drum set. He often draws large crowds with his sick beats, and gets everybody dancing along to his music. Consider him the Blue Jays' ultimate hype man.

James Loader was the iconic ticket ripper in various Scarborough movie theatres, including the Morningside Cinemas and the now-closed Cedarbrae Cinemas. He became a local celebrity after doing the job for 55 years, and he was always friendly to every guest he came across. He sadly died at the age of 83, but people in Scarborough will remember him forever.

Dundas Square Spock is yet another icon at Yonge and Dundas Square. Dressed as the famous Star Trek character, he often gets the attention of many people who have to take a second look because he looks so much like the actual Spock!

The Human Statue is more than just a still act - he really knows how to make people laugh! People love to take videos of him performing, and at the same time he loves being in front of the camera. The Human Statue is a tireless worker with a simple goal - to make your day better (even if just a little bit).

There are several other notable street individuals in Toronto, but many of them aren't included in the main list because they generated quite a bit of negative controversy (links provided below). Nevertheless, they're still recognizable characters in Toronto; some of which still roam the city today:

Which ones do you know?