9 Reasons Why Ryerson U Is Better Than UofT

From a U of T students perspective. 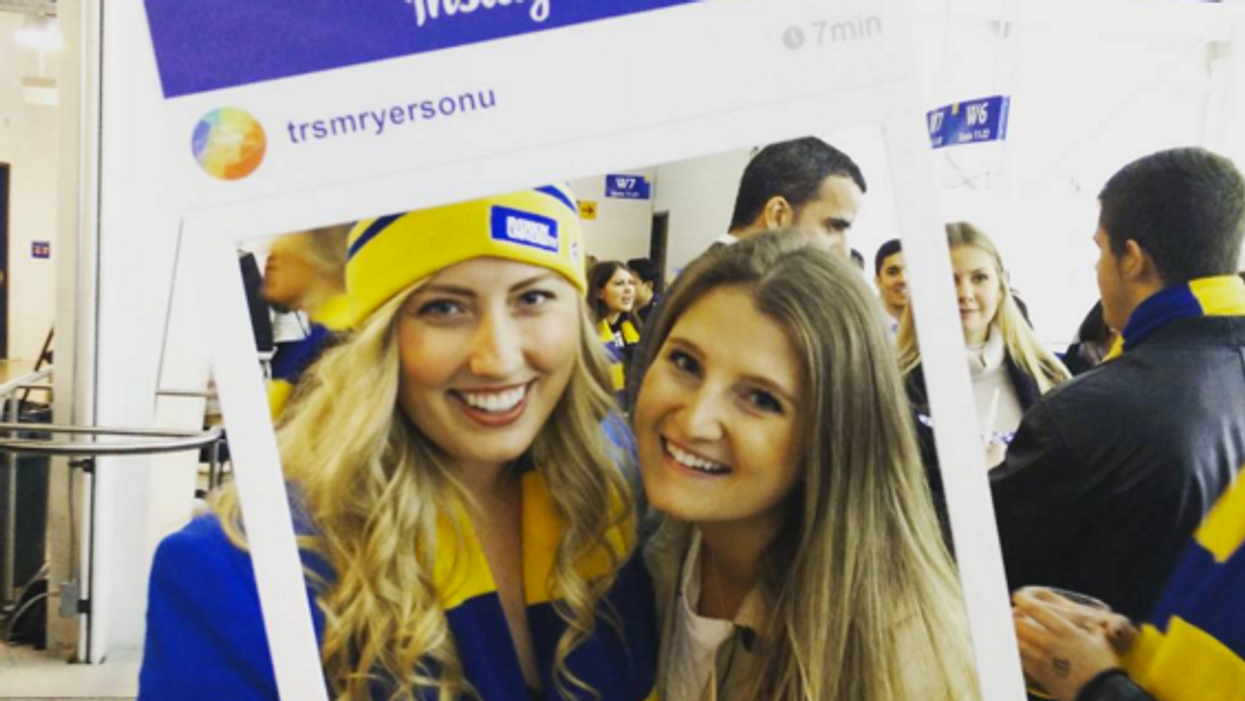 Sorry, UofT students - although we have the highest ranking in Canada for post-secondary education, our city-sharers Ryerson outshines us in a whole bunch of other areas. (This is also an opportunity for all UofT students to complain, too.)

1. Ryerson U is connected to the Eaton Centre.

You can literally run out from your classes directly into the mall and pick up whatever you need, from full-blown meals to clothes and books. Or you know, to just kill time.

We need to scramble across campus to the Bookstore and multiple photocopy stores scattered in and around sketchy streets to get our textbooks.

2. Ryerson has legit reading weeks in both Fall and Winter terms of study.

Although UTSU is letting students vote on starting the academic term earlier next year so we will get a reading week in for the Fall term, it's still not confirmed.

3. Ryerson students get snow days when the weather is bad.

UofT doesn't care if the TTC has been delayed for an hour or whatever by a blizzard or if there was a giant ice storm that took out the entire city's power (... 2013-14); profs still expect you to be at their 9AM lecture bright and early.

4. You have a real mascot name.

Even if "Eggy the Ram" sounds a little strange, it still sounds better than UofT's mascot, and it's definitely more indicative than UofT's "True Blue" - as an interior design Home Depot paint colour that might sound okay, but what animal or thing could "True Blue" be? For the liberty of all the other clueless UofT students - it's a blue beaver.

Ryerson Theatre is huge. It has over 1 200 seats, which is why it's one of the best places to host a boatload of red carpet premiers of the Toronto International Film Festival. The closest things us UofT students get is watching dated lab technology advertisements in biology class (GTCA to the music of YMCA in Yip's BIO130 class, anyone?)

7. Nina Dobrev and Sue Gardner are from Ryerson.

For The Vampire Diaries and Degrassi fans, the name Dobrev will most definitely be familiar - but maybe you didn't recognize her as a Ryerson sociology student as well.

Sue Gardner isn't so much of a familiar name, but she's pretty remarkable as well. In fact, probably more than half of us would be doomed without her: she's the executive director of the Wikimedia Foundation. (Nobody wants to find out what their GPA would be without Wikipedia.)

BIO230 midterm marks are up on Blackboard - how exciting! Until you realize that everyone is seeing this one student's mark and accompanying student ID. Talk about breach of privacy. At this point, TAs are most likely receiving an overwhelming influx e-mails with a "peeved-but-I-want-my-corrected-marks-so-I'll-try-to-refrain-from-using-profanities" tone.

And Blackboard is just one thing; don't even get me started on the problems with ROSI/ACORN.

9. Ryerson has a greater sense of community.

Because UofT class sizes are so big, (**coughcough - Con Hall**) students here don't get to know one another as easily as they might have in a smaller campus and it gets really hard to stay in touch with friends we make throughout the year. Because Ryerson is relatively smaller, students actually get the chance to see their friends more often.

UofT boasts about having over 200 clubs - plenty of opportunity to form tight-knit groups of friends with common interests - but if you've ever been to Clubs' Day, it's just too much. Overwhelmed with options, and all thrusted upon you in the form of brochures of clubs you'll never join though you sincerely meant to at first.