9 Reasons Why You Should Date A Ryerson Girl

Ryerson girls do it better. 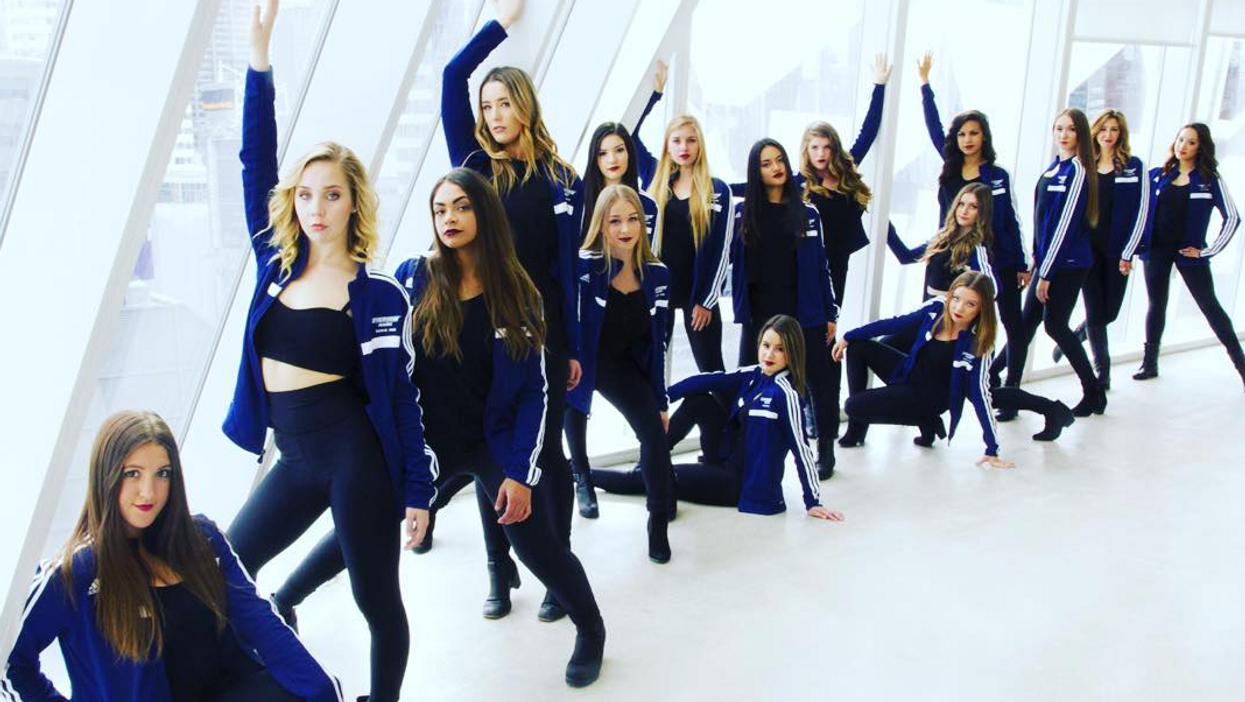 We're the divas of downtown Toronto.  The sexiest ladies in the six.  What's hot in TDot. The crème de la crème of Toronto.  I'm not just saying this because I am a Ryerson girl myself, I genuinely believe this. If you're not already dating an RU girl, here are nine reasons why we're the best and you should find one ASAP:

It's hard for a Ryerson girl to not have a nice booty when the escalators in Ted Rogers are never working. And lets not get started on the elevators—you best believe we have taken the stairs to the 8th floor of the SLC before.

More reasons why we're hot: we go to school right beside the Eaton Centre, the fashion students on campus are a good influence on us to dress well, and our multicultural campus has resulted in an exotic cocktail of diverse beauty. Plus we have two kickass gyms on campus: one in the old Maple Leaf Gardens and one that is underground—too cool to not visit at least once.

2. We will teach you something new.

When you ask a Ryerson girl what she is studying, you could get any kind of response. You could be talking to a dancer or a criminologist; a nurse or an entrepreneur with her own startup. Ryerson is known for its hands-on approach to a wide variety of programs ranging from the arts, to community services and everything in between.

So you can bet that if you date a girl from Ryerson, she will teach you about something completely new and exciting—and she'll be damn good at whatever that thing is.

3. We likely have an apartment or condo downtown.

Not that you can use us as a hotel, but if you are lucky enough to get the invite it's a pretty good deal. Half the reason I chose to study at Ryerson was so I could live in the centre of downtown Toronto—and almost every Ryerson student will tell you the same thing. Living and being in the city in general is a lot of fun! There's always something to do or somewhere new to go.

And if she lives near the Ryerson campus she's a short walk away from EVERYTHING. Dundas Square, the Eaton Centre, Yorkville, Kensington Market, the Rogers Centre, the ACC. I mean, it depends what you consider a short walk but location-wise, you can't do much better.

4. We know all the good date spots.

You'll be able to avoid the "Idk, where do you want to eat?/I don't care" conversation. If she spends a lot of time downtown she probably knows at least a dozen amazing restaurants you have never heard of. She'll be suggesting the place instead of you.

Plus she can sneak you into a movie at the AMC. Want to see Star Wars? She knows what classes are running at the same time it's playing. No OneCard—no problem. Just say the correct course code and you're in brotha.

The city actually peer-pressures you to go out and have fun. This is a fact, I experience it every night. It's hard to stay in and go to sleep when the city isn't sleeping. Why would you stay in and hibernate when you have a city chock-full of possibilities waiting for you?

We also know all the best bars, clubs and events. There are more than a handful of popular bars downtown. We've been to at least half of them and we can give you the lowdown on what's a good time and what's not.

It's part of the nature of the university. If there is one thing I have learned during my (almost) four years at Ryerson, it's that there is absolutely NO room for closed-minded people on this campus.

Since Ryerson is located in the heart of a highly progressive city, the students are taught to be supportive of all ethnicities, faiths, genders, sexual-orientations and ideas on campus, from the moment we arrive to the moment we leave.

Support and an open-mind are both favourable in a relationship. You can bet that your Ryerson girl will posses these traits—she was educated well.

She can go buy herself that purse. Whether it be rent in Toronto or the commute to Toronto every day, a girl's gotta hu$tle to afford the city. And that's why Ryerson women are working women.

Ryerson's learning style is also hands-on, since you're living and learning in the real world. School isn't all fun and games when your future is always staring you right in the face. As they say, if you'd rather land a corporate internship than read a textbook under a tree—then Ryerson is your go-to. The opportunities to start a career are endless in Toronto.

The city really does make you grow up fast, and that's why Ryerson girls are independent. We are surrounded by opportunities and we work hard to get to them.

Your Ryerson girl won't be holding on to you during a scary movie, you'll be holding onto her. She might even kill her own spiders.

Being a girl in Toronto teaches you to remain unphased by just about anything. Nothing scares a Ryerson girl—nothing. I mean, the campus is pretty crazy in general due to it's central location, but it's a whole lot crazier for women. We get catcalled, approached and shouted at a lot. It can be scary at first, but after a while we become masters of walking down the street with our heads high rather than fearing our surroundings.

Plus our university's security warnings are unlike any other school's. We're used to receiving sketchy security warning emails as often as every hour. They could be as horrifying as a stabbing or as strange as creeps in the library crawling under desks to touch feet.

I mean this isn't exactly a reason to date us, but if you're looking for a nice gal, Ryerson has plenty. Gender statistics from the past several years at Ryerson show that there are consistently a higher number of female students enrolled in the university than male students.

This is likely because many of the programs Ryerson is known for are stereotypically known to attract female students, such as: Fashion, Interior Design, Journalism, Theatre, Early Childhood Education, Nursing and Psychology. You can view the statistics for each program here.