9 Teletoon At Night Cartoons Every 90's Kid Will Remember

Back when we ignored those 18+ ratings. 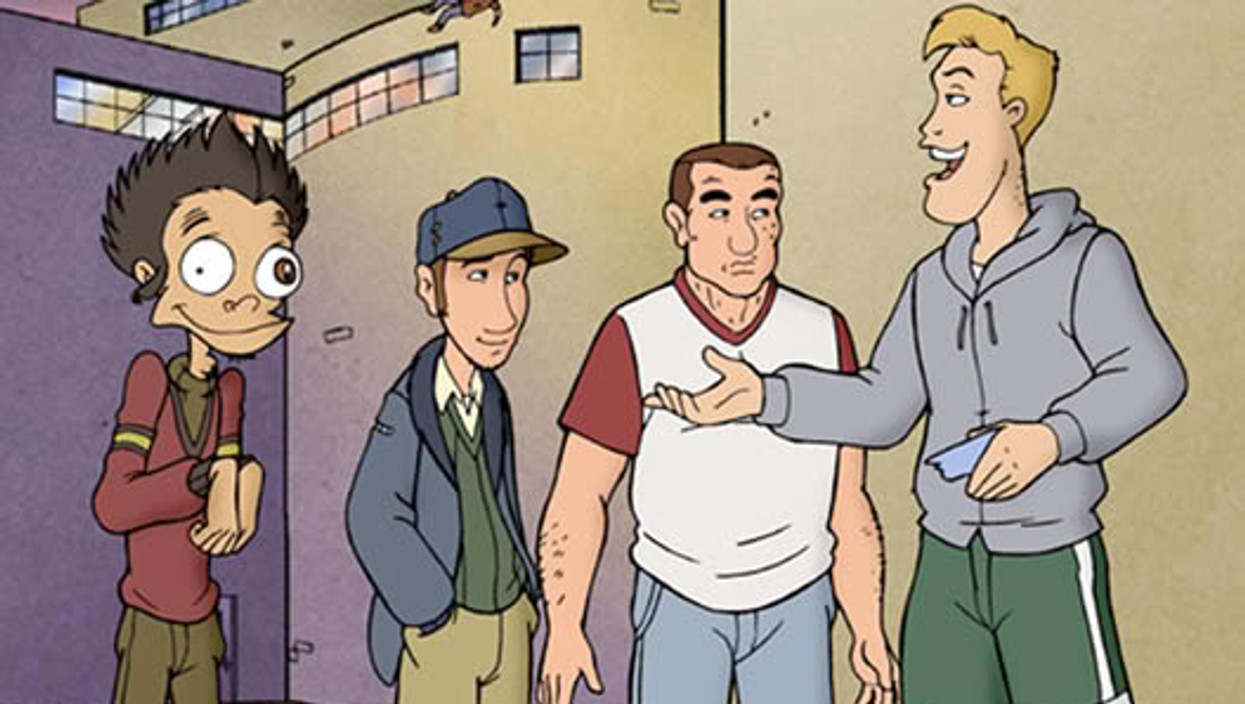 Do you remember staying up past your bedtime as a kid and "accidentally" tuning into Teletoon for the late-night cartoons? It's okay, you can admit it; we're all equally guilty of ignoring those 18+ warnings that appeared at the start of each show. We just couldn't help it - curiosity was a powerful persuader.

Back when we were kids, watching adult cartoons was somewhat an empowering experience. Sometimes we understood the mature content just fine; other times we didn't get the punchlines at all. Whatever the case, these cartoons gave us our first glimpse into the dark world of adulthood.

The Simpsons, South Park, King of the Hill, Futurama, and Family Guy were the standards. However, there are a few gems from the 90's that you may have forgotten about. Here are 10 Teletoon At Night Cartoons from the 90's and 00's that you'll surely remember.

As soon as that Good Charlotte song came on, you knew it was time for Undergrads. The show explored stereotypical college freshman experiences via the escapades of Nitz (the "Average Joe" of the group), Rocko (the frat boy), Cal (the high-voiced ladies' man) and Gimpy (the gamer nerd). Throughout the series, the setting of the show was never actually confirmed.

Clone High was about a high school whose student body was composed entirely of clones of famous people in history. The main characters, in particular, were Abraham Lincoln, Joan of Arc, Cleopatra, JFK and Gandhi. The show often dealt with "common" teen issues, like "sleep deprivation, catching ADD from toilet seats, the evils of litter, and having the guy you like not like you back the same way you like him."

The Oblongs took the definition of "dysfunctional family" to a whole new level. The series was actually based on characters from a picture book called Creepy Susie and 13 Other Tragic Tales For Troubled Children. In the show, the Oblongs are a family that live in a poor community that is plagued with hazardous pollution caused by the extravagant lifestyles of the rich people that live in the neighbouring hills.

We all know of The Ripping Friends as "The World's Most Manly Men!" The series was a Canadian animation produced by Kricfalusi, who is the same mind behind The Ren & Stimpy Show. The show focused on four brothers - Crag, Rip, Slab and Chunk - who had superpowers and attempted to fight evil from RIPCOT, their HQ (key word: attempted).

The Tick is a superhero created by Ben Edlund for New England Comics in Boston. The comic became a TV show in 1994 and immediately gained positive reception from views. Although The Tick was intended to be a spoof of superheroes, he was still a beloved character. In fact, he even ranked #57 in IGN's list of Top 100 Comic Book Heroes. And yes, that is a picture of him about to beat the crap out of Santa.

Just putting it out there: Bromwell High is actually my personal favourite, even though it's perhaps one of the more offensive shows. The series was set in South London and followed three mischievous girls, Keisha, Natella and Latrina, who were always up to no good. Although the show was intended to be an exaggerated representation of British high school culture, a lot of its themes could easily be applied to Toronto.

As if the concept of some of the shows in this list weren't odd enough, Aqua Teen Hunger Force stars three anthropomorphic foods that live together as roommates. The series was actually a spin-off of Space Ghost Coast to Coast and experienced enormous success, totalling 139 episodes over the span of 11 seasons. The show aired its last episode just this past August.

Harvey Birdman is an American cartoon that was acquired by Teletoon in the early 00's. Like Aqua Teen Hunger Force, it's also a spin-off of Space Ghost Coast To Coast. In the show, Harvey is a criminal defense lawyer whose co-workers and clients are other cartoon characters from the Hanna-Barbera brand.

Home Movies was originally created by Loren Bouchard and Brendan Small for UPN. In 1999, the network actually cancelled the show just after five episodes, but Cartoon Network immediately picked it up after seeing that it had potential. And they were right - the show lasted 47 more episodes and developed somewhat of a cult following. It was even included in IGN's Top 100 Best Animated TV Shows list.

If you liked this article, make sure to check out: 24 TV Shows From The 90's Every Torontonian Grew Up With!