Don't try this at home, kids! 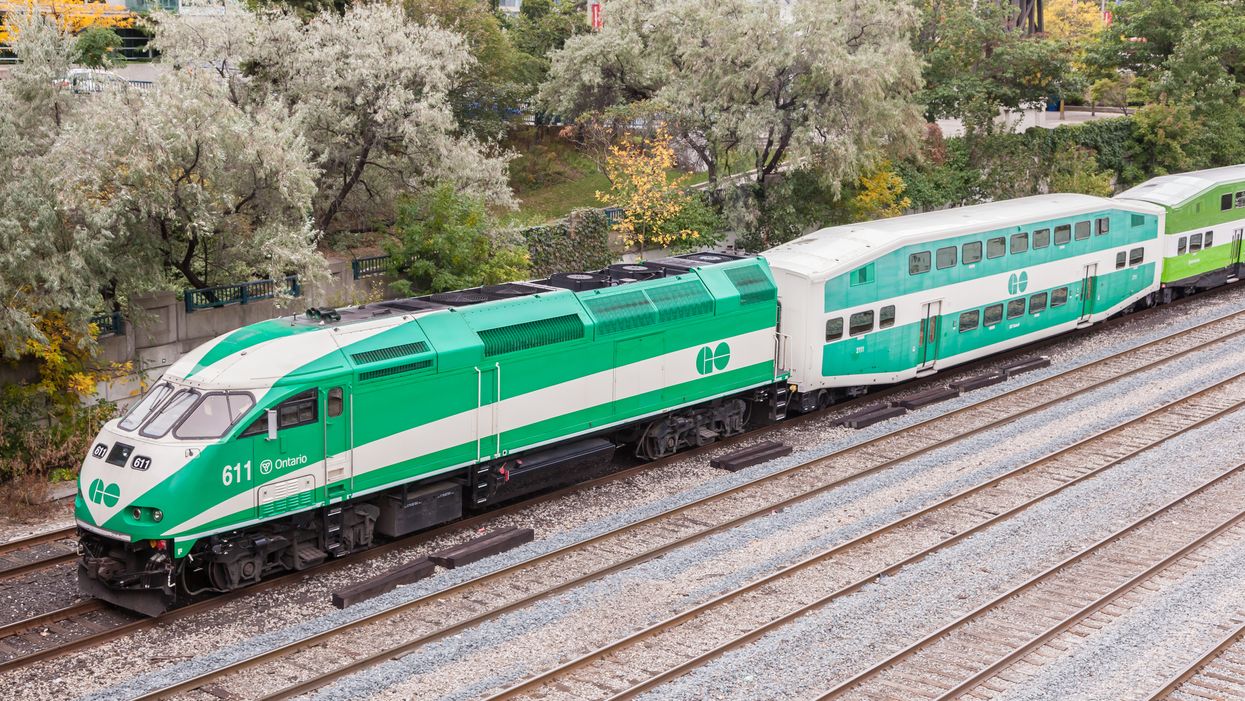 An unidentified man somehow evaded transit security climbed to the top of a speeding GO train and created a 10-second video of himself riding its roof. Metrolinx has launched an investigation into who this guy is by analyzing his 10-second video like a scorned ex-girlfriend.

The video was spotted on 6ixbuzztv’s Instagram page and shows the guy dangling his legs in between two coaches, standing up and taking steps while the train was moving at what Metrolinx spokesperson, Anne Marie Aikins, suspects was 80 kilometres per hour.

Came across this dangerous, stupid and not to mention illegal stunt. I don’t know what this person was thinking but nothing can justify this. @GOtransit Safety Officers are investigating and take this very seriously. Don’t be like this guy, don’t ever try this. #Toronto #transit pic.twitter.com/4OXQxFhXX2

What Metrolinx wants to know is what this guy was thinking and if he’s okay. Since the video is so short, it's not known if the train rider was injured after taking this video.

Aikins said she didn't understand how he was able to stay on the train for so long but, besides uncovering this person’s identity, they’re concerned for his safety and the safety of others who might want to try it out for themselves.

Incredibly dangerous & illegal stunt. No idea how this ended but he certainly chose to risk his life for some kind of thrill. Transit Safety Officers are taking it very seriously & investigating fully pic.twitter.com/987qXiIE8j

Speaking with CTV, Aikins said,”That suction from a heavy, heavy train like that going fast would throw anyone off.”

Along with flagging the video on 6ixbuzztv’s page, Nitish Bissonauth, another Metrolinx Spokesperson, begs people not to repeat this person’s actions and says there will be consequences.

As for clues, Metrolinx will be looking for location landmarks in the video and they already have the number of the coach prominently displayed for a start.

This guy might’ve been strapped for cash or eager for an adventure, but if or when the video daredevil is caught he’ll be facing a GO ban or receive a hefty fine, according to Bissonauth.