Alberta student Quin Maltais was stung by scorpion on her Air Transat flight from Toronto to Calgary. 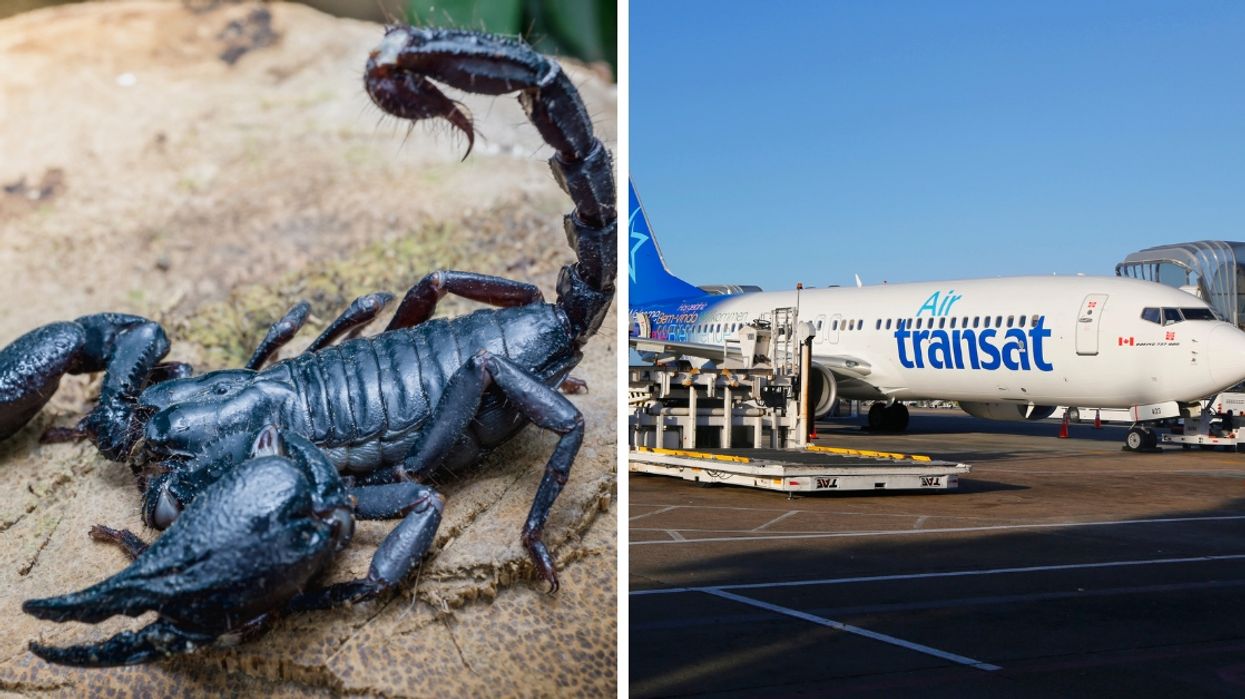 A woman flying out of Toronto experienced the shock of a lifetime while travelling to Calgary last month. Quin Maltais, a resident of Yukon who goes to school in Alberta, was stung by a scorpion moments before her plane landed - a bizarre incident that baffled both Maltais and the staff onboard.

Maltais was on an Air Transat flight from Toronto to Calgary on February 26th when she suddenly began experiencing what she described as a fluttering sensation on her lower back. Maltais initially believed the feeling to be the plane’s air conditioning blowing a cool breeze on her back. However, when the strange sensation developed into a “piercing pain”, she knew something was seriously wrong.

"As soon as the lights turned off again, closer to when we're literally about to land, I felt the piercing pain on my lower back, like, oh my God, something bit me,” Maltais explained to CBC.

The plane’s landing trapped Maltais in a terrifying limbo as she struggled to deal with the mysterious situation while stuck in her seat. When the lights finally turned on, she couldn’t believe her eyes. “I looked behind me on the seat, and then I saw movement, and there was a scorpion that was in the fold toward the back of the chair."

Paramedics arrived on the scene at around 10:30 PM and escorted the distressed Maltais off the plane. It was later confirmed by Emergency Services that although the young woman had been stung by the scorpion, whose venom can be deadly, she was not injured or in need of serious medical attention.

"I had a full-fledged panic attack … paramedics had to kind of keep me strapped to a heart monitor for a while cause I was just unable to calm down," she explained to CBC.

Airline officials still have no idea how the scorpion was able to get on the plane, but a spokesperson for Air Transat explained that there is a protocol for such occurrences, which are considered extremely rare:

"Although this is an extremely rare situation, it can unfortunately occur. Our teams followed the protocols in place and a complete inspection of the aircraft, as well as an extermination process, were carried," Air Transat stated in an email to CBC.