Enjoy your movie with a view! 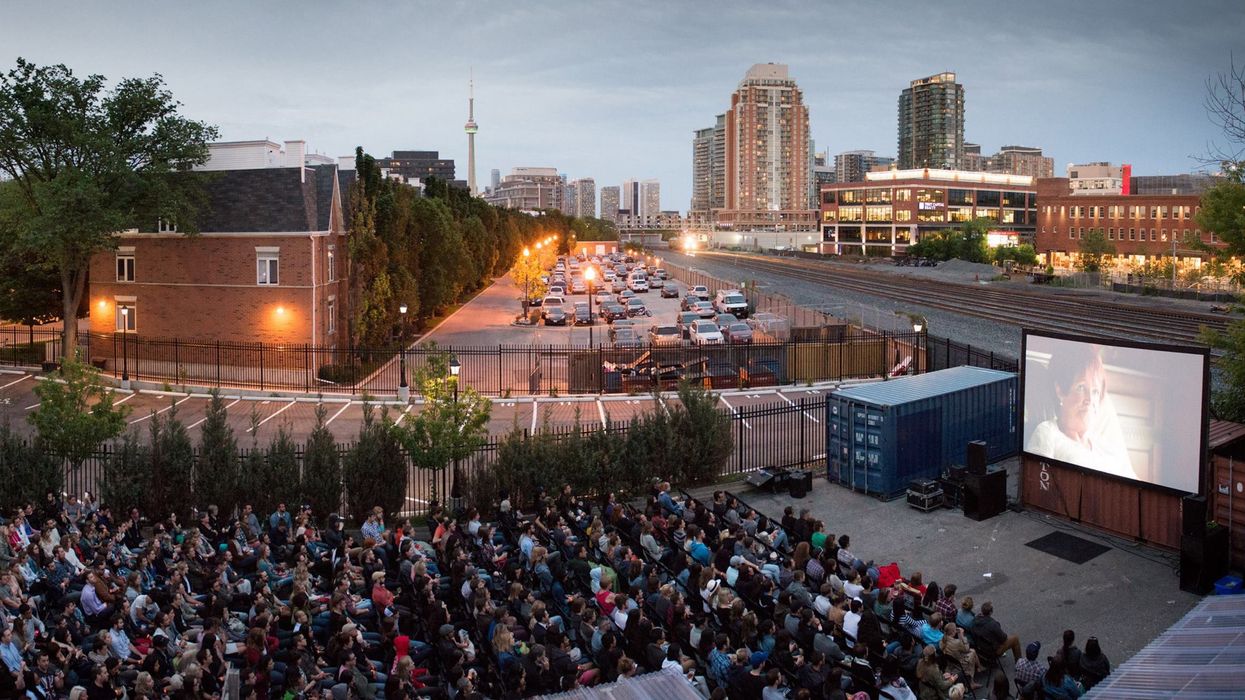 Summer is a beautiful time to be living in the city of Toronto. After a long, terrible winter spent mostly indoors everyone spends every possible second outdoors to make the most of the stunning weather.

I personally cannot wait until the sun is shining, it's a consistent 25+ degrees out everyday and drinks on patios are an almost everyday occurrence. If you're looking to switch it up though and get off your local patio for a different kind of chill outdoor adventure there's an outdoor film festival that you can't miss! The Open Roof Festival is held from June 20th until August 22th at Castlepoint Numa at 158 Sterling Rd every Wednesday night. Castlepoint Numa sits near Collage and Dundas West near Brockton Village.

The films are screened with the stunning Toronto skyline in the background, offering a breathtaking view at sunset. They'll have live music open the event, then they'll screen an amazing movie and you can purchase drinks and food on-site! Open Roof Festival is an entirely not-for-profit event that's almost entirely run by volunteers. They're all about supporting local, independent film makers and artists from Canada and around the world. All the profits from their events go towards Canada's independent film production and music communities.

Tickets to the event cost $15 and will include seeing an entire set to a new band you probably haven't heard of and can now discover and the screening of a new film! Food and drinks aren't included though. On May 23rd they're officially releasing the lineup of films and musicians that will be at the event for their 2018 season and tickets will also be going on sale!

You don't want to miss out on this amazing and unique party celebrating art and music in the city!