A Toronto area driver hit a man in a wheelchair then kept on driving and the entire accident was caught on video. 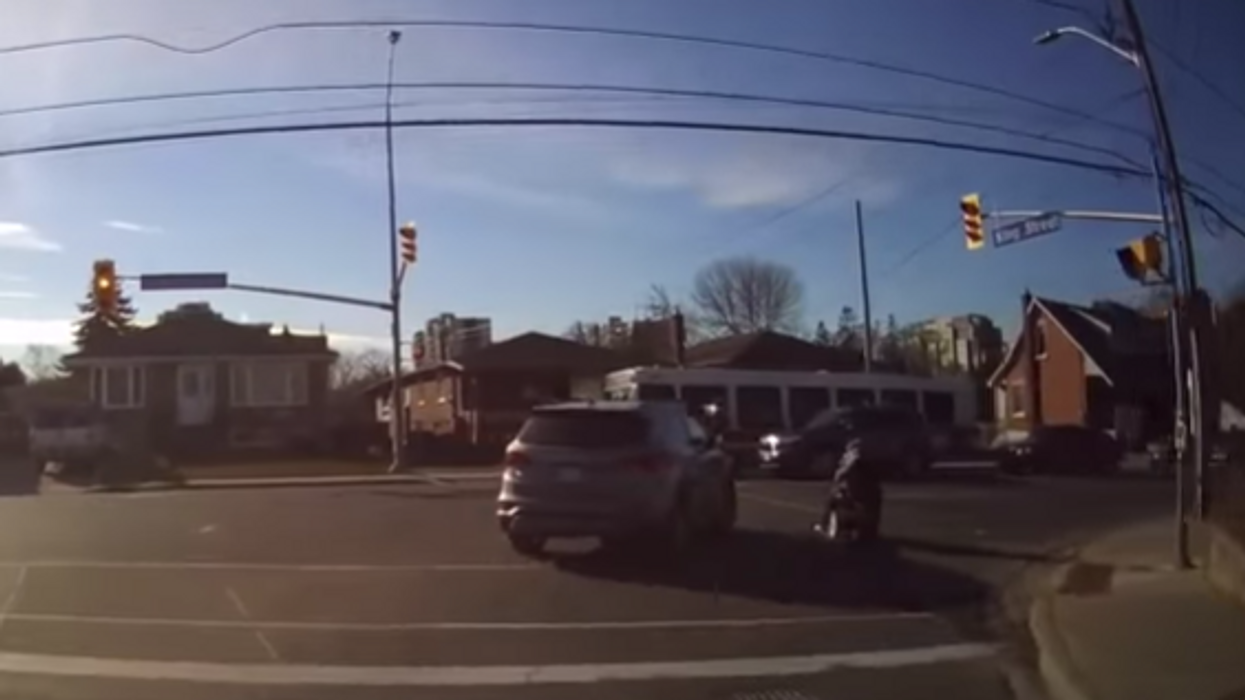 In what could have been a deadly accident, a Toronto area driver hit a man in a wheelchair and then fled the scene. The incident, which was all captured on another driver's dash cam shows the senseless accident and the driver speeding away as if nothing ever happened.

Fortunately, the man who was struck while attempting to cross the street was understandably shaken by the hit and had to be treated by paramedics at the scene, but he was not seriously injured in the accident. The incident took place on January 11th, around 1:15 PM at the intersection of King Street and Confederation Parkway in Mississauga.

While the driver in question drove away from the scene, several other drivers and pedestrians stopped to help the man in the wheelchair, who has not been identified by police. Among those who helped out the man was a pedestrian, identified by Mississauga News as Marilyn Aparicio. She told them that the hit and run made her sick.

The other person seen in the video helping the man is someone identified as Maria. She pulled her car over and quickly jumped out to assist the man. She was also the driver that managed to capture the entire incident on her dashcam.

Now Peel Police, who are investigating the hit and run, are using the video to try and identify the car and the driver involved. From the video and eyewitness reports, they have determined that the car is a light coloured, possibly silver Hyundai SUV.

Some people online, however, aren't as sympathetic to the situation. In response to the dash cam video, which was posted on YouTube, one person says that the man in the wheelchair is at fault for attempting to cross on a yellow light.

Another commenter says out that both the driver and the man in the wheelchair are idiots, the man for not stopping and looking before crossing and the driver for not slowing down for the yellow light and then also for driving away.

No matter how you look at it though, failing to remain at an accident, even if no one was seriously hurt, can be considered a felony. When caught, this driver will now be facing failure to remain charges. The penalties for this in Ontario are fines anywhere between $400 and $2000, up to seven demerit points, potential jail time to a maximum of six months, and maybe even a two-year suspension.