A Secret Group Is Hiding Free Money Around Toronto 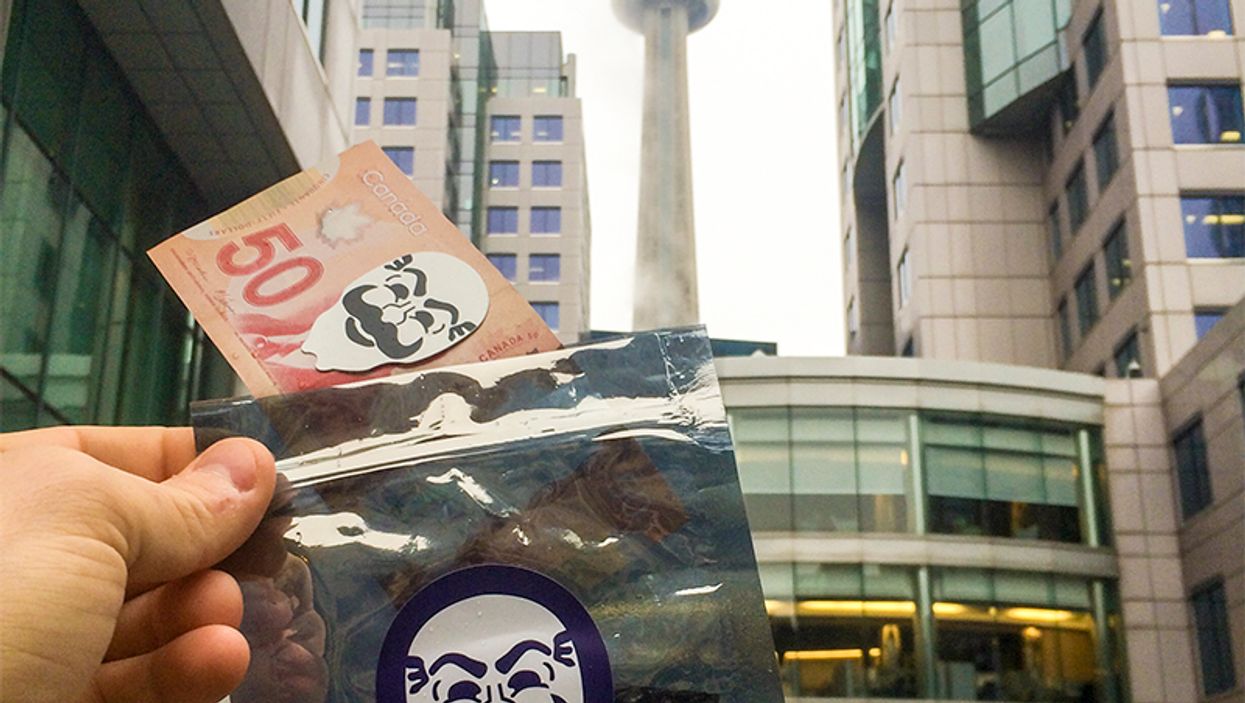 A new-binge worthy show, built around the concept of massive redistribution of wealth perpetrated by a hacker collective, deserves a promo campaign that is worthy of that noble goal, right?

It was actually a friend of mine who told me about this, after stumbling on what seems to be a scavenger hunt - ostensibly organized by 'fsociety'. Said scavenger hunt takes participants from the virtual world, to the real world, and then back again, with the reward being very real, cold hard cash.

Hold up: A scavenger hunt for real money? Okay, you got my attention, and apparently I'm not the only one:

So how can you get in on this? Easy: search #weareall1sand0s on Instagram and do a bit of cyber lurking. It turns out there are a bunch of these secret stashes hidden all around Toronto. So the only question now is: What are you waiting for!? Get out there, find one, and get yourself some of 'dat paper!