Powerful winds caused houses to flood near Fort Erie, Ontario, due to an ice shove in Lake Erie. 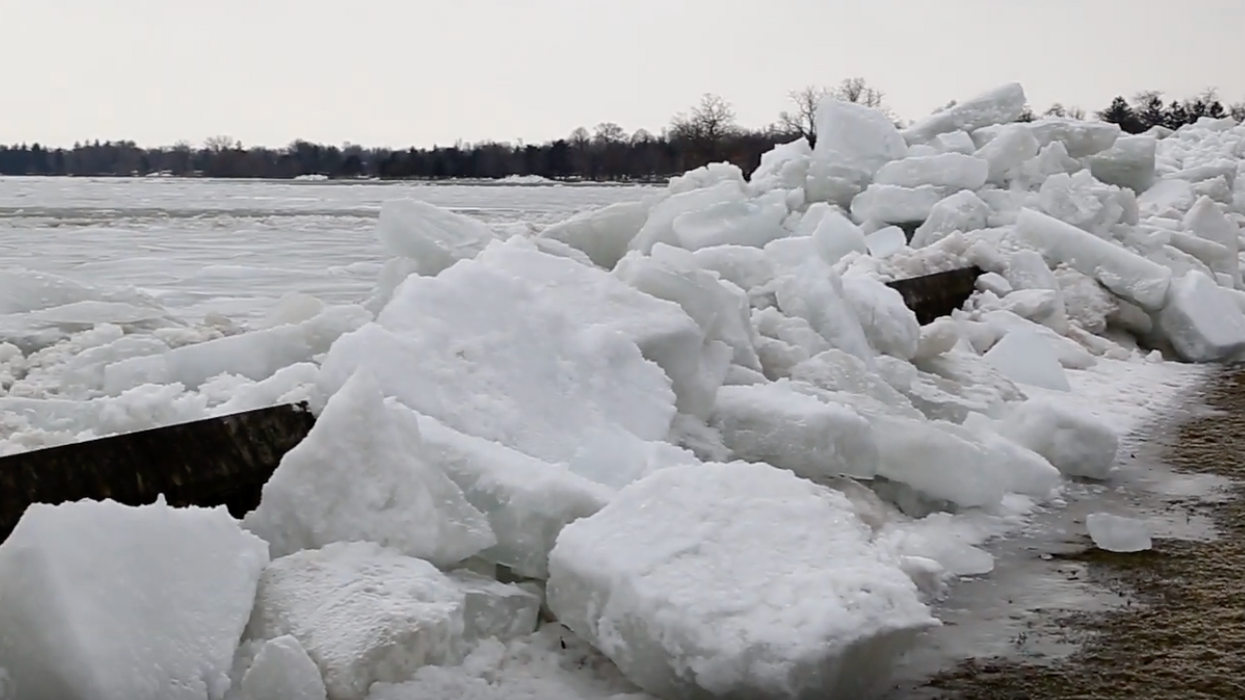 A 77-year-old woman from Port Dover, Ontario was rescued from her home by emergency crews when ice and water forced up by high-force winds flooded her house on Sunday. When yesterday's windstorm whipped through the province, Environment Canada issued both a wind warning and a blowing snow advisory for affected areas.  Trees were knocked down, trailers were tossed, and the Ontario Provincial Police were slowing traffic on major roads and highways.

But even worse, some residential areas in Ontario were completely covered in water, as wind gusts pushed ice and water from Lake Erie to the surrounding surface, causing water levels to rise and saturate the homes in nearby towns.

"As a result a 77-year-old female had to be rescued by the fire department," OPP Const. Ed Sanchuk explained.  "They got their little dinghy out and were able to successfully remove her and I don't believe she suffered any injuries at all."

Along Lake Erie and Lake Huron,  wind gusts speeds measured up to 120 km/h, according to The Weather Network.  Mitch Meredith, an extreme weather meteorologist with Environment Canada, explained that these strong wind forces caused water levels to rise, ice to break up, and even cause "jams" in certain areas.

This is a photo from our local CBS affiliate. The ice boom on the Niagara River broke due to high winds, and this is what’s happening on the shoreline as a result. Also our power is out and we’ve eaten all the ice cream. Save yourselves... pic.twitter.com/1rF3TkTJIJ

Looks like the Ice Boom between Fort Erie and Buffalo has broken apart.Quite the sight in Fort Erie pic.twitter.com/cvekyp2ptq

Right at the spot where the ice shove occurred. There may be more coming.... @weathernetwork @jwhittalTWN #OnStorm pic.twitter.com/U2LfW0BTti

In videos shot near the Peace Bridge in Fort Erie, Ontario, Weather Network storm chaser describes a massive "ice shove" pushing frozen chunks up over a breakwall and onto the path.

READ ALSO: The City Of Toronto Is Warning Residents To Avoid All Non-Essential Travel As Weather Conditions Worsen

The Niagara Parks Department also closed the Niagara River Parkway due to the wind and water hurling huge chunks of ice over the retaining wall.