One person has already contracted listeriosis. 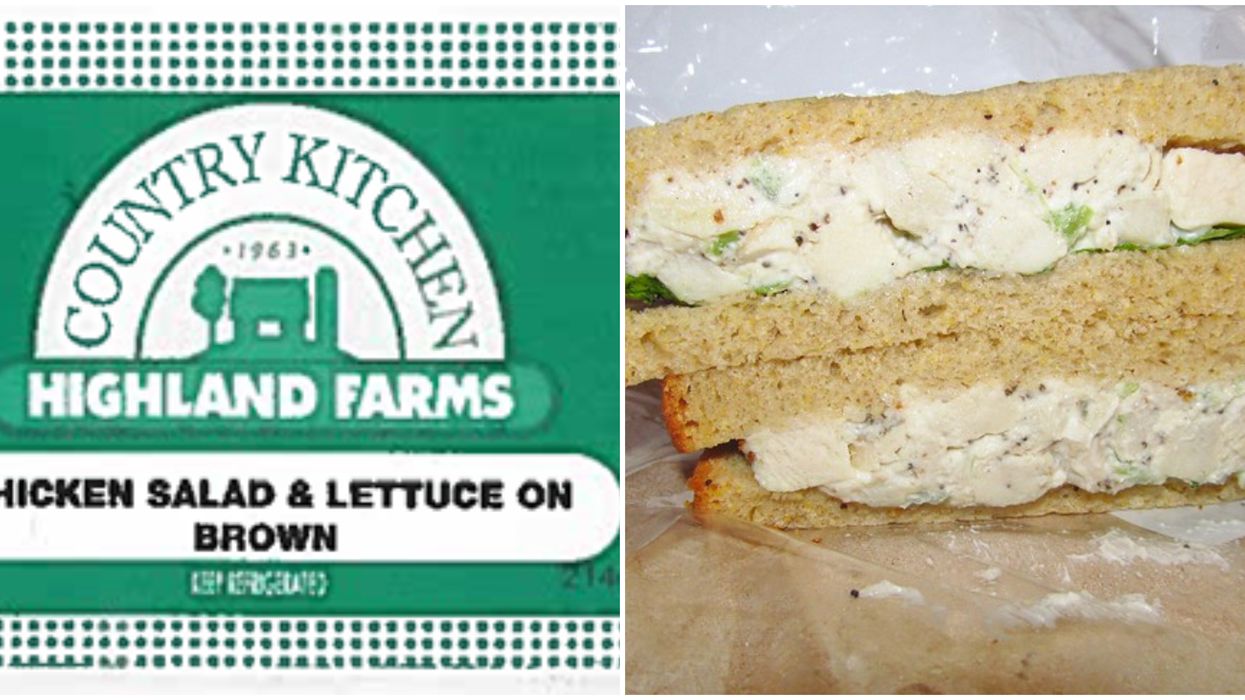 Get ready to have your appetite ruined. A Toronto Listeria outbreak has seen one person diagnosed with listeriosis after eating a chicken sandwich. A warning has been issued by public health officials after someone ate a chicken salad sandwich from a specific brand in the north of the city.

A York Region statement warned of a "confirmed case of listeriosis, associated with a City of Toronto resident. As a result of this investigation, York Region Public Health is notifying the public that Listeria monocytogenes was isolated in chicken salad sandwiches containing the following labels." The label in question is the one in this article's cover image, and can also be found below.

The statement adds: "The manufacturer of this product has voluntarily notified its retailers to ensure the contaminated product is not available for sale. To date, there has been no confirmation of reported illnesses in York Region linked to the consumption of this product. The originating source of the contamination is not known at this time and is still under investigation."

Ewilla Castellan-Wong, Manager of Health Protection for York Region Public Health, told Narcity: "Listeriosis is a rare but serious illness. The chicken salad sandwiches of concern are no longer available for sale to the public. York Region Public Health wants to ensure that anyone who may have consumed the product contacts their health care provider if they are experiencing symptoms."*

According to CTV News, York Region Public Health says that the potentially dangerous sandwiches in question are distributed by Classic Foods and sold at Highland Farms supermarkets. They were also sold at Classic Mobile food trucks in Markham and Richmond Hill.

These sandwiches were sold between the months of July and September, according to Global News. The retailers in question have been alerted of the products that are contaminated with listeria.

One Toronto-area resident has been diagnosed with listeriosis. Listeriosis is an infection caused by the bacteria listeria which most often affects the intestines. Symptoms of the rare and serious infection can include vomiting, cramps and fever.

According to the Government of Canada, ways you can get infected with listeria include via refrigerated smoked fish, raw or unpasteurized milk, soft and unpasteurized cheeses, and ready-to-eat meats like pâté, deli meats, and hot dog wieners.

This isn't the only danger of listeria exposure in Canada right now. Just yesterday, it was announced that a certain brand of salad and kale is on mass recall in the Maritimes over listeria fears.

Last month, meanwhile, a chicken recall spanned seven provinces, while two months ago, packaged cheese was also recalled in Ontario due to similar concerns of exposure.

They have also listed the symptoms of listeriosis so you can check the list out for yourself here if you fear you may have been exposed to the bacteria.

If you do happen to contract listeria, please contact a health care provider. The earlier the treatment, the better.

Narcity has also reached out to Highland Farms for comment.

This cover image on the right has been used for illustrative purposes only.