A Toronto Man Is Still On The Loose After Randomly Attacking People With Hammers, Knives, And His Car

Jourdain Durrant is wanted in a series of violent assaults in the city. 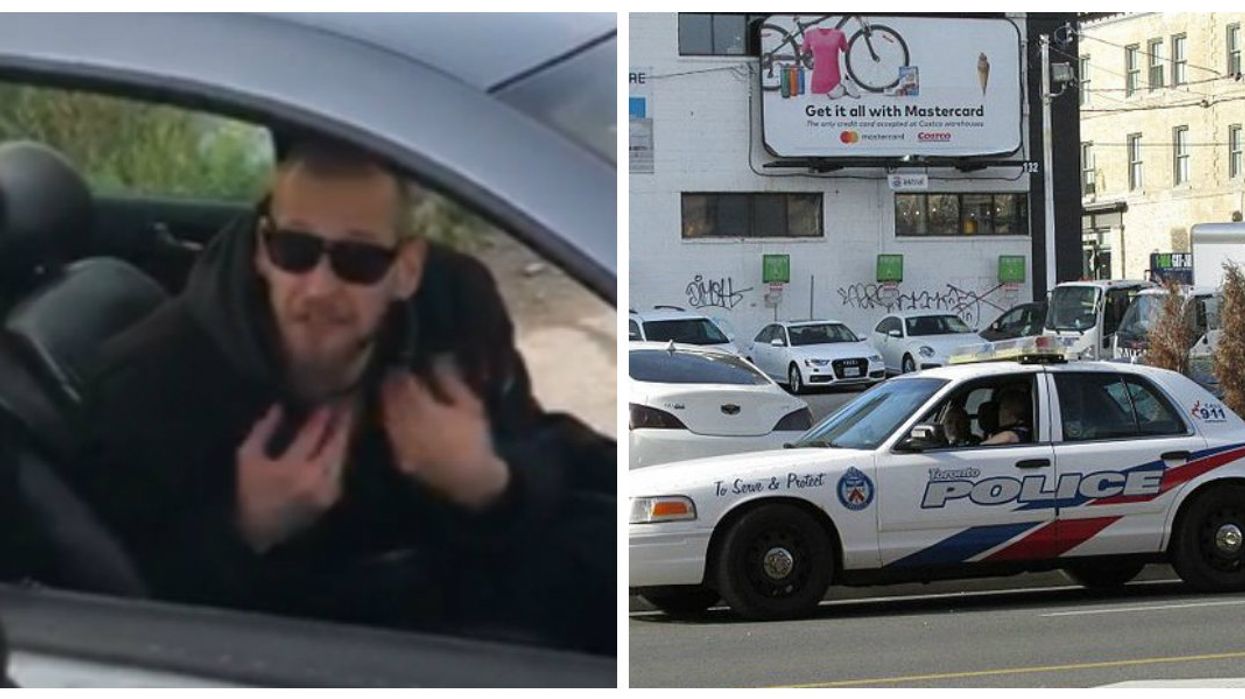 Update: Toronto Police say Jourdain Durrant has now turned himself in and faces 14 charges including assault with a weapon and dangerous driving causing harm.

Toronto Police are on the lookout for a local man who is believed to be responsible for brutally attacking and threatening at least four people in the city with various weapons, including his car.

Jourdain Durrant, who is 35-years-old, is wanted in a series of assaults that took place throughout the city recently. The random attacks, which took place between May 2017 and November of this year, all involved Durrant threatening or fully attacking people with either a hammer, a knife, or his car.

The first incident took place back in May 2017. Durrant is believed to have been driving erratically when a motorcycle pulled up beside him. Durrant and the rider got into an altercation which ended with Durrant reportedly striking the rider and running over him with his car.

Then there is a big break before the next reported incident which happened recently,  on October 29th. A couple pulled their car over to check for directions when a man, believed to be Durrant, pulled up beside them and began yelling threats. He pulled out a flare, a handgun, and a long knife. He ended up fleeing the scene.

The most recent and horrifying assaults both happening just last week. On Friday, November 16th Durrant is believed to have threatened two different people with a sledgehammer. In both incidents, it's reported that he got out of his car, wielding a sledgehammer and chased or yelled at the victims before eventually fleeing in his car.

The first victim was a 42-year-old woman standing on a corner in the Danforth area. The second victim was a 26-year-old man walking his dog in Merrill Bridge Road Park.

The most nerve-wracking part about these completely random and often unprovoked attacks is that Jourdain Durrant is still on the loose.

Police are now calling on the public to help them find Durrant but warn people not to approach him. He is considered armed, violent, erratic, and dangerous. He is around 6' tall, weighs 192 pounds, and has blond/reddish hair, and a short blond/reddish beard. If seen people are asked to call 9-1-1 immediately.