Police have released a new video of the terrifying moment a drive drove into a GTA community centre last week. 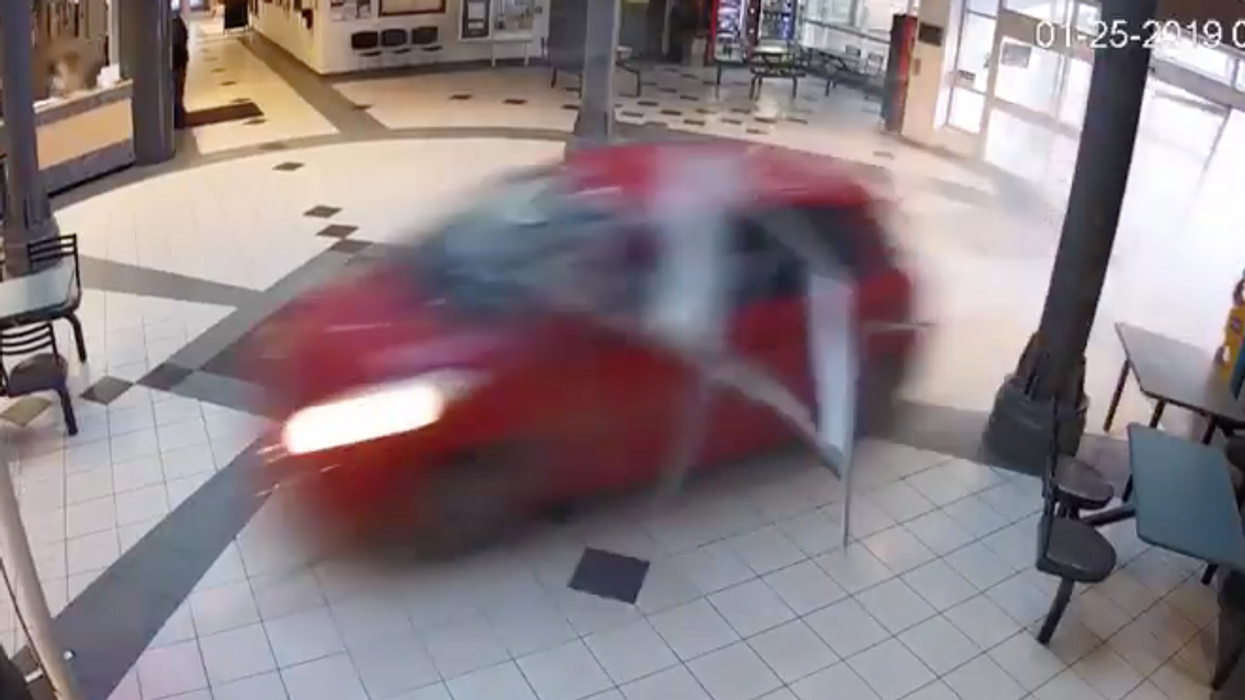 After a frightening accident last week, police have released a new video of the terrifying moment a driver drove into a GTA community centre. The incident took place on Friday, January 25th around 8:40 AM in Courtice, just 60 KM east of Toronto. In their original news release, police said they were called to the scene after reports that a vehicle had driven into the children's pool at the centre.

Durham Regional Police began investigating the crash and have since charged the 36-year-old female driver with dangerous operation of a conveyance (transportation vehicle), mischief/damage of property of $2000, and mischief/danger to property endangering life.

READ ALSO: There Have Been Over 300 Crashes In The GTA Because Of The Intense Snow Storm

Not only does the video show the car plowing through the walkway, foyer, and several doors, shattering glass everywhere, but it also shows a pedestrian just narrowly avoiding being hit by the speeding vehicle.

The video shows the red car, which has been identified as a Toyota, speeds through the barriers at the end of the walkway, smashes into the automatic doors of the community centre, and then plows through the lobby taking out a large sign along the way.

The video doesn't show the moment the car landed in the pool, but it does reveal that the incident all happened very quickly. The entire video is only six seconds long.

The charges against the driver don't include impaired driving, which indicates that wasn't a factor in this crash. Durham Police, however, have looked at the possibility that this is related to mental health.

They even detained the driver on the scene under Ontario's Mental Health Act which allows police to hold and bring people to a doctor or facility if they believe that the person is a danger to themselves or others.

The driver was also held for her bail hearing. Police are now asking anyone who may have been in the parking lot or at the community centre at the time to come forward.