Choose your own icing flavours and toppings! 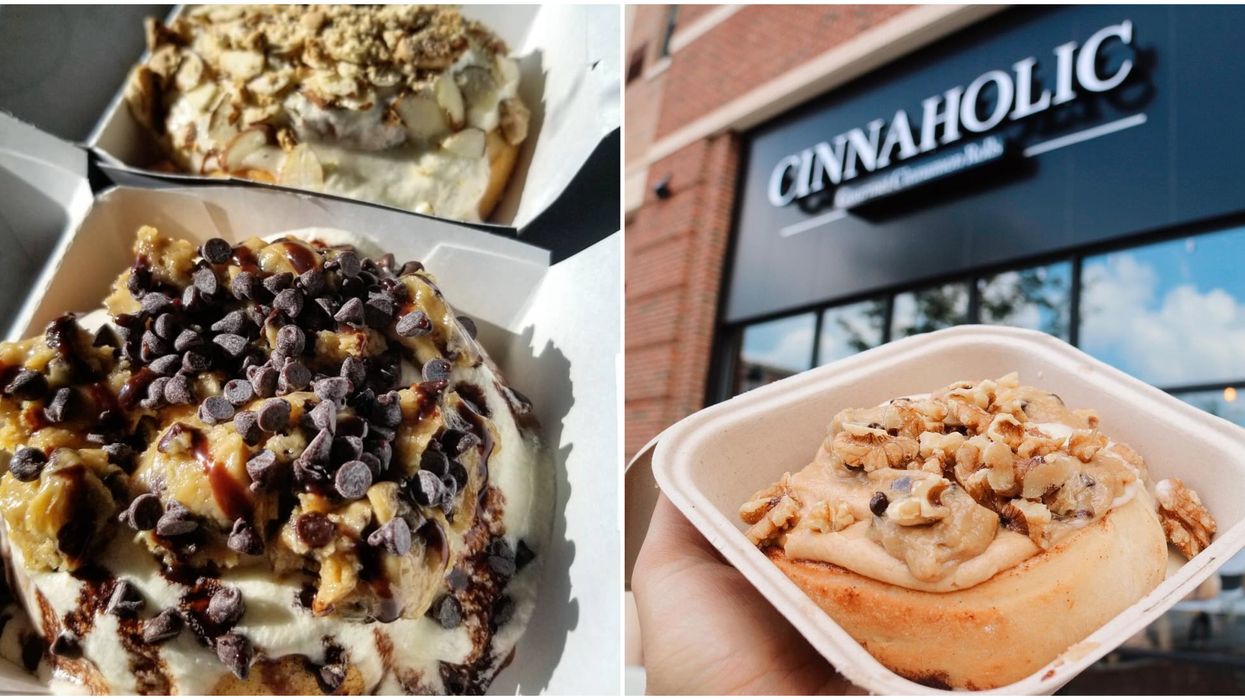 There's something about the sweet smell of cinnamon mixed with rich icing sugar in the air that attracts all of us. You know that smell when you walk past a bakery in the morning and you catch a whiff of fresh cinnamon buns that just came out of the oven; it can't get any better than that!

There's a new cinnamon bun shop in town and not only are they completely vegan and plant-based but they're also DIY! This American chain started in San Francisco and now they've made their way to Toronto with their Ontario debut, opening up a total of 3 new locations!

Cinnaholic officially opened up their brand new Toronto locations this summer and they're already a huge hit! Not only are they 100% vegan and dairy free they also allow you to choose from a huge list of 30 different icing flavours and 20 unreal toppings to go on your fresh baked roll.

Some of their delicious frosting flavours include cake batter, cream cheese, chai, marshmallow, peanut butter and even banana cream! Their unreal toppings include cookie dough, brownie bites, strawberry jam, pie crumble, fruits, graham crackers and so much more. You can mix and match the frosting and toppings or choose some of their pre-made flavours! The first Toronto location to open is located at the Promenade Mall in Thornhill. They are also planning on opening two more locations in the city very soon including one on The Danforth and the other in Scarborough!

These are just the first of many Canadian locations to come for this amazing bakery. They plan on opening over 70 more locations across the country so everyone can enjoy their vegan deliciousness!