The 18-year old just got charged for hitting two other vehicles before trying to run down her victim. 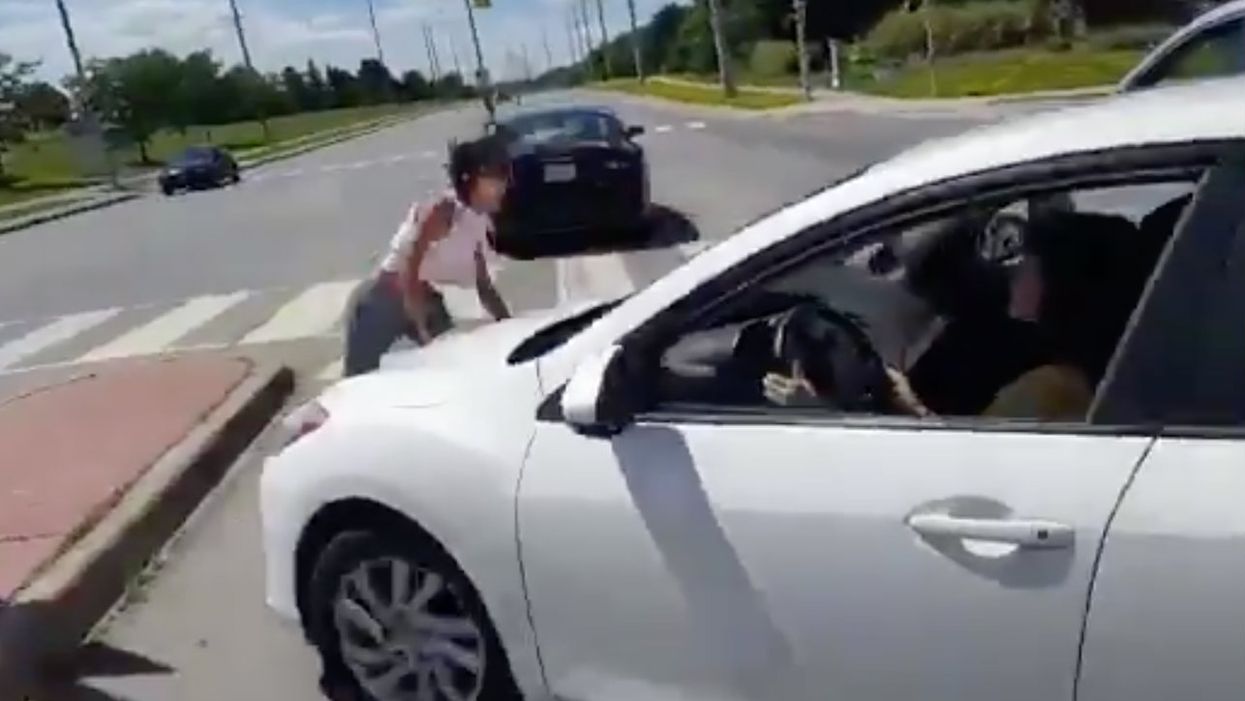 While many people were out enjoying the sun over the weekend, one Brampton teenager landed herself in seriously hot water after hitting multiple vehicles and then fleeing from the scene.

Even worse? Not only did she run away from the accident, she made matters worse when she nearly ran over her victim after a lengthy fight full of swearing.

My sister was almost killed by a deranged driver in Brampton today. Driver hit two cars, including my sister’s, and ran her over. Hit and run. @PeelPoliceMedia are searching for her. If you recognize her, please report to police. @CP24 @globalnewsto @CBCToronto @CTVToronto pic.twitter.com/3WklbwmEQo

On Friday, August 10 the driver of the white Sedan hit two vehicles while on the roads before they all pulled over in an intersection. After causing the accidents the woman is seen trying to leave the scene, which is not only distasteful but actually illegal to do.

Instead of waiting for the police like the rest of the victims, the driver flees. While other victims remained on the side of the road, one lady stood in front of the car so the teenage driver wouldn't move. Sadly, that led to her nearly being run over while she escaped the scene.

The video was posted by the female victim's brother on Twitter but was originally captured by the first person who was hit by the white Sedan. They also were able to grab the license plate number before the woman fled.

UPDATE: The driver of the vehicle, Carly Napoli, has been arrested and charged with 2 counts of “fail to remain at scene of accident” and 1 count of “dangerous operation of motor vehicle”. Thank you to @PeelPoliceMedia for keeping our streets safe. https://t.co/DeYkecn8wF

The police were looking for the driver and have now have identified her as 18-year-old, Carly Napoli. She will have to be seen in court in September after receiving three charges.

Napoli has been charged with two counts of failing to remain at the scene and one count of dangerous operation of a motor vehicle.