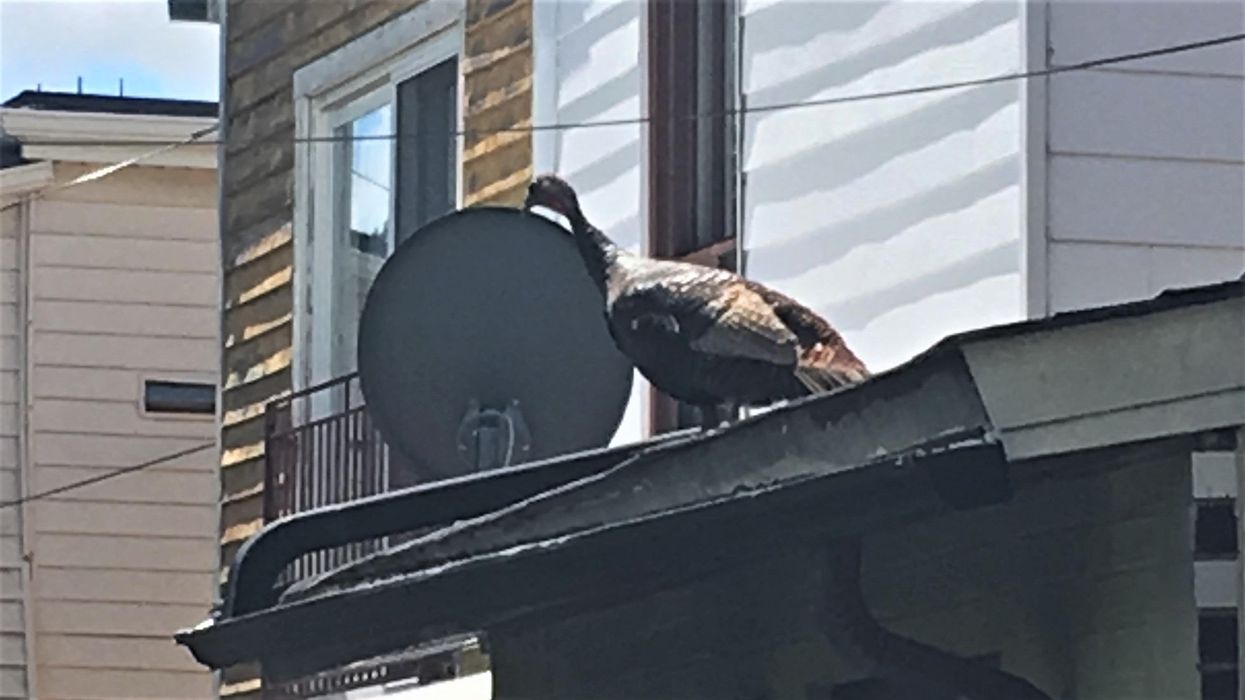 Toronto is supposedly a concert jungle, but sometimes it seems that with all of the random wildlife sightings that happen that really it’s just a normal jungle.

One of the more common things to see in the city is the wild turkey, how they always seem to pop up here is anyone’s guess.

Well another one of these birds has been spotted in Toronto today. In a photo below which was posted on Reddit you can clearly see this turkey  has some ninja-like skills for a supposedly flightless bird.

This specific bird has somehow managed to get up on top of someone’s roof.

A wild turkey has been roaming around my street

However it got on a roof, and people commenting on the post are having a field day with it, with some suggesting that the person who posted it should eat it.

This of course is not the first wild turkey to run into the GTA, a few months ago one chased a man down the street in a video that went completely viral.

And then in Ottawa one turkey caused a massive commotion by wandering right into the middle of a downtown street stopping traffic.

Maybe the Canada goose isn’t actually the bird we should have representing us with the rate that all of these wild turkeys keep appearing in our lives.