The poor guy doesn't even know what poutine is! 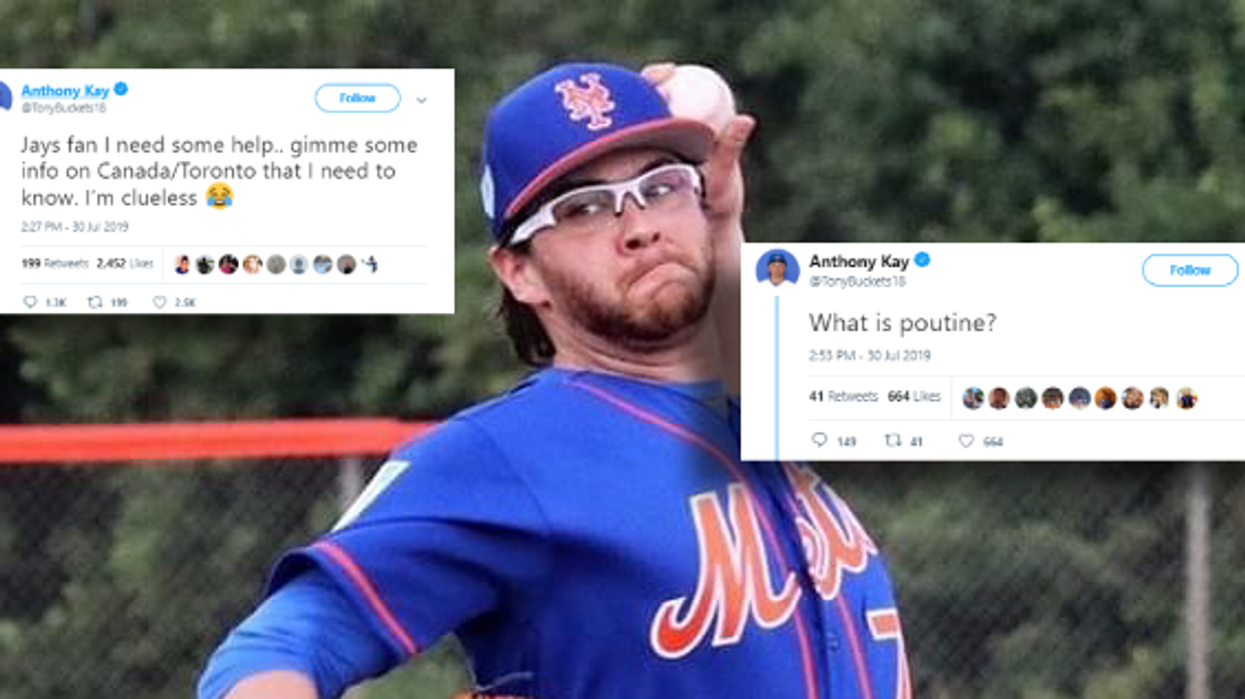 The Blue Jays' new pitcher has a lot to learn about how we do things here in the north. Anthony Kay, who the Mets traded alongside Simeon Woods Richardson for Marcus Stroman this month, set his social media on fire this Tuesday after he posted a series of questions about Canada on Twitter. Thankfully, fans were quick to show him the ropes.

Kay kicked off his questionnaire about Canadian culture with an adorable call for help. “Jays fan I need some help.. gimme some info on Canada/Toronto that I need to know. I’m clueless,” the pitcher wrote. It didn't take long for fans to realize that he wasn't exaggerating — he's genuinely clueless about Canada.

Kay asked about everything from hockey to poutine. The new Jay also had some things to say about how we bag our milk and spell our words:

But, fans were there to help him to tackle the tough questions:

Blue Jay fans heavily criticized the decision to trade Stroman instead of extending his contract. The powerhouse pitcher was a beloved figure in Toronto, and it is still unclear if Kay and Woods Richardson have what it takes to fill his shoes.

According to Yahoo Sports, Kay was the Mets’ top-ranked pitching prospect. The 24-year-old was a 2016 first-round pick who fires a fastball that usually shoots in the 92-94 mph range and is known to throw a dynamite curveball.

Kay is also a Tommy John surgery survivor. A surgical procedure in which a healthy tendon is extracted from an arm or a leg and is used to replace an arm's torn ligament

Hopefully, Canadians will continue to make the young pitcher feel welcome, and he will be given a fair shake at finding his own place in the baseball world.