New studies show you’re going to want to toss it, like, yesterday. 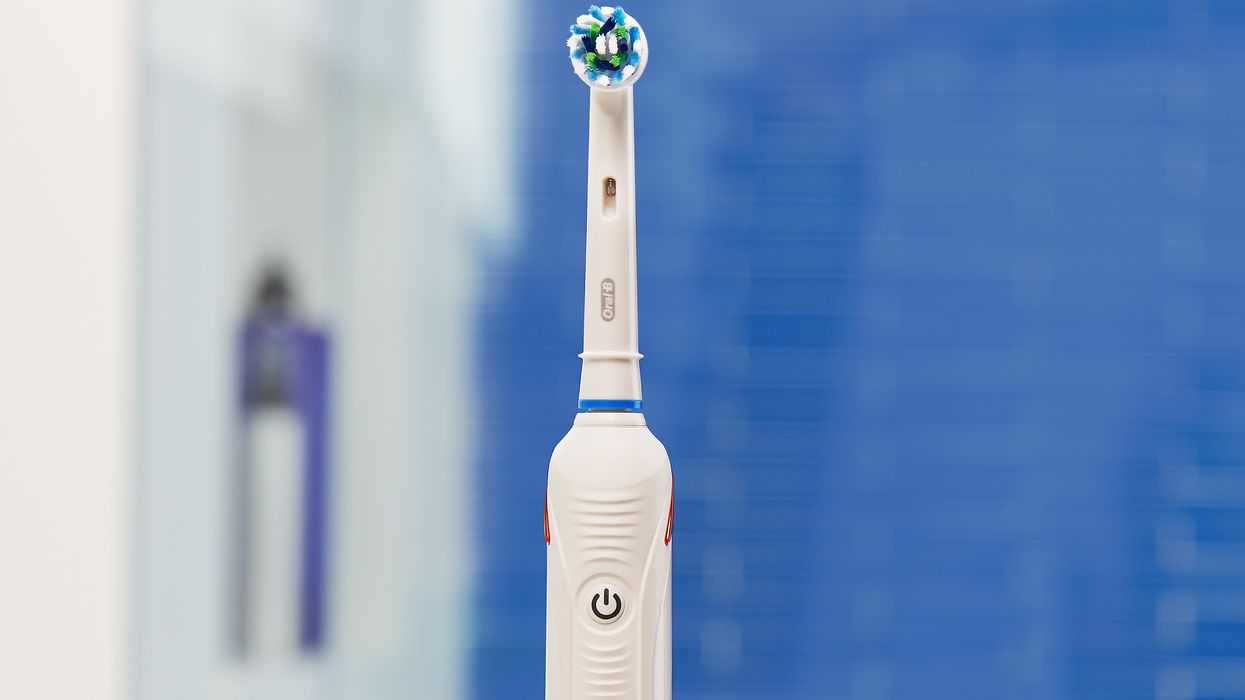 When you wake up in the morning, what's the first thing you do? I mean, other than checking your phone for a half hour and contemplate ruining your whole life for an extra five minutes of sleep, of course.

And the best way to do that, friends, is to change it frequently. According to studies, up to 100-million bacteria (!) can actually live on your toothbrush... which, considering you put it in your mouth every day, isn't a super fun stat to think about.

Other than that horrifying fact, using your toothbrush repeatedly actually wears it down and makes it pretty much useless. That means, over time, you're basically just spreading bacteria around your teeth. Amazing. Defs NOT what your dentist recommended.

New toothbrushes, though, clean 95% better than one that's been sitting on your bathroom counter for months, plus removes up to 30% more plaque. New ones also won't harbour as many bacteria as the one you've been using for the past six months; in fact, there are even special toothbrushes you can get that are designed to remain as bacteria free as possible.

Oral-B's toothbrushes and brush heads with Bacteria Guard Bristles, for example, are made specifically to keep your brush clean. Infused with silver ions as an antibacterial agent, the bristles prevent microbacterial growth for up to three months, so you can brush knowing you're actually keeping your mouth clean. (What a novel idea, amirite?)

Why the three-month mark? Well, three months is actually KEY when it comes to toothbrush - and oral! - health. At that point, most toothbrushes are ready to be thrown TF out and replaced. So get to it!

Three months is also ideal because you'd want to replace your brush right before it becomes an ineffective bacterial mop. And if your bristles are worn out, frayed, or feel flat when brushing - toss it out. The idea here is to get rid of your toothbrush BEFORE it gets to that point, so if it's starting to show its use, it's absolutely gotta go.

While Oral-B's Bacteria Guard Bristles still need to be replaced at the three-month mark to reduce the risk of ineffective brushing, thanks to their antibacterial silver, their bristles do keep your brush clean for at least that long. So you know for sure that while you're brushing within the three-month bracket, your bristles will remain squeaky clean... and so will your mouth!

Oh, and PS? April just happens to be National Oral Health Month in Canada. So it's totally fitting for Oral-B to celebrate by making us aware of the crucial three-month/new-toothbrush rule. Remember: If it looks frayed, or if time's run out for your bristled friend, get yourself a new, fancy brush. You deserve it, as do your pearly whites!