The Toronto Maple Leafs star will have a hearing on Wednesday. 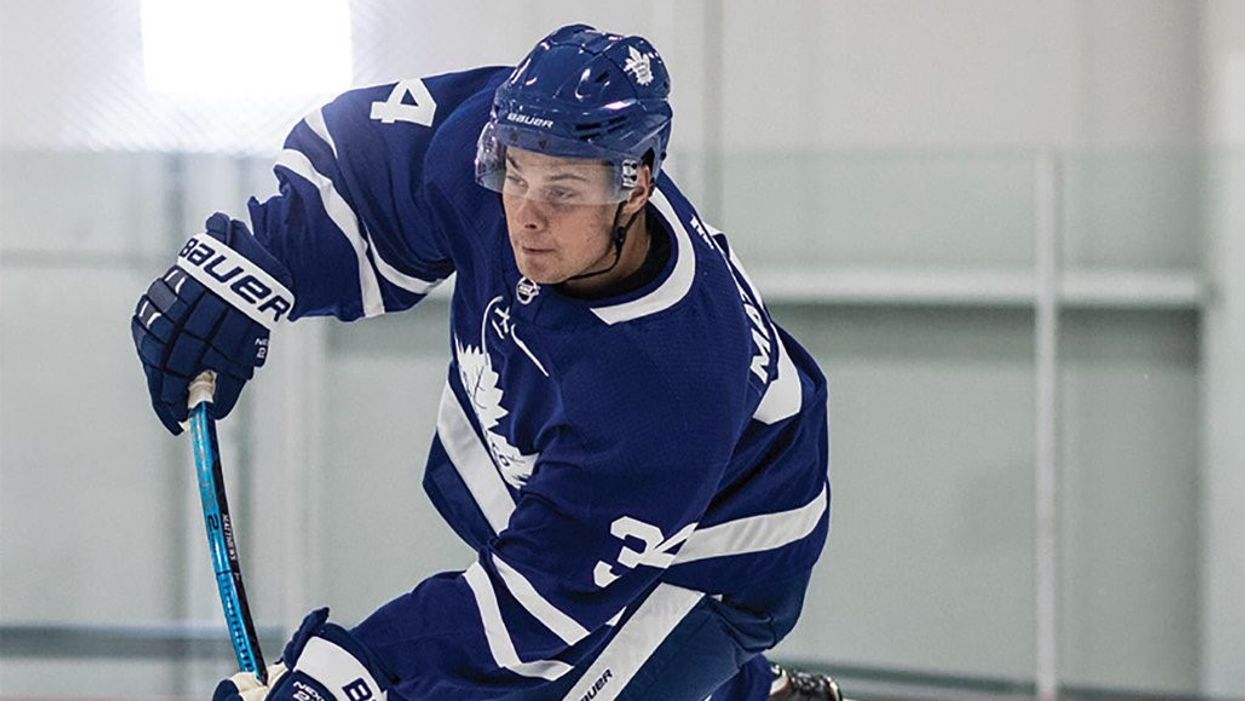 He could be about to become Toronto Maple Leafs new captain, but he's now in trouble south of the border. An incident dating back to May has seen Auston Matthews charged with disorderly conduct in his home state of Arizona. The charge concerns an incident in which Matthews allegedly pulled down his pants and grabbed his butt in front of a female security guard.

According to Arizona's ABC15, Scottsdale police say they investigated an incident that reportedly occurred on May 26, 2019. Matthews allegedly played a prank on a female security guard at a condo complex by pulling down his pants and grabbing his butt in front of the guard.

TSN states Matthews is charged with one count of disorderly conduct and disruptive behaviour or fighting.

Police reportedly assessed surveillance footage which showed the Arizona native walking toward the building's elevator with his pants around his ankles.

The incident allegedly occurred at around 2 a.m. when the guard got out of the car after hearing a noise. She told police that Matthews and several friends were present and told her upon being confronted that they jiggled the door handle because "they wanted to see what she would do and they believed it would be funny to see how she would respond."

Officers were allegedly unsuccessful in contacting Matthews and ultimately sent the case to the city prosecutor's office.

Matthews has a preliminary hearing for disorderly conduct in Scottsdale City Court on Wednesday, but according to TSN he is not required to attend in person. CBC reports that his hearing is set for 11:30 a.m. EST.

In a statement, the Leafs said they are aware of the complaint and that Matthews is cooperating fully with law enforcement.

Matthews took to the ice for Leafs practice as planned on Wednesday morning.*

It's pretty high-profile news that Matthews is a leading contender to be the new Leafs captain. Whether this ultimately affects his status or results in a conviction remains to be seen.

None of the allegations against Matthews have been proven in court.