Freddie's not having AM34's suggestions, though! 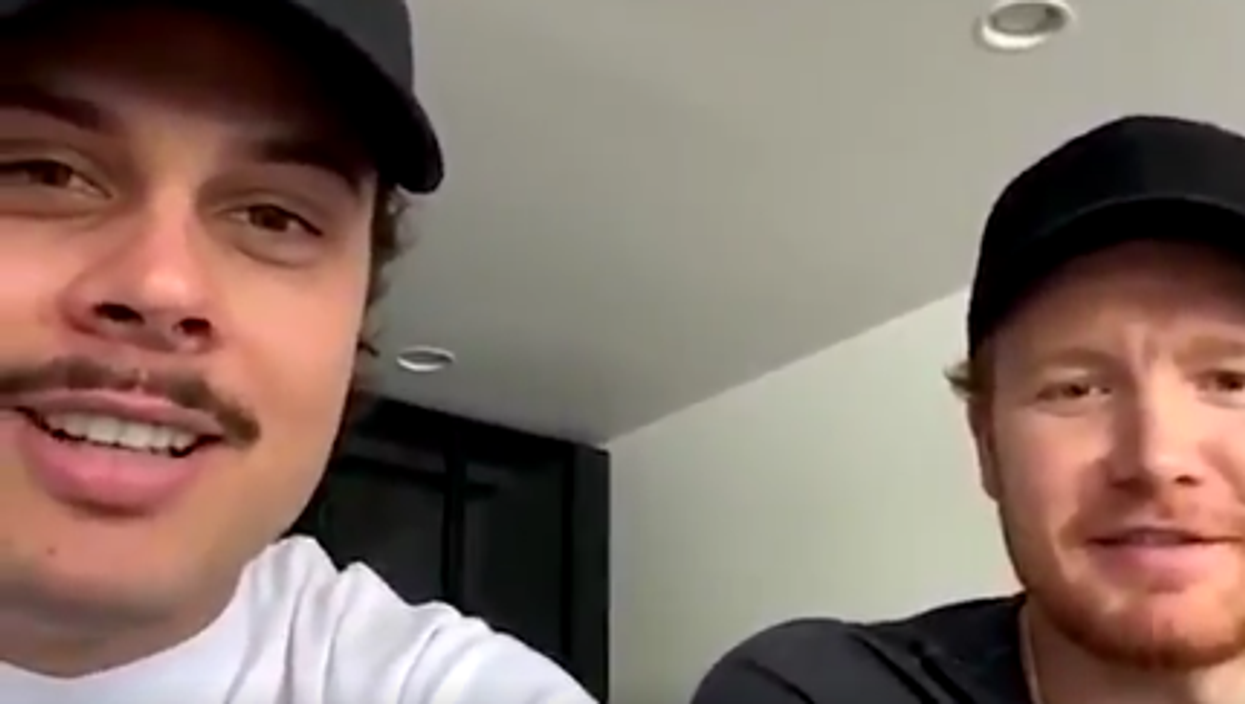 For many of us, social distancing means we’re spending way more time in front of the TV. And if you’re feeling a tad embarrassed about the questionable content you’ve been consuming lately, don’t worry, you're certainly not alone. Toronto Maple Leafs goalie Frederik Andersen is being forced to watch cheesy reality TV shows with Auston Matthews in isolation and it’s too relatable.

Matthews gave a conference call this week in which he spoke about what he's been getting up to in isolation in Arizona, where he's holed up with teammate Andersen.

And, according to TSN’s Kristen Shilton, Matthews got into the renowned reality show Love Is Blind because “it was right there.”

Honestly, isn’t that how all of us got into it, if we're honest?

"I don't know what the appeal is, it's pretty awful, but I can't turn back now,” Matthews said, per Shilton.

Earlier in the week, Matthews took some time to gush about his favourite couple from the show (Mark and Jessica, if you're interested) with his pal Justin Bieber on Instagram as well.

Honestly, it sounds like he’s pretty much a Love Is Blind expert by this point.

However, it very much sounds like Leafs goaltender and social-distancing buddy Andersen doesn’t share the same appeal for reality TV.

In fact, according to Yahoo! Sports Canada, Fred can only handle a few episodes before he needs to do something else with his time.

We all have that one friend, right?

Matthews isn't done forcing his choices on his isolation buddy, though.

Now Love Is Blind has been fully consumed, he's moving on to Love Island and taking Andersen (reluctantly) along for the ride.

Um, can we get a virtual viewing party going already?

However, in an interview on the Toronto Maple Leafs' Instagram, Matthews says there are only 14 episodes left until they move onto watching Ozark.

We imagine Andersen will happy with the change of pace, to be honest.

Leafs fans adored the idea of Matthews forcing Freddie into watching reality shows, though. Some even requested that the hockey pals start their own show.

“I would like 500 episodes of Keeping Up With Auston & Freddie, starting tomorrow pls,” one fan wrote.

Where do we stream that?

I’m really not over the fact that auston is forcing Freddie to watch love island with him in quarantine. Freddie’s… https://t.co/OjdKDvT8sv
— Dani (@Dani)1586399919.0

it's gives me so much joy to know that Freddie Andersen and Auston Matthews are spending their quarantine watching Love Island together
— rach 🌸 (@rach 🌸)1586325518.0

While in Arizona, Matthews and Andersen have also been levelling up their snack game.

The pair have been competing to see who can create the perfect trail mix blend.

We love a good isolation snack to accompany our reality binges too!

But if there's one thing this episode has taught us, it's that we need to say a prayer for Freddie's patience.