Talk about Putin your bro in second place! 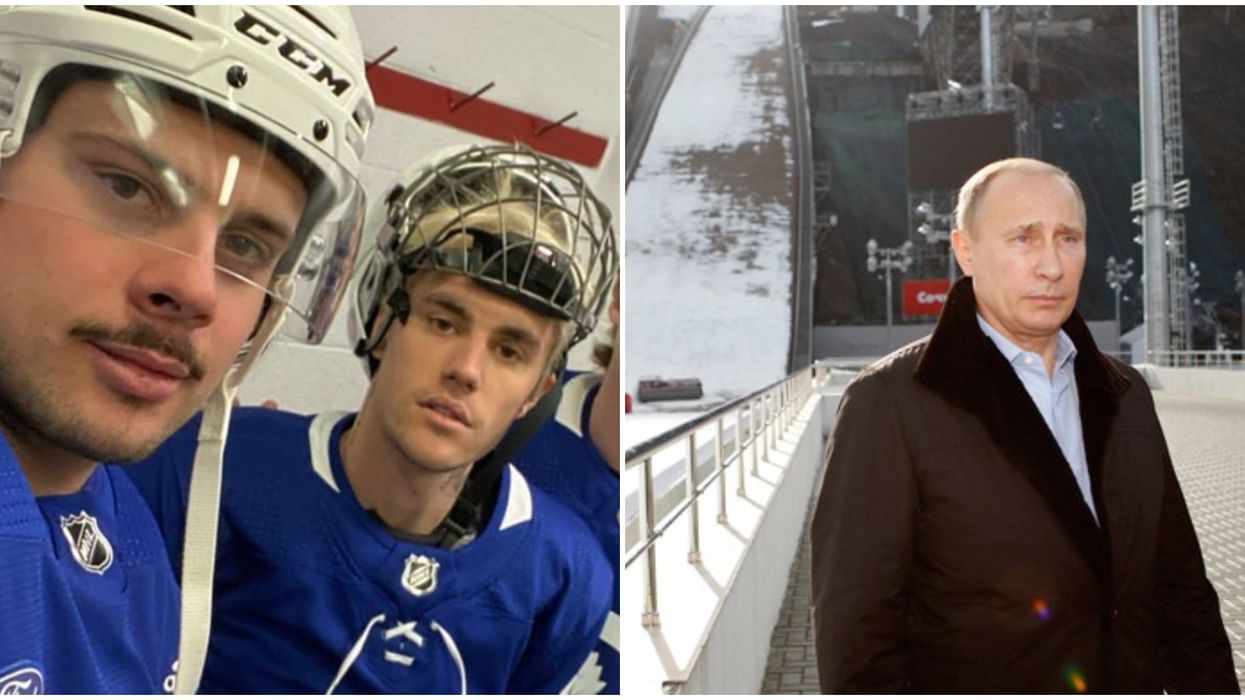 The 'stache bros are at it again. By now, we all know that Justin Bieber’s skills include more than just singing, with his on-ice talent spilling out into the hockey universe as well. But does the long-time Leafs fan have what it takes to go skate to skate with Vladimir Putin? Auston Matthews' Justin Bieber comments seem to suggest he doesn’t think so.

In a recent interview with Men in Blazers, Matthews revealed that his fellow moustache aficionado is actually a skilled hockey player.

And a goal-hungry player, at that.

“He’s a good player,” Matthews stated in the interview.

Sounds to us like Bieber's an asset on the ice, if a little selfish.

When subsequently asked how the Biebs stacks up to the world leader, Matthews jokingly said: “I guess I’ll put him at number two, for my own safety.”

While he may not be eight-goals-per-game good, the Biebs can certainly show Jimmy Fallon a thing or two.

So, who knows, maybe a new career is on the horizon, even if Wayne Gretzky seems to think not.

Although, who knows how much of Matthews' assessment was influenced by his bromance with Bieber?

After all, between playing together on-ice, hanging out at Bieber's Toronto "funhouse," and generally being the cutest self-appointed stache bros around, it’s safe to assume AM34 has pretty good insight into Bieber’s hockey game.

And with all of JB’s loud and proud support for his favourite NHL team, we bet he’s got a good idea of Matthews’s skill level, too.

It’s interesting that Biebs would rank number two over the locker room full of NHLers that Matthews sees on the regular.

Though, if the team is taking Mitch Marner’s social media blackout suggestion, perhaps they’ll never find out where they rank next to a Canadian musician and a Russian president

As for those fans in LA who booed Bieber and his Leafs jersey last weekend, maybe he just needs to challenge them to a little puck in order to get even?