What would AM34's 'stache squad think? 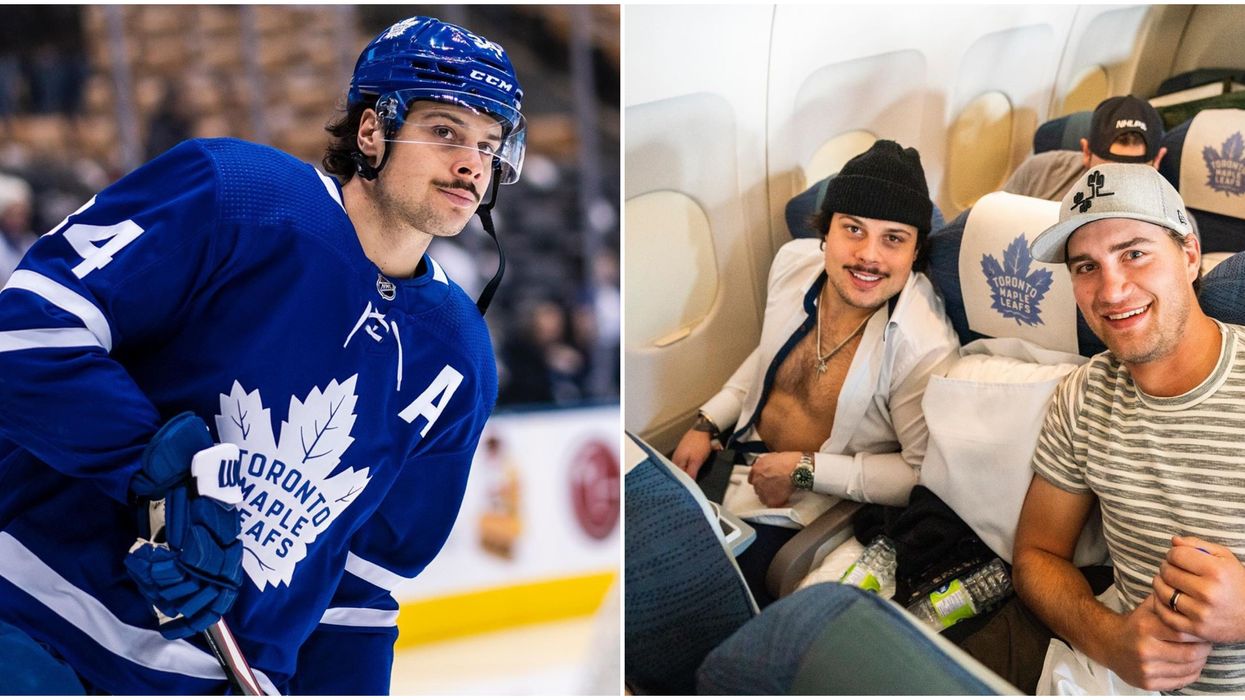 Leafs fans have had their feelings, both good and bad, about star player Auston Matthews' moustache since its early stages as little old stubble. But now, some are pointing to the iconic 'stache as a source of bad luck for the team. And Matthews has admitted he’d consider shaving it after the season ends.

When asked by Sportsnet's Shawn McKenzie if the facial fuzz is here to stay all season long, Matthews admitted he can't be sure at this stage.

"I actually just shaved so I don’t know if there's a timeline on it, maybe for the rest of the season, see how it goes," Matthews says in the video clip.

"Hopefully, it brings a little good luck and then we'll come back around to it in the summer, probably.”

Between a mid-season coaching change and numerous injuries, it’s safe to say the Leafs are experiencing a bit of bad luck this season, but is it really tied to some facial hair?

Plenty of fans certainly seem to think so, at least.

One Twitter user wrote: “Toronto’s lack of success can be blamed solely on Auston Matthews mustache.”

If he does end up shaving, we'll be mourning the loss for a while.

After all, he’ll have to adapt his Freddie Mercury impression for 2020, and that Ron Burgundy look won’t be the same either.

And, if you've been keeping up with Justin Bieber's bromance with Matthews, you'll know that the two are full of moustache pride and support for one another.

So, maybe it seems unlikely that the facial hair is going anywhere anytime soon.

That's despite fans apparently turning on AM, blaming his hairy upper lip for an underwhelming team record this season.

At what point do we blame the shitty luck we’ve had this season on Auston Matthews’ moustache?
— Doug Doucette (@Doug Doucette)1582749932.0

"At what point do we blame the shitty luck we've had this season on Auston Matthews' moustache," asks one of the tweets.

It should be noted, though, that others appear totally on board with the controversial upper lip hair.

Just look at the squad of loyal stache-lovers that showed up to a recent game.

The two-part video Sportsnet interview also revealed Matthews' ideal vacation destination and his favourite spots to shop in the 6ix.

Naturally, the fashion icon has been loving that new Dior store in Yorkdale Shopping Centre. But he says he'd be an Yves Saint Laurent guy if he had to wear one brand for the rest of his life.

Yeah, yeah, Auston, you're a fashion icon and all, but would the Leafs' luck turn around if you took a trip to the barber?

We guess we'll have to wait and see.