Matthews is slowly becoming one of us. 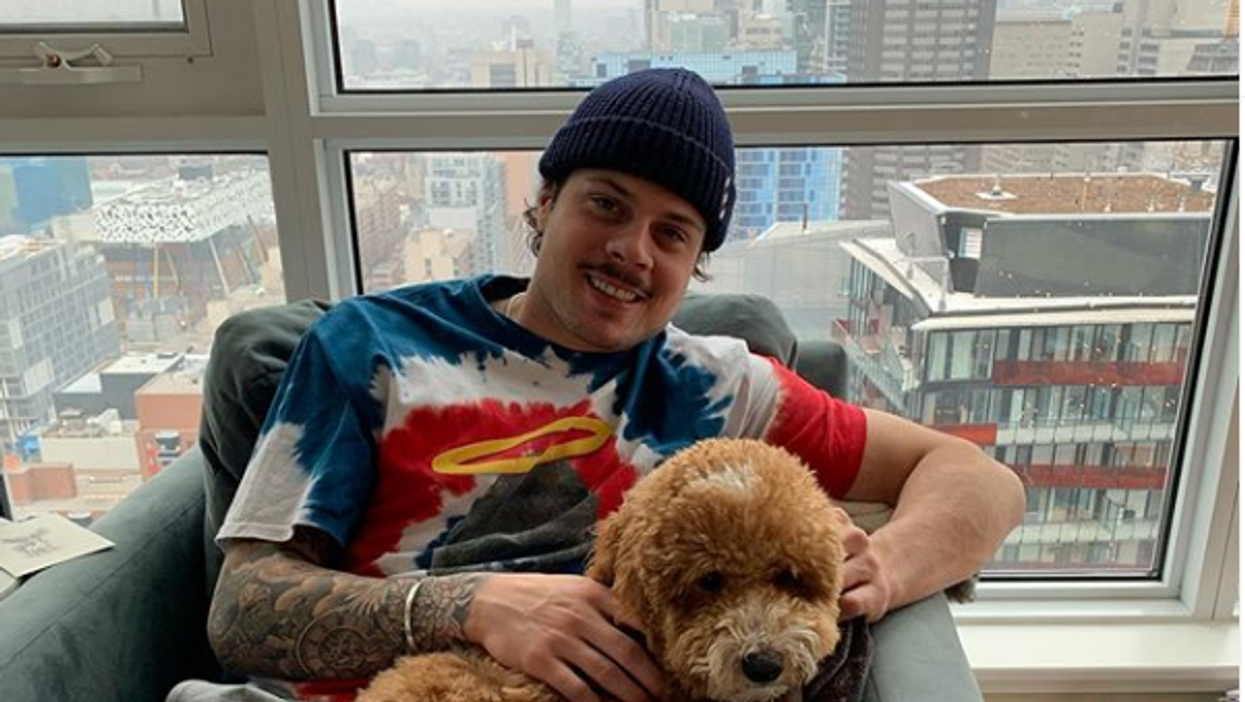 What does it mean to be Canadian? Definitions are bound to vary, depending on which stereotype you want to associate with, but overall, Canadians are assumed to be kind. The world mocks us for being overly polite, a characteristic Toronto Maple Leaf’s star Auston Matthews honoured earlier this week.

Despite being born in California, Matthews proved just how Canadian he is becoming on Monday after visiting with a 71-year-old cancer-stricken Leafs fan.

The 22-year-old met up with Donna Thomson, a superfan who was recently diagnosed with stage 4 lung cancer after a neighbour helped organized the meeting through a Facebook post.

“There are no words, there really are not,” Donna Thomson told CTV after meeting the NHL All-Star. “I can’t express how I feel. I mean, it’s just been phenomenal.”

The two shared several adorable moments during their meet up including a brief discussion about whose mustache was better, as Thomson was wearing a stick-on.

She was even spotted giving Matthews a playful butt grab.

Ironically butt-grabbing got Matthews into hot water earlier this year after he was accused of playing a prank on a female security guard at an Arizona condo complex. All disorderly conduct charges were later dropped against him.

Thomson had previously talked about why she loved Matthews so much ahead of their meeting, and it was pretty darn wholesome.

“I think he is pretty cute, and I like his style of play. He is a good player, he is not a dirty player, and I love his smile and the mustache, even though everyone has teased him about the mustache, I like it.”

However, the Leafs aren't the only Toronto team that is known to be kind to their older fan base.

Earlier this year, Kyle Lowry made headlines after he sent a personal message and Raptors memorabilia to a 92-year-old superfan.

Matthews first joined the Leafs back in 2016 and has since gone on to become a fan favourite.

The Leafs will play the Jets tomorrow at 7:00 p.m.