The Leafs star took no questions. 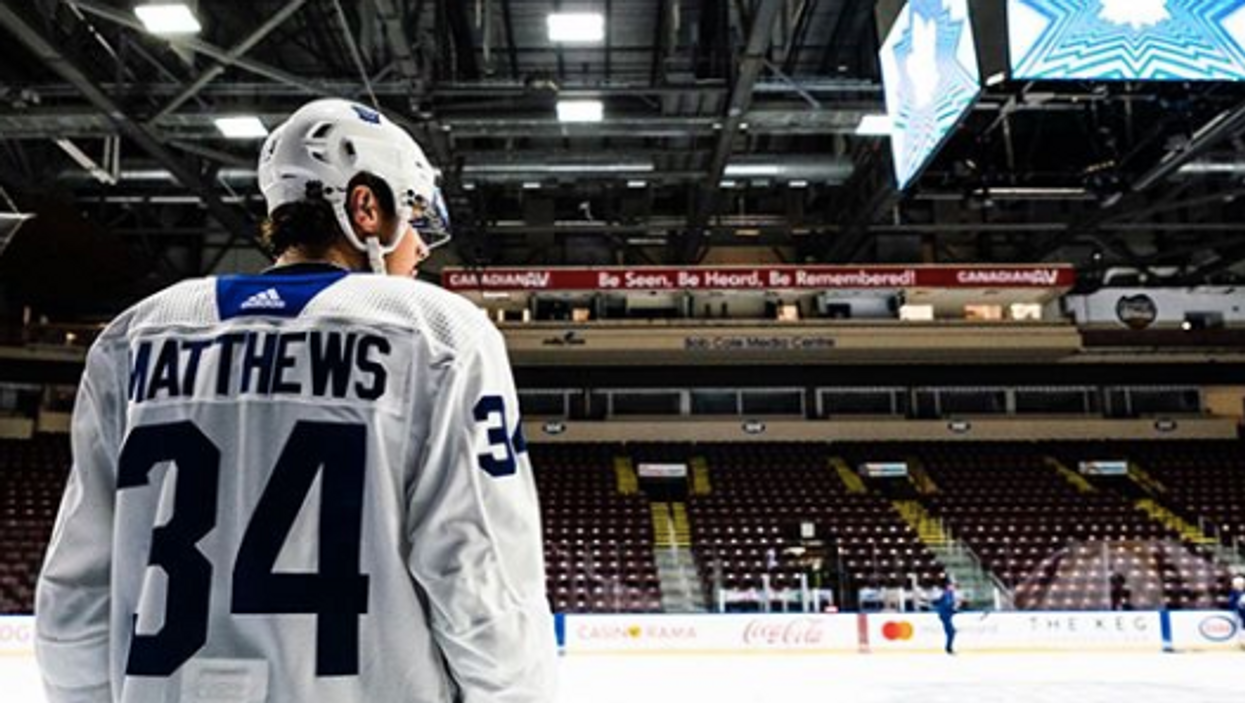 After news of the Toronto Maple Leafs centreman Auston Matthews being charged with disorderly conduct, Matthews has now issued a statement in response. It was reported that Matthews allegedly pulled down his pants in front of a female security guard and grabbed his butt in Arizona back in May. Matthews said in a brief statement that he regrets his actions.

Matthews said on Wednesday morning: "It's not something that I think any of us really wish we were talking about today. Unfortunately, it's the situation we're in. I regret any of my actions that would ever put a distraction on the team or distress any individual.

"I take a lot of pride in preparing myself for the season and representing the Toronto Maple Leafs as well as I can. Unfortunately due to the situation, I'm afraid I can't really make any other comments."

Matthews is charged with one count of disorderly conduct and disruptive behaviour or fighting in Scottsdale, Arizona.

The police report states that the female security guard heard what sounded like her car door attempting to be opened. When she got out of the car to check, she says she saw Matthews and several friends who told her they jiggled the door handle because "they wanted to see what she would do and they believed it would be funny to see how she would respond," according to a police report.

"She also told them it wasn't funny and how could they think it would be funny to try to get in a female’s vehicle at 2 a.m.," states the report.

ABC15 reported police checked surveillance footage which apparently showed the Maple Leafs star walking toward the condo's elevator with his pants around his ankles.

Matthews' teammates and coach are also having their say.

Defenceman Morgan Rielly commented on the allegations and stated he and his teammates are there to support Matthews during this time, even though "it's not something we take lightly."

News of the allegation had people on Twitter "cancelling" the hockey player, calling him out and asking him to do better.

A pre-trial conference is set for Wednesday in Scottsdale, which Matthews is not required to attend in person. None of the allegations have been proven in court.