Bathurst Station just threw some shade at its competition. 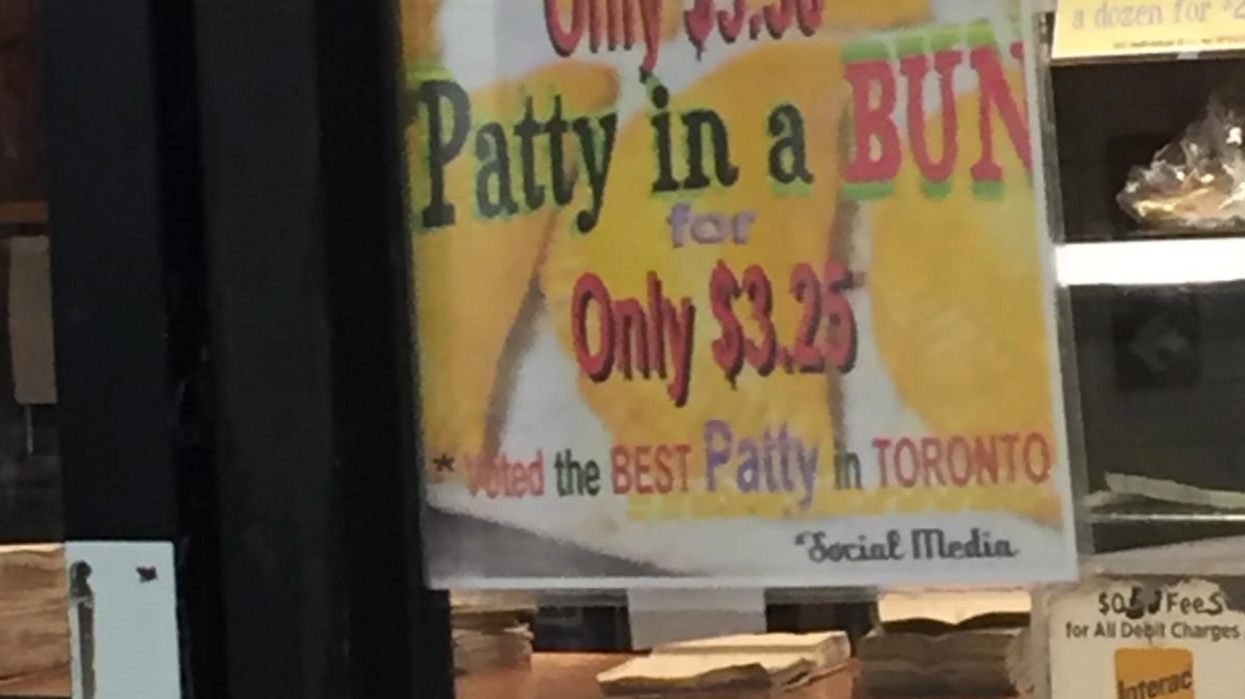 Bathurst Station made a bold move this week officially declaring itself the "Best Beef Patty" in the 6ix. The station’s bakery, where you can purchase the patties, put up a hilarious new sign notifying passerby of their accomplishment. The station’s bold declaration comes weeks after a heated debate broke out in Toronto about which TTC subway station sells the most delicious Jamaican beef patties.

The sign says, "Voted the BEST Patty in TORONTO - Social Media". And as we all know, "social media" is the ultimate critic. Whatever the people on Twitter say, goes.

The feud over which station sells the tastiest patties erupted on Twitter after a local user asked, “Toronto, let’s settle this once and for all: which subway station has the best beef patties?” What followed was an all-out war between the stations with the top contenders being Bathurst, Kennedy, Warden and Islington station. Bathurst ultimately won the competition and earned its rightful place as king of the patties.

Other stations tried and failed to have their names included amongst the greats in the patty world. Scarborough Town Centre and Sheppard West Station (formerly Downsview) were both shut down in their attempts over their reportedly mediocre beef patties. I personally enjoy a patty from Sheppard West, but the polls do not lie.

toronto, let’s settle this once and for all: which subway station has the best beef patties???

READ ALSO: Toronto Is In A Heated Debate Over Which TTC Station Sells The Best Beef Patties

For those of you who are unfamiliar with the ritual of downing a tasty beef patty during your daily commute, here is a little back story on the underrated treat for you:

The beef patties which are served all over the city are more formally known as “Jamaican patties.” The patties actually originated in areas surrounding the Caribbean before it earned its global recognition. It's become a hit in North American cities, with Toronto, New York City and Washington D.C., in particular, taking to the snack.

Anyone looking to test their palette for beef patties should make a point to stop at Bathurst Station today and give the “Best Beef Patty In Toronto” a try. I recommend the spicy option.