If this works, Toronto commuters will be able to buy beer at Gatway kiosks. 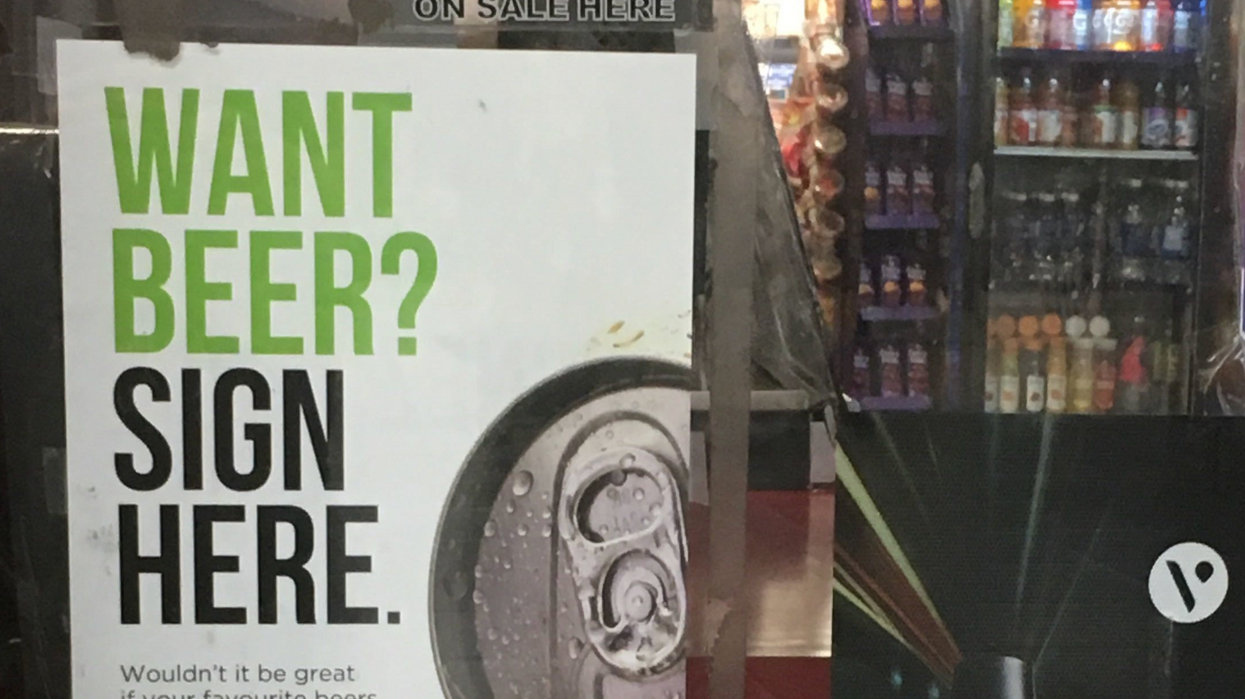 Mysterious signs have started popping up in subway stations across Toronto. The posters read “Want beer? Sign here,” in a campaign for the sale of beer in TTC stations. The posters definitely have the city's attention, but will they actually work?

The signs were created by an Ontario group called Choice and Fairness. According to their website, the group consists of industry stakeholders and consumer associations. The collective is working alongside the Government of Ontario to remove the current limitations on the sale of beer, cider, and wine. Narcity has reached out to Choice and Fairness for more details on the campaign.

“Choice and Fairness aims to inform, educate, and engage Ontarians in communities across the province on this important topic. We’ve created this website to educate people, help clarify misinformation and provide facts,” reads a statement on the website.

Ford’s government promised the expansion of beer sales to the province’s corner store back in April. However, Ontario would owe hundreds of millions of dollars to the Beer Store for violating the terms of a pre-existing contract, which allows the company to control 70% of the province’s beer sales.

“Although it’s speculative at this point, if the laws of the land were changed to permit other items to be sold in convenience stores, that could potentially apply to Gateway as well,” the TTC said in a statement to the news outlet.

“However, there is language in our contract that gives the TTC discretion over items it would deem offensive or harmful to our reputation. But we can’t say at this time that we would seek to prohibit the sale of alcohol if convenience stores were selling it.”