Andreescu and Shapovalov are both favoured to win their matches today. 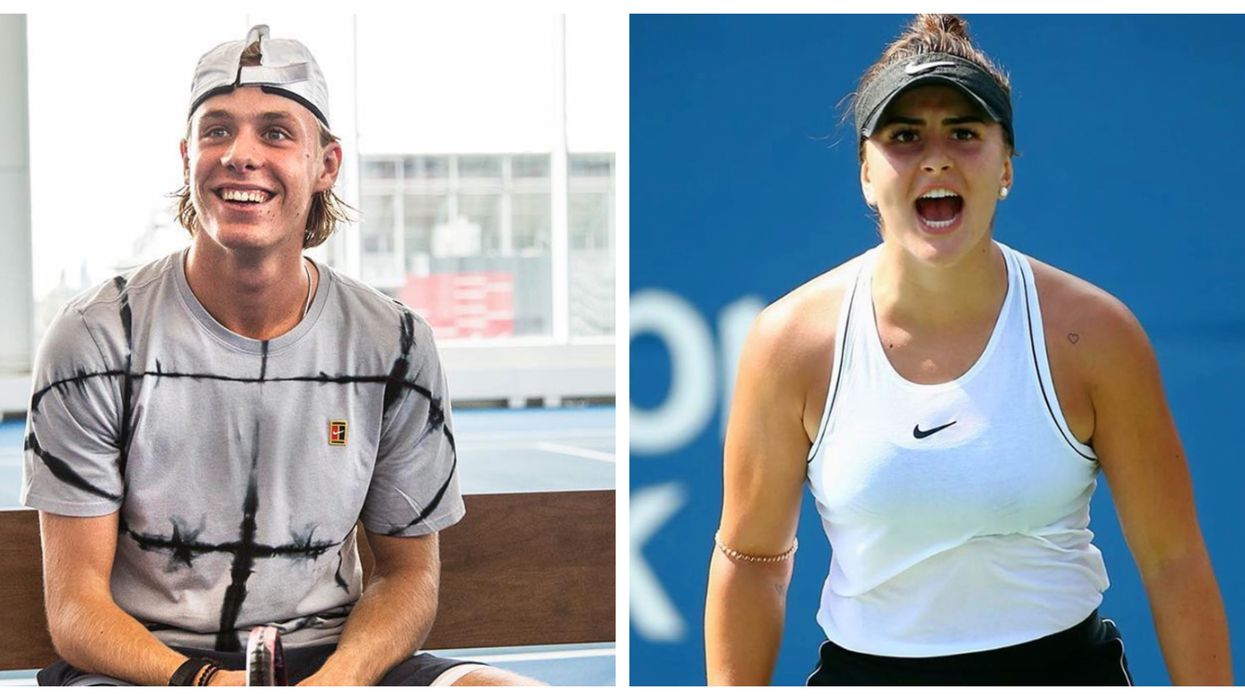 It is going to be an exciting day for Canadian tennis this Thursday. Two of Canada’s youngest breakout tennis stars, Bianca Andreescu and Denis Shapovalov, are set to demolish their competitors today after coming out of impressive first-round victories. It’s about time we painted the tennis world red and white.

Andreescu, who is currently ranked 15th, is set to kick off the day for Canadians with a match against Kirsten Flipkens, 110, of Belgium at 3:00 p.m. on Aug. 29. The 19-year-old took down American Katie Volynets in straight sets in her opening round on Monday. The Mississauga native has made a name for herself this year after winning both the Indian Wells and the Rogers Cup.

Shapovalov, who also grew up in the Toronto area, will face Switzerland’s Henri Laaksonen at 5:00 p.m. today. The 20-year tennis star is coming off a straight-set victory over Felix Auger-Aliassime in round one. "Both mentally and tennis-wise, I think I was pretty flawless today. I stayed focused, and I think I executed pretty well," Shapovalov said during an interview with TSN.

According to predictions by Tennis Tonic, Andreescu and Shapovalov are both favoured to win their matches today. Andreescu, who significantly outranks Flipkens, is expected to take her down in just two sets. It's predicted that Shapovalov will follow suit, taking down Laaksonen in 3 sets.

Neither player has faced their opponent before, so it's sure to be an exciting match up.

The two tennis big shots aren’t the only Canadians to be finding success in the U.S. Open this year. Vasek Pospisil is also rolling off a major victory.

The 29-year-old shocked the tennis world during the opening round after he defeated top-ranked Russian Karen Khachanov. Pospisil is scheduled to play American Tennys Sandgren in the second round.