It was an all-around epic Canadian moment. 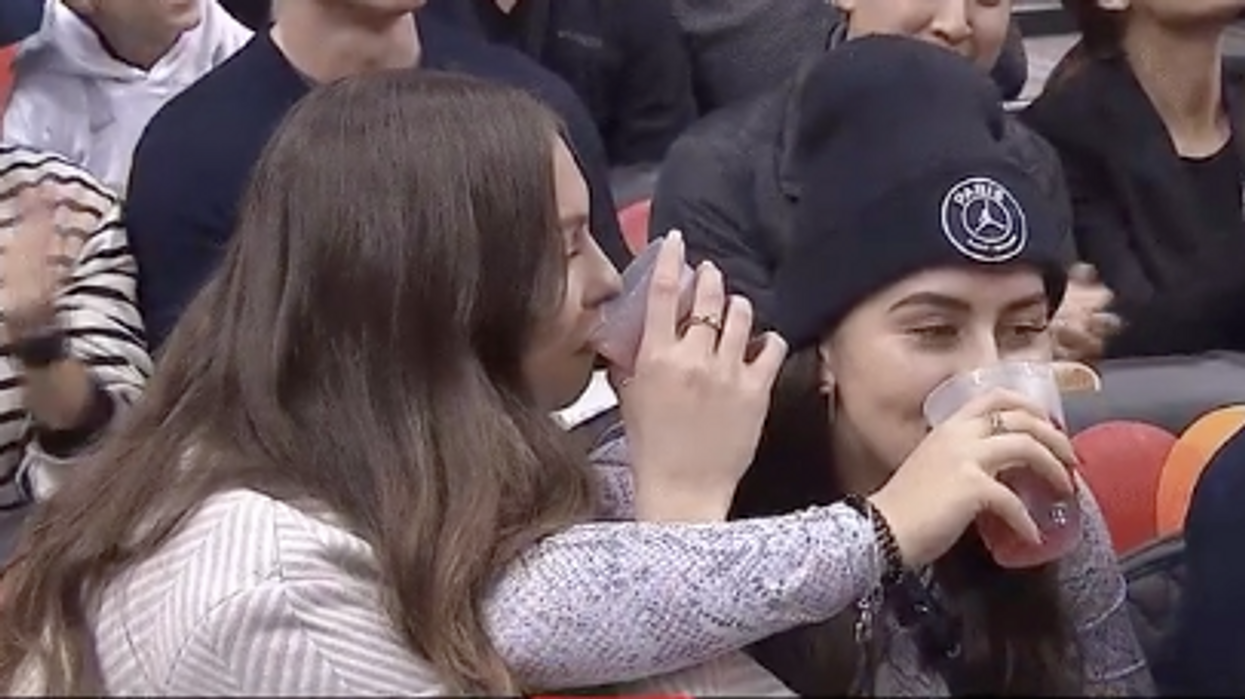 You might be cool, but you’ll never be Bianca Andreescu and Penny Oleksiak chugging drinks courtside at a Raptors game cool. The two Canadian legends were spotted having a well-deserved girls night at the Scotiabank Arena last night and let’s face it, between the two of them they have quite a few accolades to celebrate. The real question is whether they were saluting Penny’s medals or Bianca’s millions during the chug?

According to Yahoo Sports, Penny became a legend at 16 after she became the first Canadian to ever win four medals at a single Summer Games, which ties her as Canada’s most decorated Olympic swimmer of all-time.

Not a bad accomplishment for someone who, at the time, was still in high school. So, while most of us were trying to figure out how to handle our hormones, Penny was making history.

Bianca, on the other hand, battled her way to tennis superstardom this summer after winning the US Open and marking herself as the highest-ever ranked female tennis player in Canadian history.

At the end of her journey, the 19-year-old was over $6 million richer, had the key to the city of Mississauga, and her own hashtag.

Fans quickly shipped the friendship between the two girl power icons as something special.

“That’s Toronto sports royalty right there,” wrote one ecstatic fan. “That's a lot of talent in one toast,” added another.

Bianca recently opened up about her own desire to compete in the upcoming Tokyo Olympics during this year's Christmas tree lighting ceremony at the Eaton Centre.

The 19-year-old served as the host of the festivities as over 15,000 people crowded into the mall to watch the tree light up and catch a glimpse of the beloved athlete.

It was indeed a magical night for Canadians on Monday night as the Raptors dominated the Charlotte Hornets, and two Canadian legends shared a well-earned drink.