She doesn't hold back! 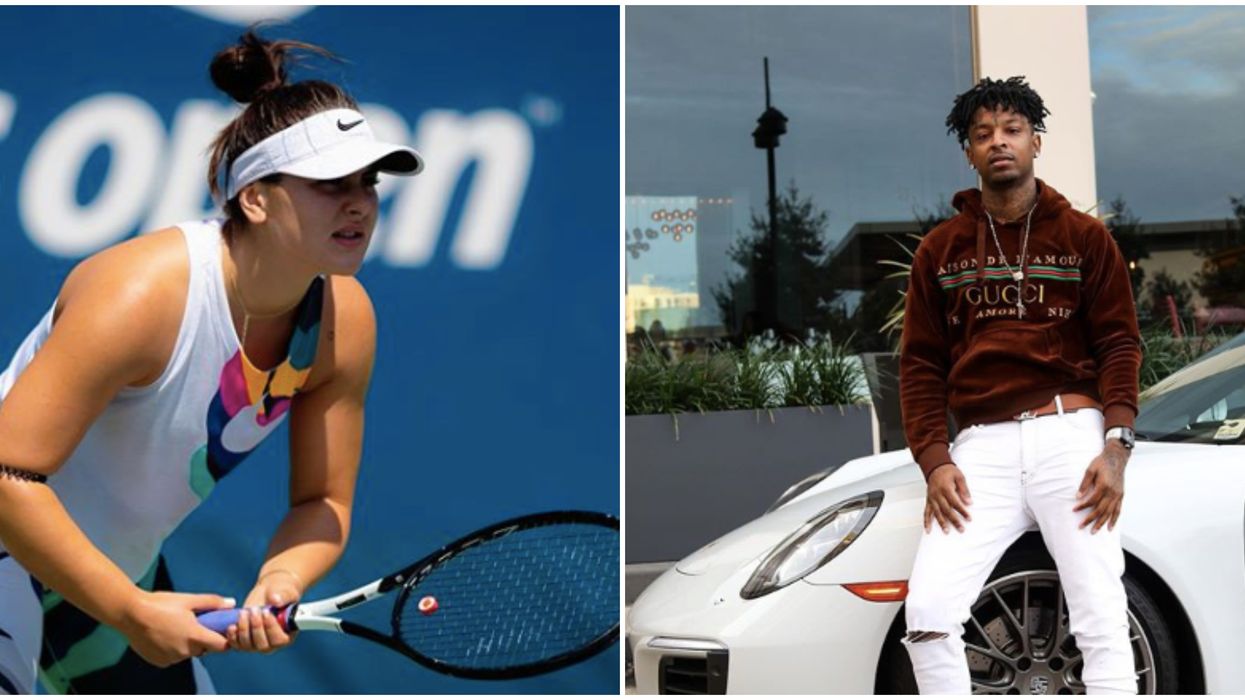 It's been 15 years since Kanye West's song "Gold Digger" was released and it seems like nothing has changed in the eyes of 21 Savage. An Instagram post that includes some controversial comments from the rapper is circulating online and it caught the eyes of Canadian tennis star Bianca Andreescu. It didn't take long for her to give her two cents on the matter.

The picture includes a comment that reads, "A rich man can meet a broke woman and change her life, but a rich woman won't even look a broke man's way."

Besides those words is a screenshot of 21 Savage's comments, suggesting he agrees with what is being said.

"Facts women don't build they move in," reads the screenshot.

According to Hot New Hip Hop, 21's comment also got a shout out from the notorious Boosie BasAzz who jumped in on the conversation and showed his solidarity with the British rapper's thoughts.

"That's cap. You shouldn't be going for a person just cuz of what they got in their bank account," reads Andreescu's comment.

Cap is slang for "a lie" or stating something false, according to Urban Dictionary.

The local tennis star didn't hold back when sharing her thoughts on the matter.

This clap back by Andreescu shouldn't come to us as a shock since she's shared her thoughts on her recent fame and how success can change people.

Despite her recent earnings and newfound success in the tennis world, Andreescu remained humble as she dominated the scene in 2019.

Although the post has a lot of people going back and forth sharing their two cents on the matter, Andreescu states it loud and clear that riches shouldn't be a deal-breaker.

This isn't the star's first time commenting on viral posts. Just a few months ago, Andreescu handed the best response to her mom becoming a meme.

Andreescu is known to have shared a few comments on the Instagram page from time to time.

Here's to Bianca for standing up for equality.