Queen B stays winning, even when she loses. 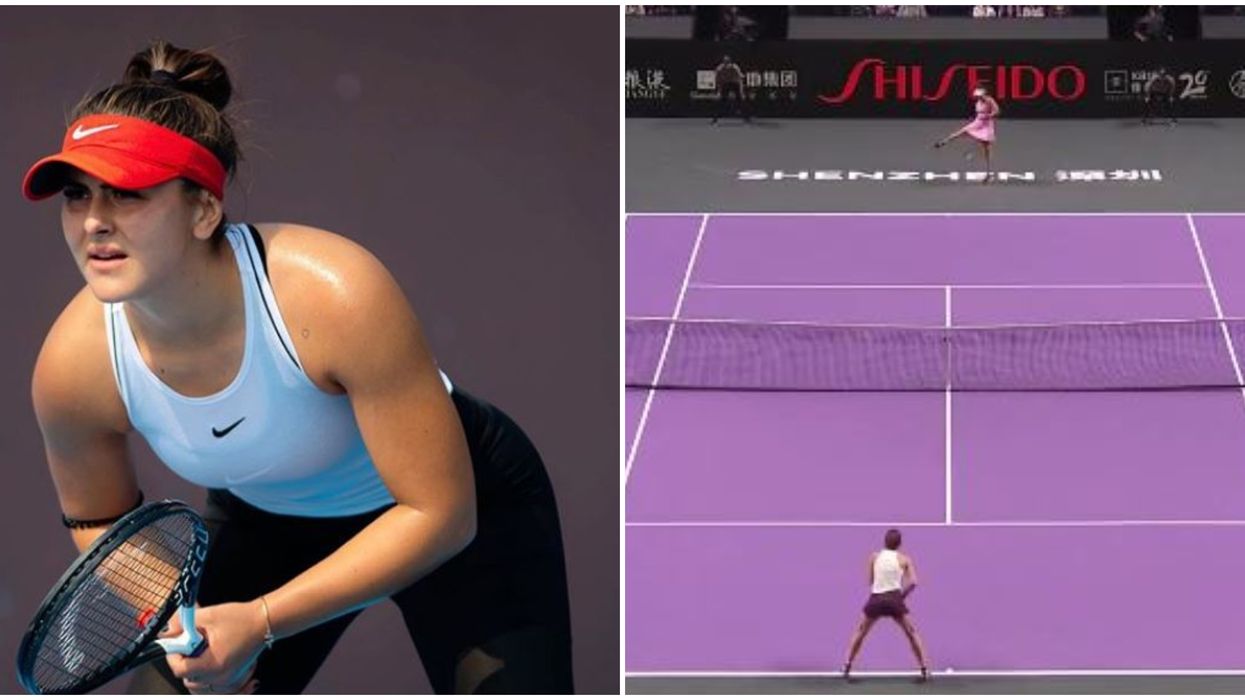 Losing is still a rather unusual situation for Bianca Andreescu after her last year. On Monday, October 28, the Mississauga teenager lost her first-ever WTA Finals match to Simona Halep, going down in three sets after winning the first.* It was a disappointing result for Andreescu, but even in defeat she managed to spark a fire on social media with one particular moment of magic.

Playing Halep, a fellow player of Romanian descent who has acted as something of a mentor to Andreescu in the past, Bianca won the first set 6-3.

However, fatigue and a back injury started to set in against former world number one Halep, and Andreescu was ultimately overpowered via a second-set tiebreak. She went on to lose to the Wimbledon champion in three sets.

However, Andreescu did well to force the tiebreak after having been 4-2 down in the second set.

During her mini-comeback in the second set, one particular moment from Andreescu had fans and neutrals talking.

In the seventh game of the second, Andreescu pulled out a between-the-legs return which appeared to catch Halep off guard. Andreescu's experienced opponent was able to return the surprise shot but pushed it long to give Andreescu the point.

The 'tweener, as that style of tennis shot is known, certainly got people talking. Most of the reaction saw spectators praising Andreescu for her ability and confidence.

Andreescu has Queen B status within most of Canada after her most remarkable year she could have hoped for, and her army is out in force to celebrate her at any opportunity.

She deserves her love, in fairness. Aside from her spectacular on-court success, which of course culminated in beating Serena Williams to win the US Open, Andreescu is proving herself to be a fantastic person.

Before Monday's match, Andreescu opened up on her personality, suggesting that what some people may like about her is that she has essentially "no filter."

Well, for someone with no filter, she certainly carries herself like a role model.

The 19-year-old, who is now officially Canada's highest-ranking female tennis player of all time, has become notorious for her adorable interactions with fans. A recent example saw her respond to an incredibly heartwarming letter she received from a father of two girls.

The defeat to Halep was Andreescu's second successive defeat. She had won 17 of her previous 18 main-draw tournament matches.