Bianca is stepping in to help out! 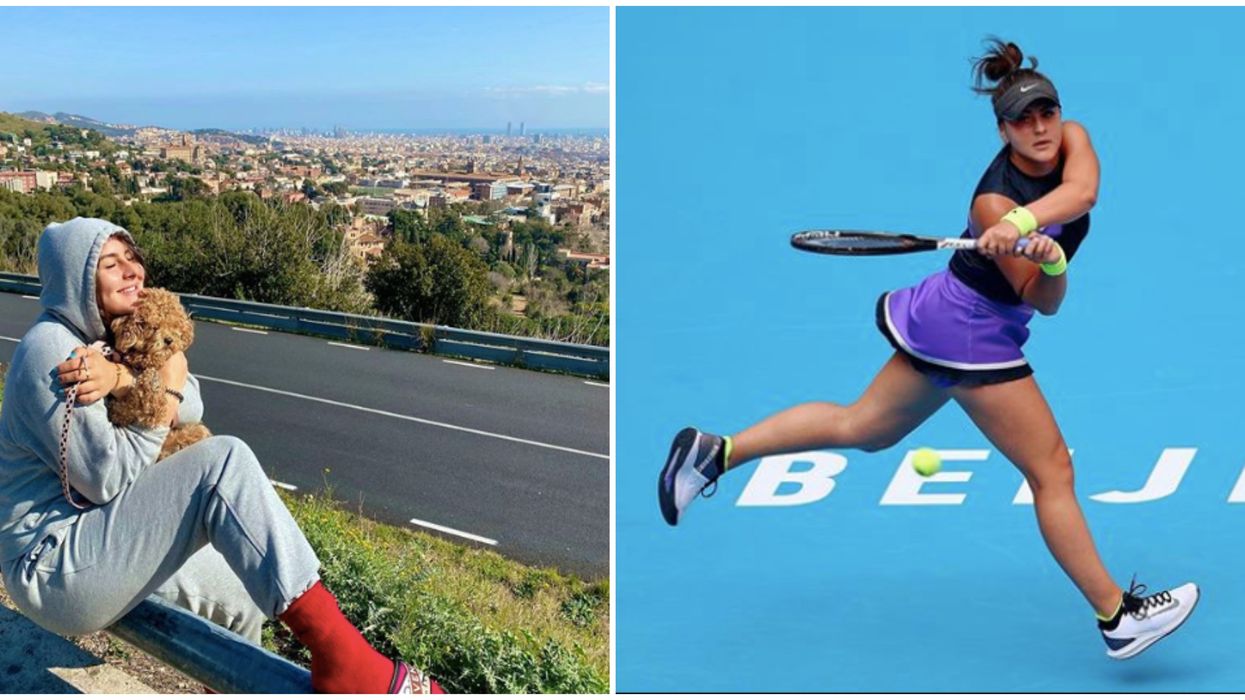 As the world continues to fight against the spread of COVID-19, celebrities and sports heroes are doing what they can to help with relief efforts. Canadian tennis icon Bianca Andreescu announced via Instagram on Monday, March 16, 2020, that she would be donating a signed tennis racquet to help raise money for a coronavirus response fund.

"Family/Friends/Fans! I'm donating a signed racquet to in order to give back during this difficult time. YOU can donate for a chance to win with all proceeds going directly to the CDP's COVID-19 Response Fund. Please donate if you can, $25 goes a long way," Andreescu wrote in her social media post.

The fundraiser, which is being hosted by Pledge It, enters anyone who donates $25 or more into the raffle for Andreescu's racquet.

The winner will be announced at the conclusion of the fundraising period, which will be on April 4, 2020. All proceed will be donated to the Center for Disaster Philanthropy, Inc.

"In response to the outbreak, the Center for Disaster Philanthropy (CDP) has launched the CDP COVID-19 Response Fund to support preparedness, containment, response, and recovery activities for those affected and for the responders" reads a statement on the organization's website.

Andreescu first rose to stardom back in 2019 after her stunning win at the U.S. Open.

Sadly, her 2020 season has been off to a rocky start. Bianca was forced to drop out of the Australian Open due to a knee injury, which she suffered from during the WTA Finals.

The tennis sensation had initially planned to compete at the Miami Open.

However, her much-awaited comeback was again halted by the coronavirus pandemic. The WTA tour has been delayed until May 2.

However, despite the star's inability to compete, she's still making Canada proud by stepping in to help raise money to aid a COVID-19 relief fund.

Ontario Premier Doug Ford declared a state of emergency in the province on Tuesday in a move to prevent the spread of COVID-19.

Ford announced during a meeting on Tuesday, March 17, 2020, that the order would shutdown organized public events over 50 people.