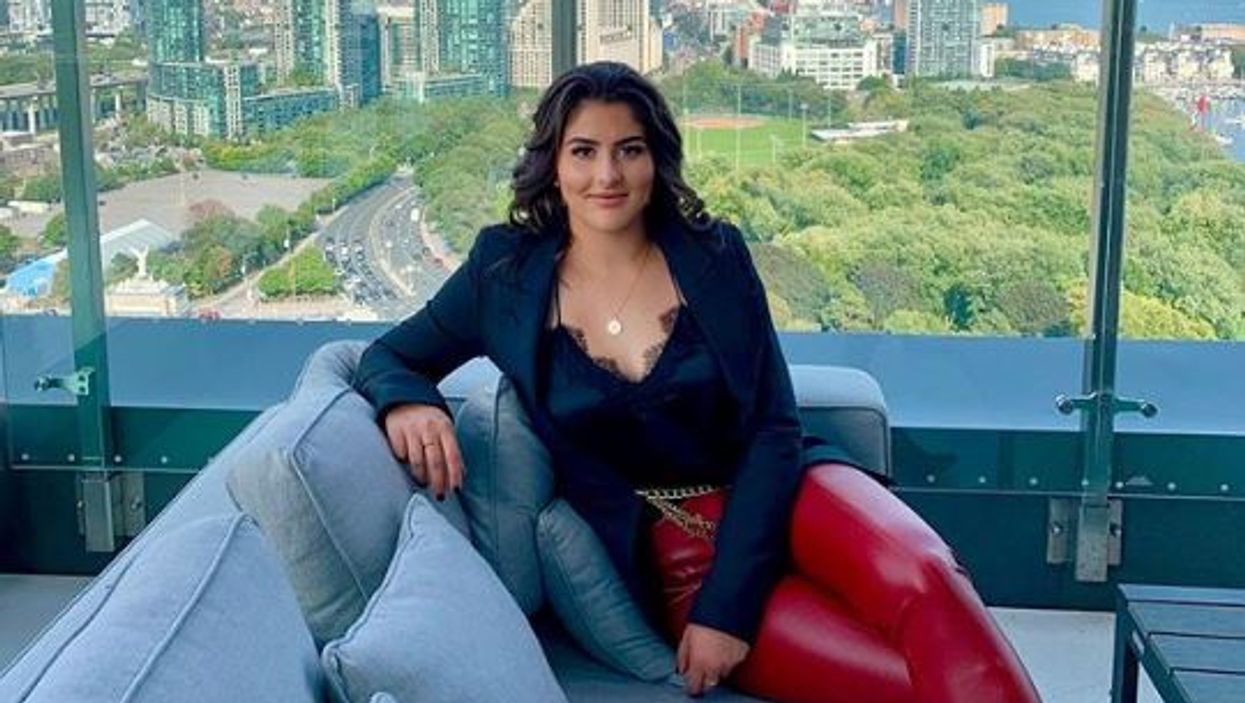 Bianca Andreescu's impact on Canadian society in recent months should not be underestimated. Aside from winning her historic US Open title in September 2019, the teenager from Mississauga has been hailed as a role model for young Canadians across the country. And the extent of the admiration for the young star was shown in a heartfelt letter she received from a father of two girls.

On Tuesday, October 22, Andreescu shared a photo of a handwritten letter she was given while on a flight from a father of two young girls who clearly look up to the 19-year-old.

Signed in the most Canadian fashion ever as being from "a Canadian," the letter begins: "Thank you. I have two young daughters. You have already inspired them both deeply. Neither are tennis players but they both know what you have done. Because of you. they know that nothing is impossible if they want it enough. As a parent, I am so grateful for the positive impact you have made on my kids' life.

The unnamed Canadian concludes: "Thank you, and may your journey bring you as much joy as you have brought others."

Now, that's just about the most heartwarming thing we've ever read. And Andreescu seems to agree.

Alongside a photo of the adorable letter, Andreescu wrote:

"The best thing about what I do is this. Someone on the plane wrote a very nice msg on a napkin and gave it to me. It brought tears to my eyes because sometimes I don't understand the impact that I've made and continue to make in ppl's lives (by) accomplishing what I've accomplished. Or acting how I act. So receiving this makes me feel so fulfilled.

"I've always wanted to do good in this world somehow and have a positive impact on ppl's lives. This isn't where it ends tho, I want to continue to do so in much bigger ways. I'm very grateful to have a platform in which I can achieve that. So thank you to the guy that wrote me this and to everyone who has sent me mail or msg requests. I'm beyond grateful."

It's been a remarkable year for Andreescu, even aside from her terrific on-court success, which has seen her rise from outside the top 150 to become the fourth-best female tennis player in the world.

Her superb form thrust her into the spotlight, and despite her young age, she has adapted to becoming Canada's new darling almost seamlessly. As the father who wrote the letter seems to believe, Andreescu has established herself as a fantastic role model for young Canadians, particularly girls.

She's also become a big-name star around Toronto in particular, being treated like royalty at a Raptors pre-season game and subsequently hanging out with Pascal Siakam.

But, as shown by her adorable response to the nicest fan letter you'll ever read, she's still finding time to be a great person.