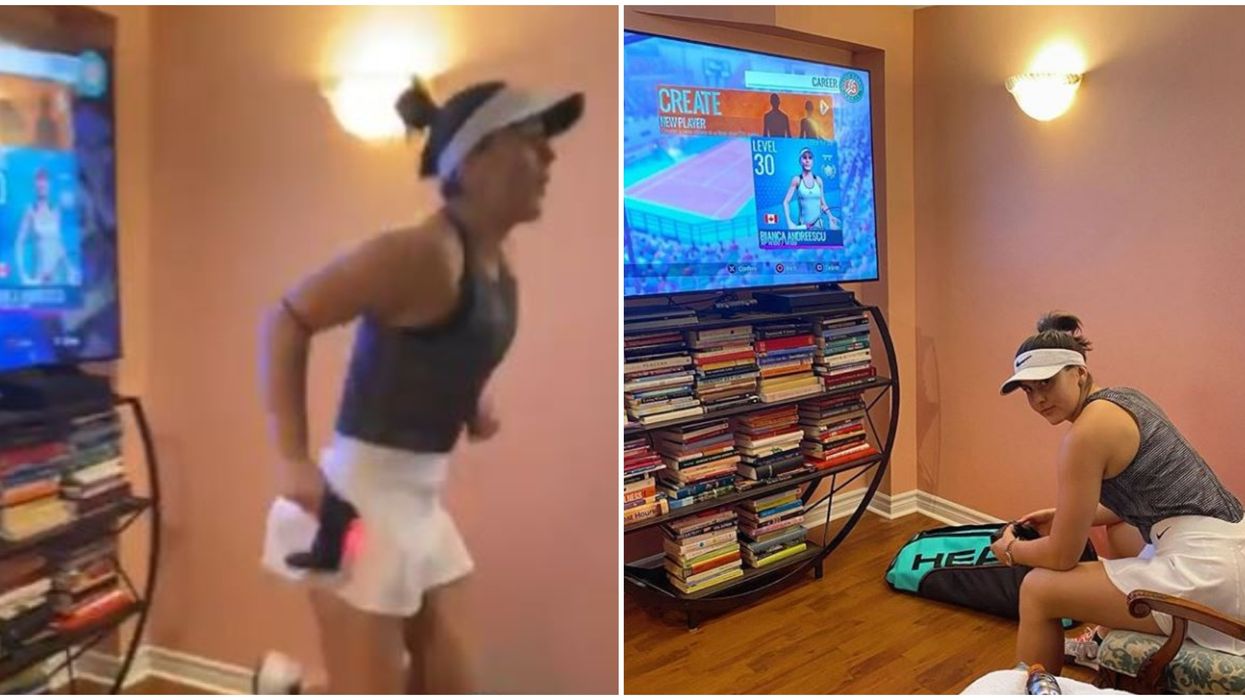 Stars, they're just like us. Bianca Andreescu has shown herself to be relatable in the past, and she's just kicked things up a notch. Having to find ways to keep herself entertained at the moment, like we all are, Andreescu made sure to suit up for a tennis match like she normally does. The only difference was that this one was being played on a Playstation 4.

Andreescu is currently taking part in the Mutua Madrid Open, a virtual tennis tournament featuring real pros battling each other as gamers.

While this may all be happening off the court, it appears Andreescu isn't willing to say goodbye to her on-court routine.

In a short clip shared on her Twitter account on Tuesday, April 28, Andreescu walks into a room with the virtual game already loaded on a large TV.

Dressed in matchday attire, Bibi crouches down to deposit her duffel bag. Already carrying a racquet, she brings out a towel, a bottle of Gatorade drink, and a PS4 controller.

Drake's "Life is Good" can be heard playing in the background as she puts herself through her paces, loosening up and going through her pre-match routine.

She even gets a few hand stretches in before she grabs the remote and takes a seat to start the match.

Honestly, given that most of our activity these days is coming from video games and other screens, we can relate hard.

Who among us hasn't warmed up for a little game of virtual sports with our friends?

Andreescu's missing one thing from her warm-up, though.

Fellow Canadian player Vasek Pospisil has shown how sipping maple syrup can definitely help your performance. Maybe Bibi felt that was a step too far for a virtual game?

A PS4 controller isn't the only thing Andreescu has picked up while in self-isolation.

She's also hinted at her musical side, admitting that she's been taking the time to pick her guitar back up after years of not playing.

In fairness, she's had other things to focus on most of the time, eh?

This latest video shows off her playful side and we're sure it's pleased her fans who have been waiting so long to see her back in action.

We certainly know how we're limbering up for our gaming sessions in the future.