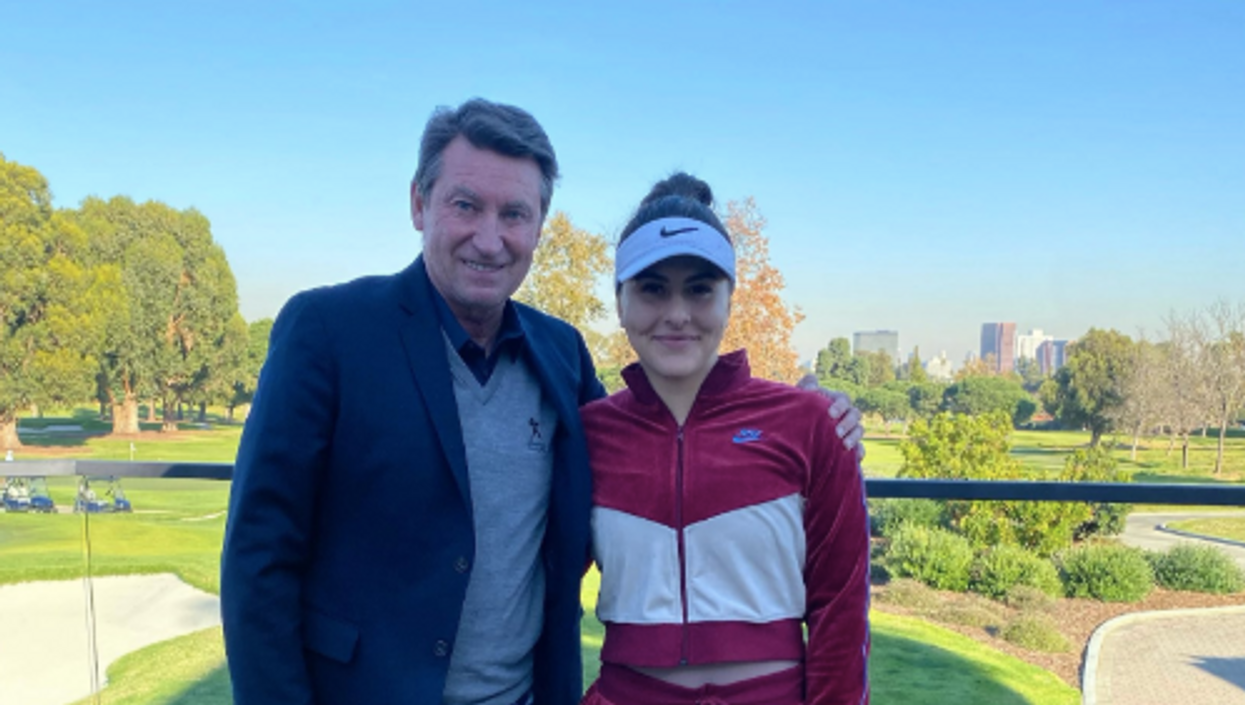 Two of Canada's most popular athletes ever have been snapped hanging out. A Bianca Andreescu-Wayne Gretzky photo op saw the teenaged icon meet "the Great One" himself. The pic has gone down as an instant Canadian classic for many fans, and it seems some people think the country now has a "Great Two."

"Was a pleasure meeting you," reads Andreescu's message alongside the picture, which she shared on Friday, December 20 to her social media channels.

In the photo, the U.S. Open champion poses alongside the man commonly referred to as the greatest hockey player of all time.

A true modern Canadian heritage moment, you might say. And it seems the public agrees. Certainly, Andreescu's fan base does.

"Two of the greatest stars in the sporting landscape in Canada's history collide wow historic picture wow," reads one response to the worlds-colliding pic.

Assuming the photo was indeed taken on Friday, it would seem they're nowhere in Canada right now, given the green pastures that make up the background.

But that doesn't really matter, does it? The Mississauga-born tennis star and the puck god from Brantford looked pretty happy to be in each other's company.

We're sure this moment was one to remember for Bianca because after all, she seems to enjoy her fair share of hockey, particularly where the Toronto Maple Leafs are concerned.

Gretzky was only ever an Edmonton Oiler in terms of his Canadian teams, but he doesn't seem to mind Andreescu's Leafs support.

And fans absolutely loved seeing the two posing together and didn't shy away from raising Bianca up to Gretzky's level.

"I have been a fan of this Canadian treasure for what seems like a million years...so lucky to have met her, Wayne! :-)," reads one pretty funny tweet.

And many others followed suit.

We also couldn't ignore this tweet, presumably from a fan of The Office.

Bianca made her shot.

Andreescu has had quite the year, and meeting Gretzky in person is the icing on the cake.

She recently spoke out about her fame and had a down-to-earth conversation about how she isn't much of a fan of the attention it brings.

She finally got her hands on a Raptors championship ring, too. Whether or not it was Pascal Siakam's remains to be seen.

Clearly, Gretzky is a fan of Bianca's, as are we all. The famous No. 99 was effusive in his praise of the teenager after she beat Serena Williams, arguably the greatest female tennis player of all time, back in September.