These are certainly bright! 😎 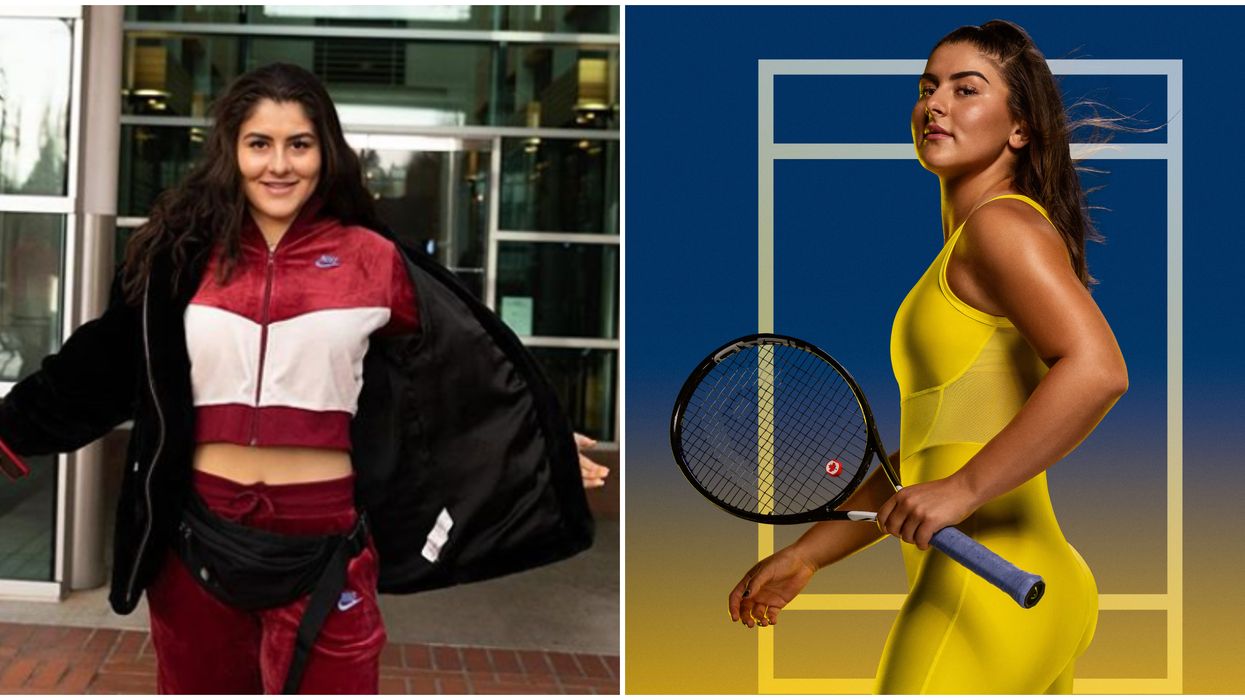 2019 was the Year of the Andreescu in Canadian tennis. From her performances on the court to her life off it, the country was captivated by the teenager's success last year. And that's showing no signs of slowing down, as Bianca Andreescu's Australian Open outfit is causing some serious heat.

On Friday, January 3, Nike unveiled its designs for its athletes at the Melbourne tournament, which begins later this month.

The brand used Andreescu as the model for the ladies' outfits, and it's safe to say they're eye-catching. It should be noted this campaign was created before the teenager announced the tournament has come too soon in her recovery.*

The promo pics have the Mississauga teenager dressed in what will be the standard base layer for female players, a knee-length breathable bodysuit.

Nike explains this attire can be jazzed up according to individual players' preferences.

"For example, while Bianca Andreescu might choose to wear just the bodysuit, Madison Keys may layer atop a tennis skirt," reads a blurb on the brand's website.

The promo photos sample Andreescu in a multi-coloured top worn over the bodysuit, as well as a similarly-patterned skirt.

It's a far cry from the all-white mandate of Wimbledon, but they're sure to stand out.

Nike actually explains the garb is designed to combat the high temperatures players generally face playing in Australia in the height of the country's summer.

Andreescu might not be playing at Melbourne this month, but she nevertheless shared the images on her Instagram on January 15.*

And some of Andreescu's fans are already hyped to see the star, currently completing her recovery from a knee injury, don the clothing at the first major of the decade.

That was far from a unanimous opinion, though.

In fact, some of Andreescu's fans are really, really not keen on it.

It is bright, to be fair. If you don't need sunglasses for the weather, you might for the attire.

"It reminds me of a videogame my stepson plays called Splatoon," read another.

@TennisCanada @Bandreescu_ I know that I am old fashion but I prefer the Wimbledon etiquette
— MICHEL GENEST (@MICHEL GENEST)1578090162.0

Still, many Canadians seem to be excited to see Andreescu back in action in 2020 after her incredible 2019.

Two highlights were her winning the US Open and getting her hands on a Toronto Raptors championship ring.

A knee injury forced her to retire for the rest of 2019. Even in the midst of that, though, she was already rated as the second-favourite to win the Australian Open in early December.

Unfortunately, she is not going to have the chance to live up to those odds.

Nike's full Melbourne Collection was released on January 13 and the tournament begins January 20.

The full selection of images can be found here.