"Lmao I'm telling you it works." 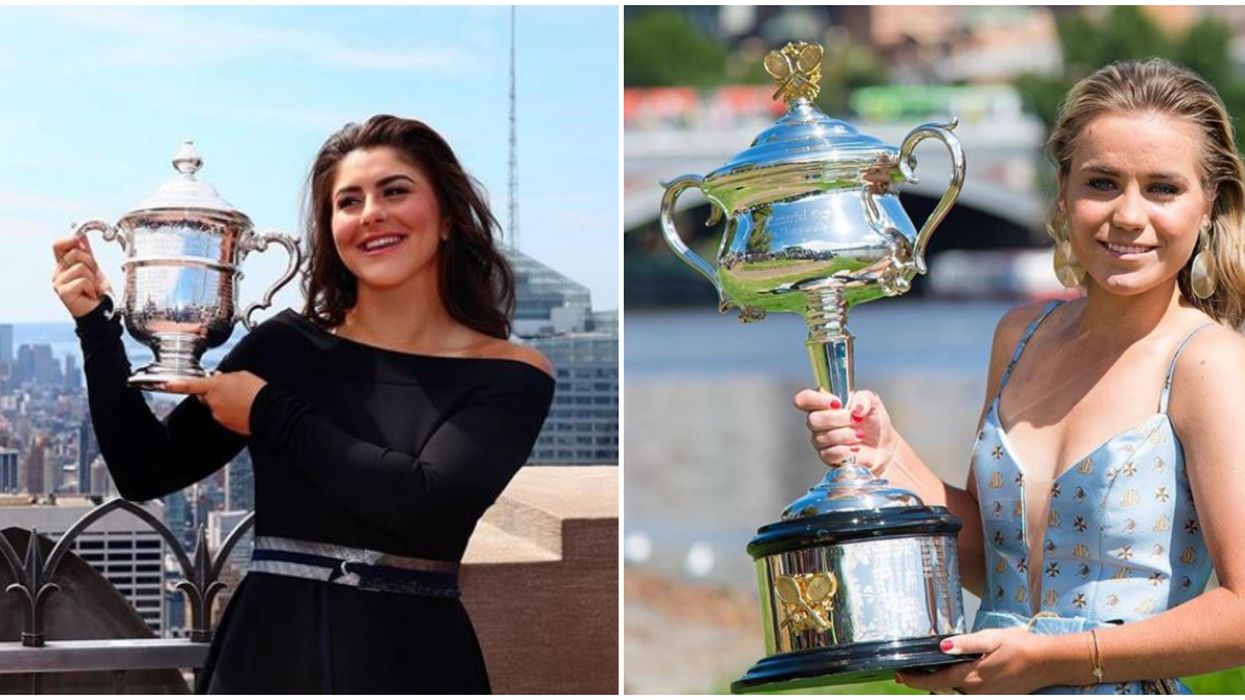 From up-and-comer to champion to trendsetter? Bianca Andreescu's mind trick of visualization has been credited with helping her fellow WTA player Sofia Kenin win the Australian Open last month. Andreescu opened up after her 2019 U.S. Open victory about the technique she learned from her mother, Maria, as a child.

The teenager from Mississauga became a national sensation in September when she beat tennis icon Serena Williams at the Grand Slam tournament in New York.

And, immediately after that shock major win, she explained she credits a visualization technique with helping her achieve that level of success so early in her career.

She revealed she has been using the technique of picturing her successes since she was 12 or 13. She even physically wrote herself a winner's cheque for the U.S. Open before fulfilling that vision in reality.

When asked by WTA Insider if she visualized winning the Australian Open, Kenin replied: "Seriously, I haven't visualized in all my life. It just happened before coming to Australia for Brisbane. I was visualizing each round, how it would be, what emotions I would feel after each match.

"It's so crazy. But it literally happened. I was visualizing this and it came true. It was just super exciting. Some people asked me if I did that because of Bianca. I was just sitting and just decided to visualize and... hallelujah!"

And Bianca herself replied with: "Lmao I'm telling you it works," alongside a "shhh" and a shrug emoji.

Andreescu herself was unable to play in Melbourne as the tournament came too soon in her recovery.

It remains to be seen whether she will turn out in the end for Canada in this weekend's Fed Cup qualifying ties. Her name was not included in the singles lineup.

For what it's worth, Kenin cited Andreescu, along with the Canadian's predecessor as U.S. Open champion Naomi Osaka, as a major reason for her having the belief she could win a major.

"When I saw Naomi (Osaka) win, Bianca win a Grand Slam, I was super excited," Kenin added. "That young age and winning a Slam, I mean, super exciting. You get so much attention."

So, there you have it. Bianca Andreescu was a relatively unknown up-and-comer in February 2019.

By February 2020, she's a champion and an inspiration to her fellow players, even when she hasn't been playing due to injury.