Bianca Andreescu's 2020 Season Is Finally Set To Start Next Weekend

The teenager has been out injured for 3 months. 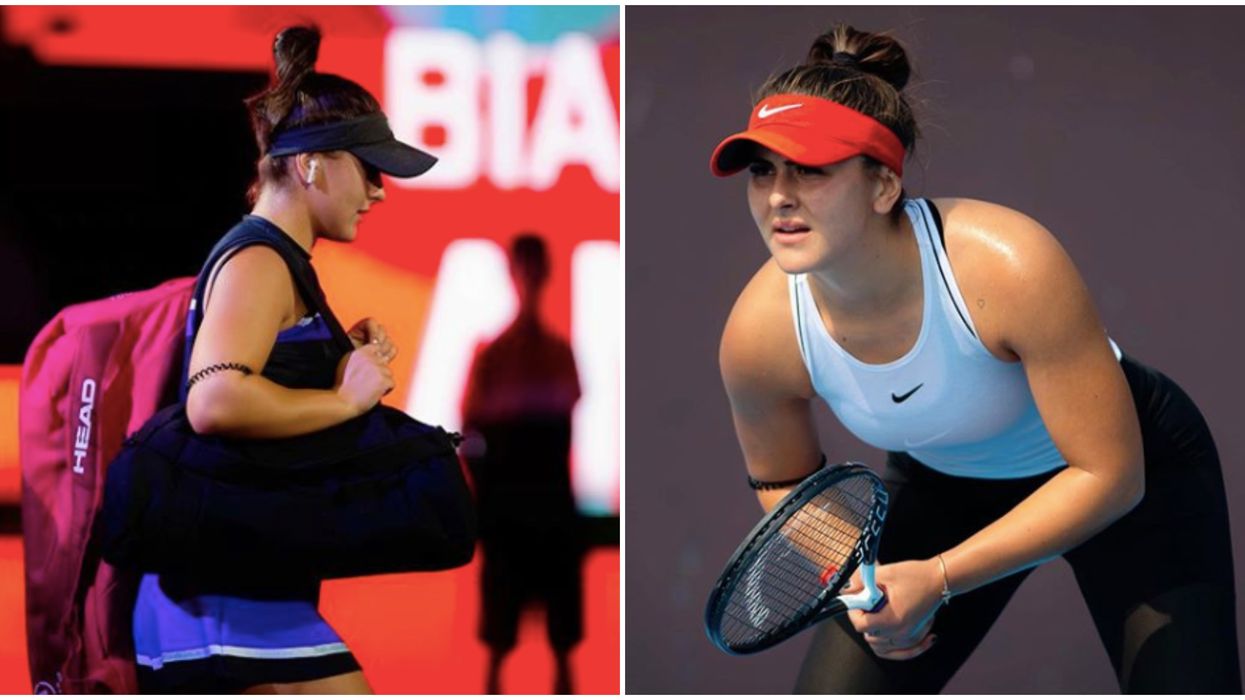 Canada's favourite teen is finally making her comeback. Bianca Andreescu's return has been long-awaited and it's finally set for the Fed Cup in Biel, Switzerland, on February 7 and 8, 2020. She'll be making her season debut after being out for three months due to an injury.

According to Tennis Canada, Team Canada will be sending Andreescu alongside compatriots Eugenie Bouchard, Leylah Annie Fernandez, and Gabriela Dabrowski.

The teenager has been out of action since October with a knee injury she picked up which playing in the WTA Finals in Shenzhen, China.

However, fans desperate to see her back in action could be disappointed, warns her coach, Sylvain Bruneau, as it's still uncertain whether Andreescu will see any playing time.

"We're not making any decisions at this point," said Bruneau, according to CBC. "She's eligible, she's on the team.

"But one thing is for sure, she's only going to play if she's perfectly, perfectly ready. If she's just close... she won't play."

According to Sportsnet, this is her ninth time named to the Canadian Fed Cup team. Andreescu currently has a 7-3 singles record in the competition.

Meanwhile, this will be Bouchard's first time joining the team in two years.

It’s a #FedCup dream team. Canada takes on Switzerland in the Fed Cup qualifying round and we’re sending some of o… https://t.co/6LMjMA7nkR
— Tennis Canada (@Tennis Canada)1580224593.0

Since that triumph in New York, Andreescu has endured a frustrating few months.

She did try to make her 2020 debut at the ASB Classic in Australia but ultimately released an emotional video to explain she would not be able to play.

Then, she was also forced to miss the first Grand Slam of the decade, the Australian Open,  as it came too soon in her rehab.

As a result, Bianca has yet to play a competitive match since her injury at the WTA Finals.

Bruneau adds that Andreecu's team is seeing the Fed Cup as "a training week."

"We don't look at it like she goes there and starts back with competing," Bruneau told the Canadian Press, per CBC.

"We look at it like maybe it's a way to start back. But maybe it's a training week where she hits with the girls, she trains hard there, she does a lot of fitness, so we'll see."

Although the tournament is just a few matches, any competitive playing time Andreescu can manage right now will be seen as valuable.

If Team Canada beats Switzerland, it will head to the Fed Cup Finals in Budapest, Hungary in April.

If you want to follow along from home to see Andreescu and Canada's progress, matches will be broadcast live on Sportsnet One.