Toronto sport fans are in for a treat this friday! 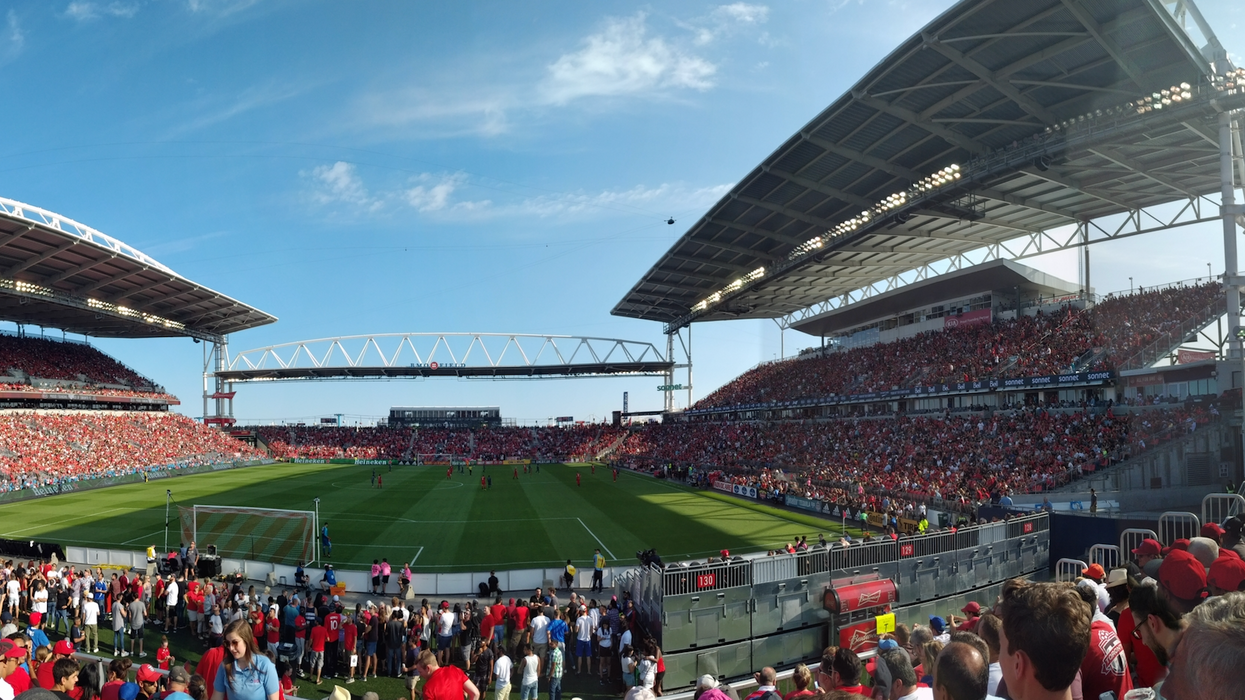 It’s a good day to be a Toronto sports fan. Toronto FC announced this Friday that the club has changed the start time of their game against Kanas City at the BMO Field from 8:00 PM to 7:00 PM tonight. They'll keep the stadium open after the match to allow fans to watch the BMO Field Raptors Game 4 viewing party. The best part is that lots of cheap tickets are still for sale!

On Ticketmaster, general admission tickets for the event start at just $25.25 CAD, which is a complete steal, especially when you compare it to what you’d be paying to sit in the nosebleeds of the Raptors game. Who can say no to seeing two Toronto sports teams play for the price of one?!

Here's a look at your seating options:

“With all the excitement the Raptors have generated with their run to the NBA Finals, we thought it would be great for our fans to have the opportunity to celebrate watching the game together on Friday night after our match,” said Toronto FC President Bill Manning.

“Fans can cheer on TFC, stay in their seats, and not miss a second of Game 4. We’re also planning some special giveaways and guest appearances. It’s going to be a memorable night for Toronto sports fans.”

The exciting opportunity for Toronto sports fans to enjoy both games in ones came about thanks to TSN’s close association with both the Raptors and TFC.

The event is being labelled a doubleheader with TFC vs. SKC starting up at 7:00 PM on TSN2, and Raptors vs. Warriors tipping off at 9:00 PM across the TSN Network.