The fire started in the store's garden centre. 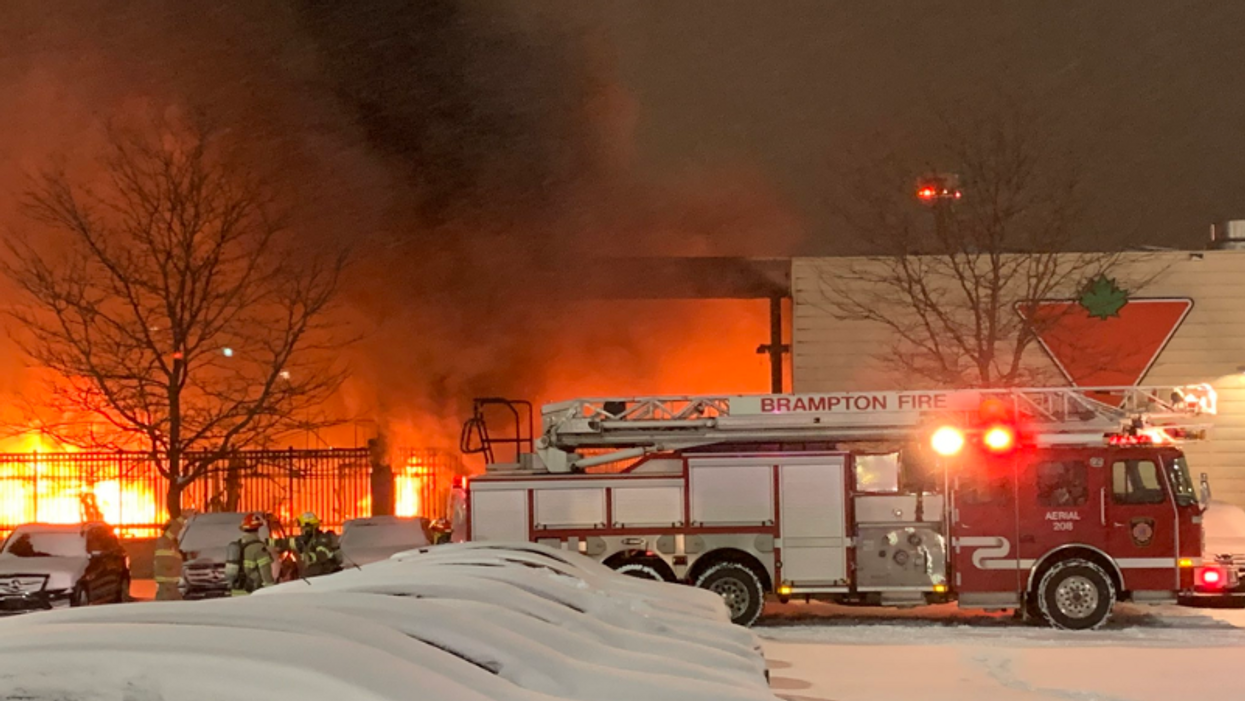 It has been a rough morning for the employees of a Brampton Canadian Tire. The retail store suffered significant damage to its garden centre after a massive fire broke out at 4:30 a.m. on Thursday. Brampton Fire and Emergency Services arrived at McLaughlin Road near Bovaird Drive after flames began to engulf the building.

CP24 reported that no one was hurt during the incident. Firefighters were also able to stop the fire from spreading to the main building. However, officials have yet to provide information about the extent of the damages. The cause of the fire is also still unknown.

According to CityNews, emergency crews are warning people to avoid the area. Authorities have closed off Bovaird Drive from Van Kirk Drive to McLaughlin Road until further notice.

"The fire did not extend significantly to the building. Members were able to stop it. There is a small amount of smoke that's been in there and a little bit of water damage," Platoon Chief Ron Rolfe told CP24. "The fire has been knocked down at this point."

Videos and photos of the flames were later shared to social media, showing the true scope of the fire. One photo, in particular, appears to show the garden centre wholly engulfed in flames as firefighters work to put it out.

The City of Brampton told Narcity that, "At approximately 4:20 am on Thursday, February 27, members of Brampton Fire and Emergency Services (BFES) were dispatched to the area of McLaughlin Road and Bovaird Drive. Upon arrival, crews discovered heavy fire in the garden centre of a Canadian Tire store. The fire was put out approximately within one hour."

"Brampton Transit, Peel Regional Police and Peel Regional Paramedic Service were also on scene assisting with operations. No injuries were reported. The origin, cause and circumstance of the fire is still under investigation."*

Back in November, over 700 people were displaced by a massive fire that swept through three floors of a North York apartment.

It took more than 100 firefighters and 24 fire trucks to get the flames under control at around midnight.

A body was later discovered on a burned-out balcony.

The St. Catharines Fire Department also found itself in trouble earlier this month after they released a charitable calendar that was deemed too risqué.

A City of St. Catharines news release later stated that they would no longer be supporting the annual product due to its inappropriate nature.

*This article has been updated to include a statement by the City of Brampton.