Her journey is super unique! 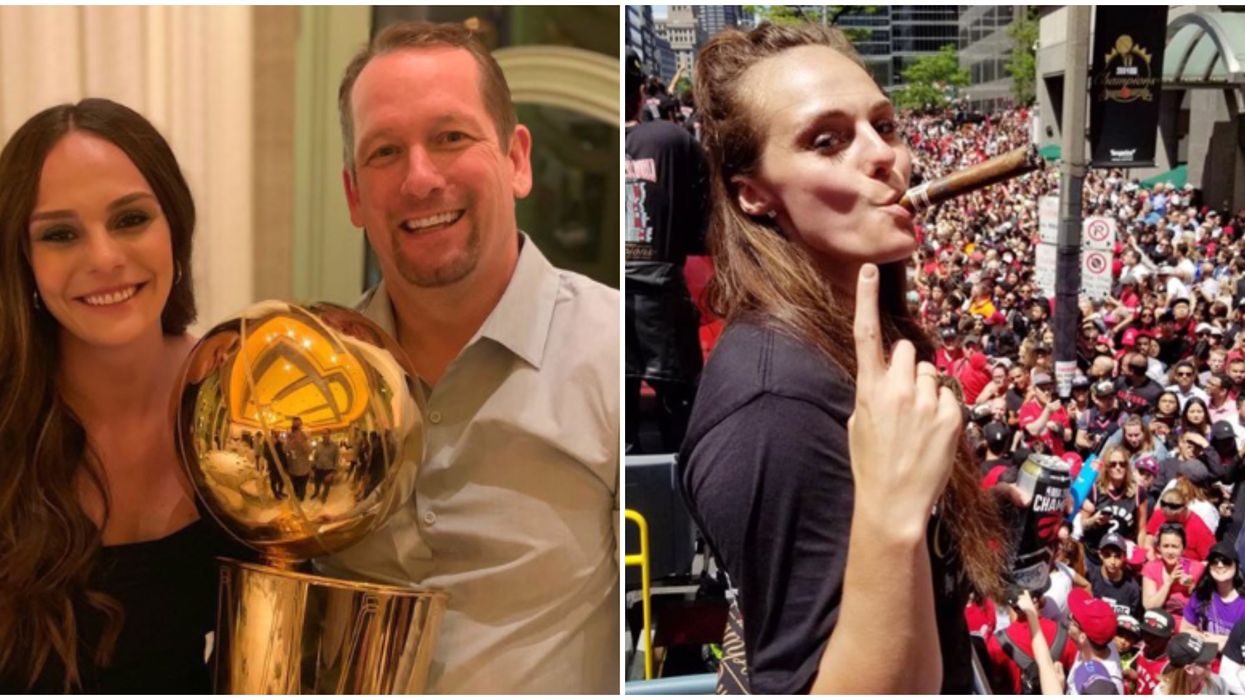 It's an exciting day for women in sports. The Raptors revealed on Monday that Brittni Donaldson will be joining their bench as an assistant coach. In honour of the announcement, we thought we’d tell you everything you need to know about the young new member of the championship team's coaching staff.

Earlier this year, the Raptors solidified their ranking in the NBA after winning the championships against the Golden State Warriors. Since then, Canadians have been stir-crazy over any and all Raptors related news.

It's exciting to see the Raptors promoting women in the NBA. Here's everything we know about their newest assistant coach, Brittni Donaldson.

She's one of the youngest in the game.

Perhaps the most impressive detail about Donaldson's career is how quickly she's worked her way through the ranks. She is only 26 years old! Donaldson's work ethic and undeniable skills in stats analysis is likely what made her stand out as a candidate for the job. She’s a real wunderkind.

She's actually been part of the Raptors' staff for a while.

Although this will be Donaldson's first time helping coach the Raptors, she is already an established presence on the team. According to Global News, the up-and-comer spent the last two seasons serving as the team’s data analyst, so she knows the team inside and out.

Donaldson worked closely alongside the team’s president, Masai Ujiri, and head coach Nick Nurse. It was Nurse who picked her back in July to join the team as an assistant coach.

She has been trusted with important team tasks before.

When the Raptors traded for Marc Gasol, it was Donaldson who whipped the future NBA champion into shape! Toronto’s newest coach helped the player out with his workout routine. "That was special for me -- to be basically the first person he interacted with on the basketball side," Donaldson told ESPN.

She's part of a growing movement.

CBC reported that Donaldson is the NBA’s 10th female assistant coach. Not only that, but she is the fifth woman to be hired as an assistant coach this summer alone. It appears as though the young woman is part of a new movement to bring women to the forefront of NBA basketball.

She went to the same college as Nick Nurse.

Donaldson attended the University of Northern Iowa, which is the same school Nick Nurse played for in the late 1980s before beginning his coaching career. The alums have both made the leap from balling on the court to advising on the side, they both started and ended up at the same place. It’s no wonder the head coach sees so much potential in Donaldson.

She used to ball back in the day.

Donaldson isn’t just a skilled analyst, she’s also a basketball player herself. According to ESPN, the 26-year-old was dribbling basketballs by the time she was two years old thanks to her father, who also played in college. She began her athletic career as an all-state high school player at North High School in Sioux City. She then went onto to play at the University of Northern Iowa, where she received a bachelor in statistics and actuarial science.