You Must Visit This Surreal Waterfall Paradise In Ontario 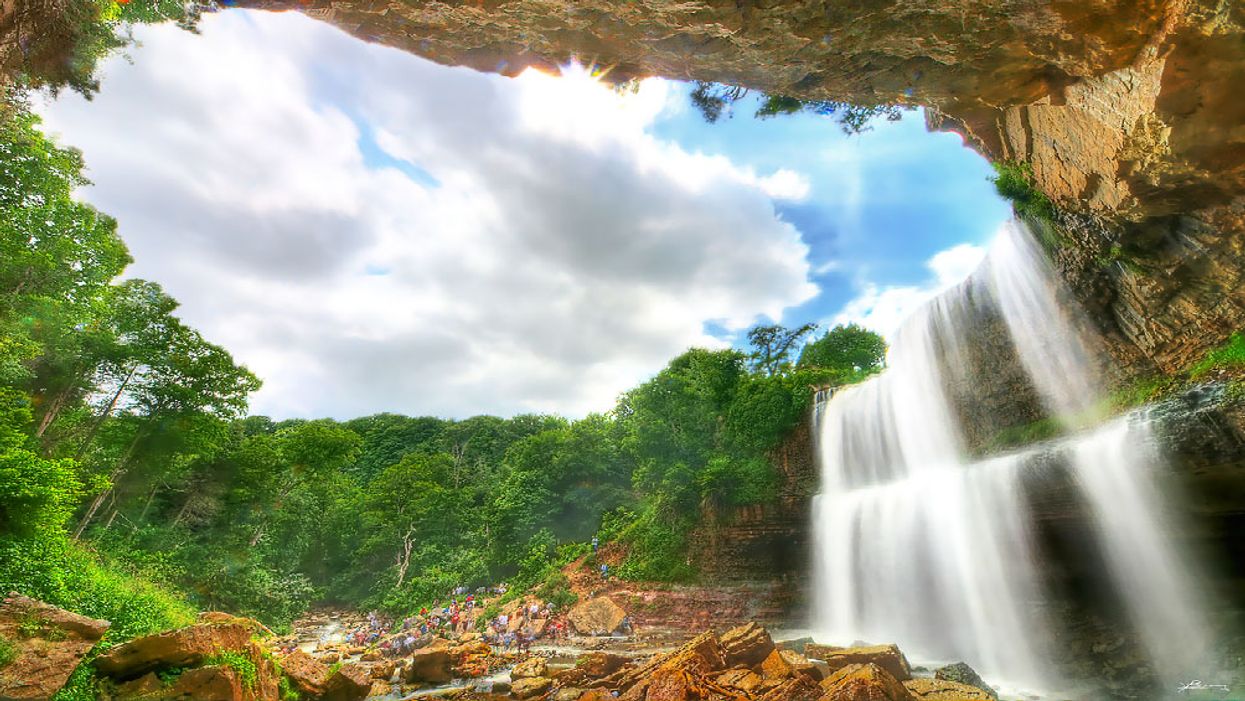 Niagara Falls may be the most visited waterfall in North America, but it's not the only place where you can chase waterfalls in the region. Just 54 miles northwest is a Canadian city that has been coined the "Waterfall Capital of the World" for its grand assortment of breathtaking waterfalls.

READ ALSO: This Charming Canadian Town Has Been Compared To Belle's Village From "Beauty And The Beast"

Hamilton, known as Canada's steel town, houses over 100 natural waterfalls within its borders. That's more than any other city in the world! Located at the edge of Lake Ontario on the Niagara Escarpment, the waterfalls are a popular destination for day trips and site hopping among locals and out-of-towners alike. While they're not as colossal in size as Niagara Falls, they are still beautiful to look at, and offer a more intimate experience for visitors.

One of the most famous waterfalls in the Hamilton is Webster's Falls, a two-tier waterfall that's tucked away in the city's Spencer Gorge Conservation Area. The towering cascade of water spills out to a pool below, which people often wade in during the summertime.

On peak weekends, Webster's Falls could see as many as 3,000 people, and sometimes organizers even put on a light show by the falls at night when the weather is nice.

Hamilton's waterfalls started to became more popular in 2008 when Chris Ecklund, a Hamilton resident, founded the City of Waterfalls. The non-profit organization works to promote and conserve the city's collection of cascades, as well as to inform the public of any new policies regarding waterfall visitations.

Currently, staff are working to improve accessibility to certain waterfalls in the area which have posed safety concerns in the past few years. A local trail system is in the works to help people better navigate through the wilderness areas during their waterfall chase. Plan a trip to Hamilton's waterfalls today! For more information, visit the City of Waterfalls website.

Feature photo is of Webster's Falls in Hamilton, Ontario.