This is only the second time the fair has been shut down in 142 years. 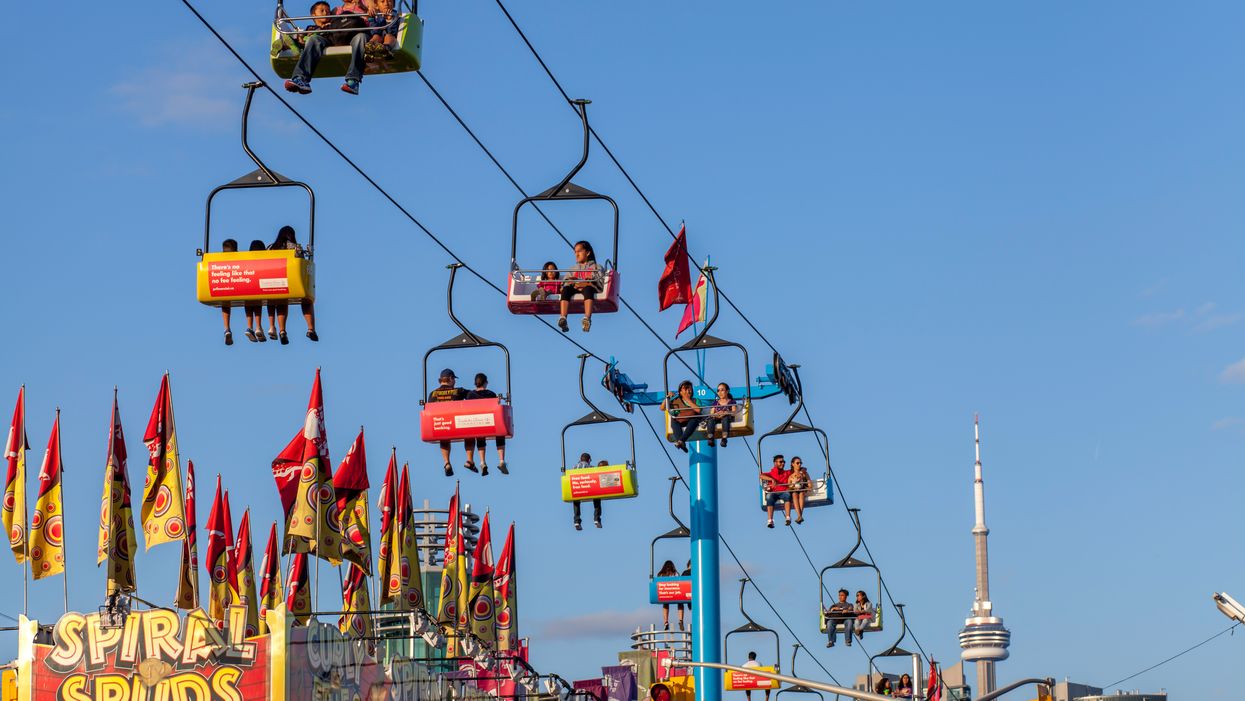 It was a bad day for fair lovers on Tuesday. The Canadian National Exhibition officially announced that it would not be taking place this year due to COVID-19. This is the first time that the beloved Toronto fair has been cancelled since World War II.

According to a press release that was emailed to Narcity, the fair, which would have run from August 21 to September 7, 2020, will not "light up this summer."

The event was cancelled with the support of both the City of Toronto and the Province of Ontario.

According to CNE, the move was made to help ensure the safety of the workers, volunteers and guests during these trying times.

“Safety always comes first at the CNE, and the decision to cancel our event is the right decision during this critical time to protect the health of all Canadians,” said John Kiru, President of the CNEA in a press release.

“Summer in Toronto will not be the same without the sights and sounds of the CNE, alongside so many annual festivals and cultural events that have been forced to cancel. We stand in solidarity with the collective effort to curb this global pandemic, and we will all do our part to ensure it happens,” he added.

“Our hearts go out to the thousands of Canadians and families who have been affected by COVID-19; and we continue to draw hope and inspiration from the bravery of our healthcare and frontline workers, the compassion of everyday heroes, and community spirit that is stronger than ever,” concluded Kiru.

The Canadian International Air Show which takes place annually during the last three days of the fair will also be cancelled this year.

The last time the CNE was cancelled at Exhibition Place was during World War II, so the ground could be used as an army base.

However, CNE’s organizers revealed in the press release that it's not all bad news.

The organization is currently planning an alternative to the fair in the hopes of supplying fun in “creative and innovative ways.”

The city has faced several similar cancellations due to the ongoing COVID-19 crisis.

Toronto’s Pride Parade and Caribana festival were also shut down this month.