Cancel Your Plans, A Massive Guinea Pig Festival Is Happening In Toronto Tomorrow

The "Pignic" is free to attend! 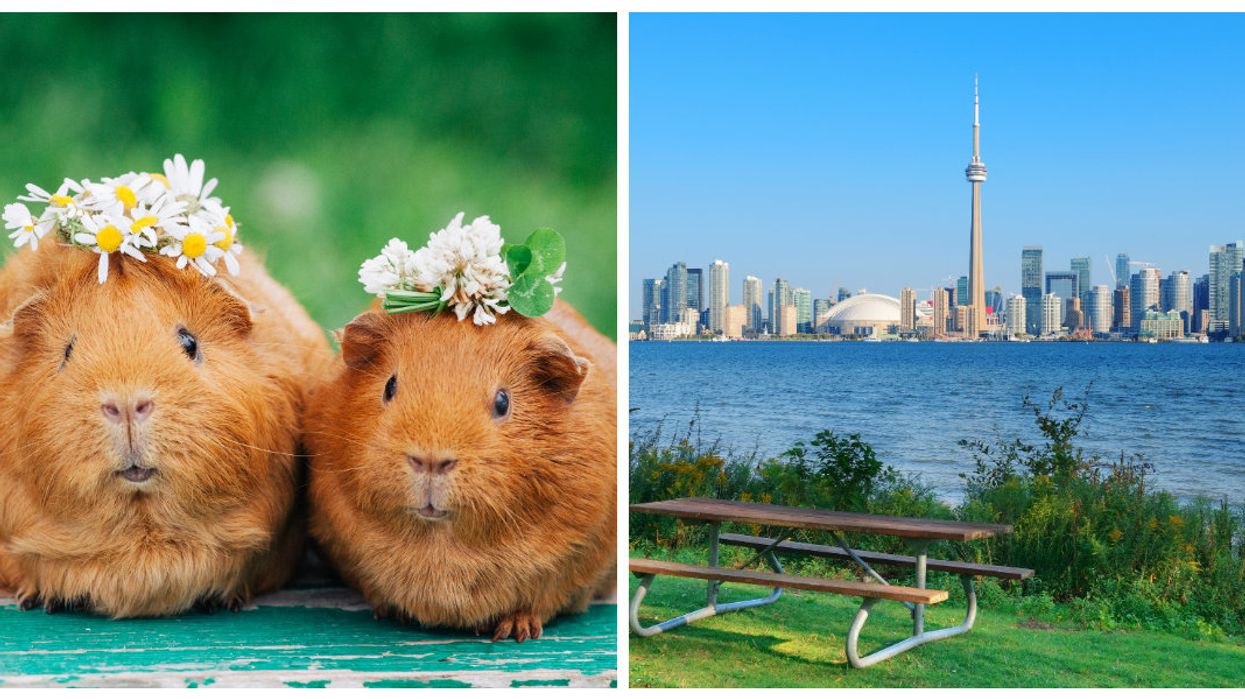 Okay, we've officially never been more excited for anything. This Saturday, September 15th, PetSmart is hosting a massive festival in Toronto - and its all about guinea pigs. You know, those chubby, furry little things that are bigger than hamsters but smaller than micro pigs? But, equally as adorable, obvs.

The event is called the Guinea Pig "Pignic" or "Wheekstock" (brb, dying from cuteness!) The "Pignic" is free to attend, and you can expect to see - and possibly cuddle with - over 150 guinea pigs, including some of the most exotic breeds out there. Highlights of this year's "Pignic" include a guinea pig pageant (yes, an actual beauty pageant), a selfie station, a guinea pig red carpet, tons of merch, all kinds of vendors, and a luxurious-sounding cooling station for the furry creatures.

This is the second major PetSmart animal initiative of this coming weekend. Tomorrow and Sunday, the pet store is hosting massive adoption events at PetSmart locations across Canada! The "Pignic" is actually a fundraiser, the only one of its kind in Canada. "Everyone from breeders, rescues as well as pet parents and their piggies, come together to offer each other an abundance of information, knowledge and support towards the care and welfare of guinea pig," the event page reads.

The "Pignic" is being held this Sunday at Greenwood Park, near Greenwood Avenue north of Dundas Street East. The event begins at 11:00 AM and ends at 4:00 PM. If you have a guinea pig or had one as a kid - or, if you just adore them in general - missing this Sunday's "Pignic" is out of the question. You gotta be there!

To find out more about the event, check out their official website!