Everyone loves the Raptors! 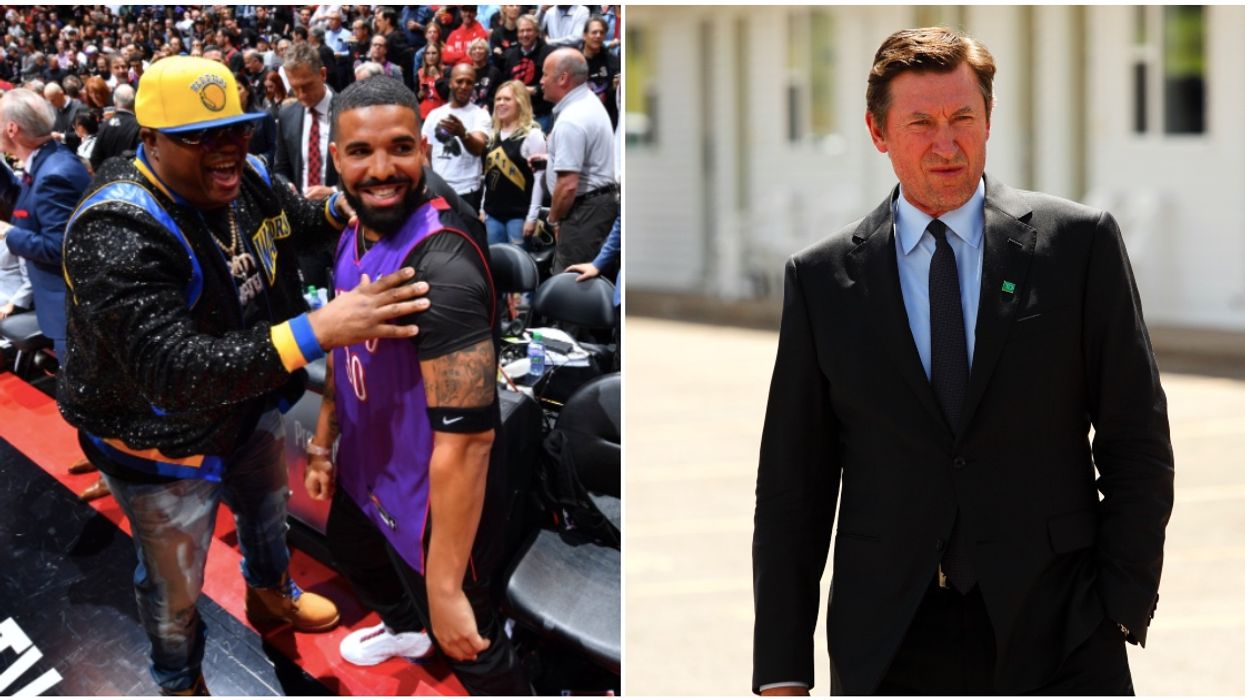 While the best part of the game for some may be watching the actual sport, others also like to people watch. It may not be the Met Gala or the Oscars, but celebrities from far and wide still show up to the game. In case you haven’t been paying attention to all the celebrity appearances, we did a roundup. Familiar faces like Drake and Wayne Gretzky were just some of the many celebrities at tonight's Raptors game.

Of course, it wouldn’t be a Raptors home game without Drake. Arguably the Raptors' number one fan, Drake has been to every home game cheering on his team. And of course, Game 5 is no different.

During this potentially history-making game, Drake showed his Canadian face courtside. Tons of videos and images have surfaced of him cheering on his team, taking selfies with fans, and even having some friendly rivalry with Draymond Green.

Some popular NHL players have also been gracing the Scotiabank Arena including Wayne Gretzky and P.K. Subban. The Toronto Raptors confirmed on Twitter that Gretzky was in the house cheering on the Canadian team.

P.K. Subban, the defensemen for the Nashville Predators, was also out showing his support for the Canadian team; even grabbing a selfie with Drake! If that’s not goals, I don’t know what is.

Two other familiar Canadian actors were in the crowd including Dan and Eugene Levy. This iconic funny duo was seen taking selfies in the crowd, and they even sang along to the national anthem prior to the game.

Of course, it wouldn’t be a Raptors game without super fan Nav Bhatia. While sitting courtside, Bhatia managed to sneak a hug from Drake.

Courtside seats for Game 5 were breaking records for being so expensive. So it makes sense that we saw so many celebrities sitting there!

Last week, Beyonce and Jay-Z were front and centre for Game 3. Drake and Shawn Mendes even made an appearance together during Game 2; making everyone envious of their best friend goals. Game 4 also had tons of celebrities!