No one outdoes the Dion. 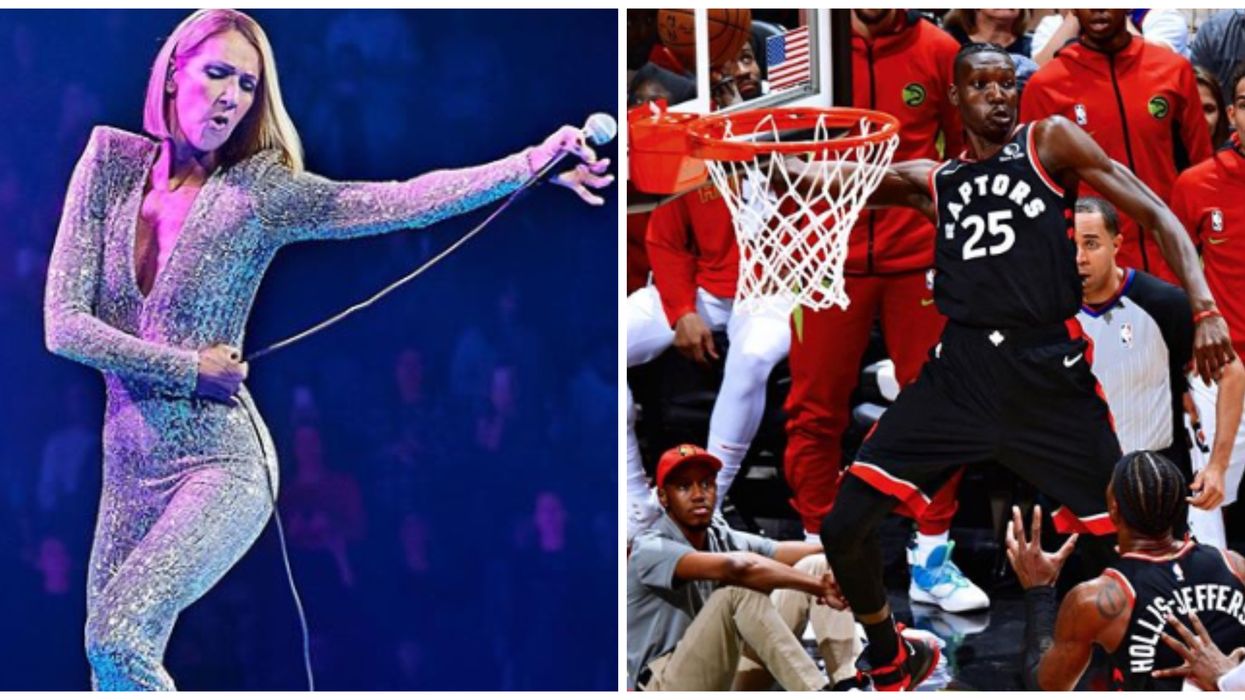 You might be cool, but you will never be Celine Dion holding a Raptors championship ring the size of her head cool. The legendary Canadian singer arrived in Toronto earlier this week for two back-to-back shows at Scotiabank Arena and was spotted making a stop to see the famous Toronto Raptors.

The double dosing of Dion was in promotion of her Courage Tour, named after her new album, which landed at number one 1 in the Top 200 back in November.

Sadly, the album also made history for being the most significant drop in its second week out of the Top 100, but that doesn't appear to have put a dent in the icon’s spirits.

In a follow-up tweet to her two electrifying Toronto performances, Dion thanked the championship city for all the love they gave her while also mentioning that she’ll be sticking around for the Raptors game on Wednesday night.

“Hey World Championship TO...Thank you for the love you gave us last night. Looking forward to seeing you tonight,” the singer wrote.

However, it wasn’t so much what she said as what she was wearing that had fans flipping out.

In the post, the singer is seen posing next to the Raptors mascot, garbed in an expensive red coat and flashing a massive NBA championship ring.

How big you ask? Well, take a look for yourself.

Fans of the singer were quick to react to the size of the jewelry, which looks like a prop, but knowing Dion — it could be legit.

“Ma'am, that ring is bigger than my head,” wrote one stunned fan.

“That ring though sheesh,” added another.

It was reported back in November that Kawhi Leonard’s championship ring would be slightly bigger than those of his former teammates, but it appears that the legendary singer may have caught wind of that and seriously upped her game.

However, despite her mythical status, the Quebec-born songstress isn’t the only non-Raptor to nab themselves a ring.

Both Bianca Andreescu and Drake have been seen posing with their own rings. However, neither of the rings are anywhere near as big as Dion’s.