Charli XCX Tells Us What She Loves Most About Toronto

She celebrated her birthday in the 6ix while on tour with Taylor Swift last year. 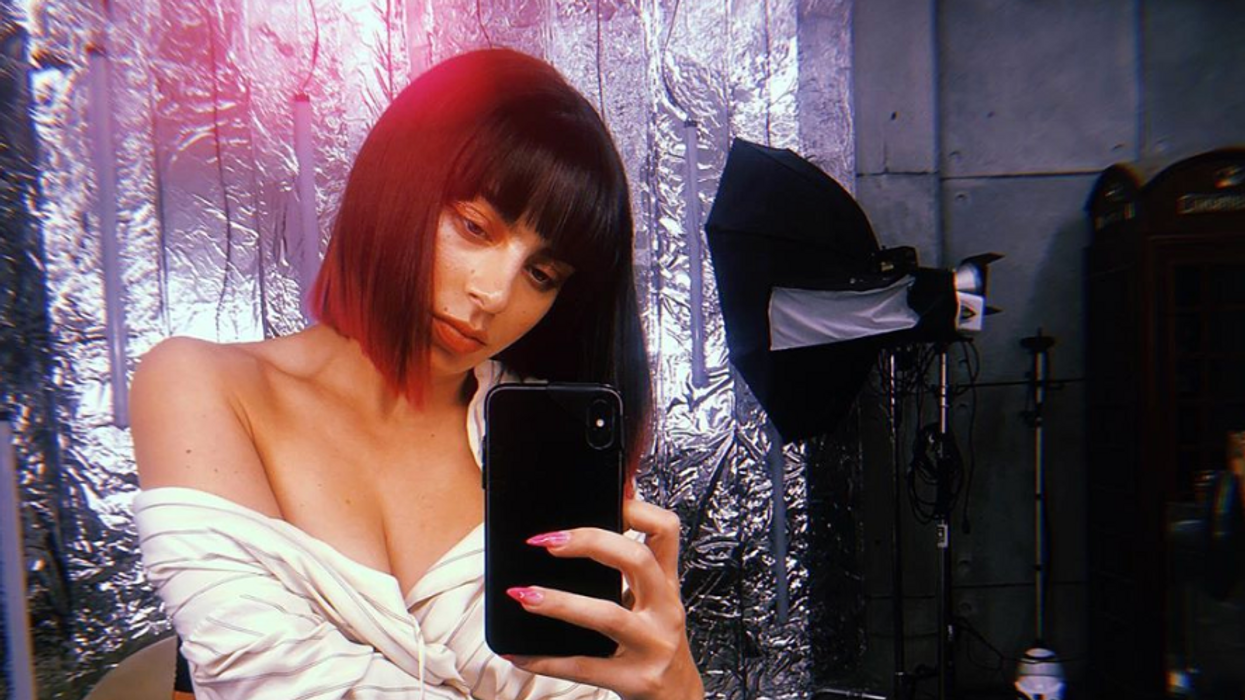 While restaurants and bars were filled with couples on Valentine's Day, this Toronto home was taking the holiday to a new level. Charli XCX was in the 6ix for the Bud Light House Party, where she performed for all her single fans. The British singer-songwriter stole the hearts of everyone in the audience as she delivered an exclusive performance in honour of Singles Awareness Day. We met up before the show for an exclusive Charli XCX Toronto interview, where we talked music, Toronto, and being single.

Known for her hits Boom, Clap, Break The Rules, and Fancy, Charli XCX has been involved in the creation of some of the greatest pop singles of the 2010s.

Amidst the camera and lighting preparations for the upcoming house party, she reminisced about one of her most memorable experiences in Toronto.

"I had my birthday in Toronto last year, and it was whilst I was on tour with Taylor Swift," she told us. "So we played the show, and then my best friend took me out to this cool Chinese restaurant... we cycled there."

We can certainly agree with her on one of her favourite places to visit in the city.

"If I'm honest, I don't really know the city that well," she explained, "but I'm always looking for good recommendations. I like the Drake hotel, the restaurant on top of there is nice."

It turns out the singer's most memorable moment with Canadian fans took place right here in the 6ix.

"I just did my own headline tour, and I played a show here in Toronto. It was one of the first ones to sell out on the tour, so I was really looking forward to it for a long time. The show was just really good. It felt really magic, and it felt like we were all connecting. It was a cool show."

Charli even helped to write the top hit Señorita, which was performed by Shawn Mendes and Camila Cabello.

When asked how this collaboration came to be, she told us that, "I'm friends with Camila, I know Shawn and have met Shawn but I'm definitely closer with Camila."

"This song was an idea that me and the other writers and producers had. Honestly, I wasn't really that involved in getting Shawn and Camila involved, but Camila and I were both on the Taylor tour so I knew that she was working on the song whilst we were on tour."

"Her and Shawn also wrote on the song. They're great writers, both of them, just brilliant artists, so they were involved in the creation of the song too."

Shawn Mendes isn't the only Canadian star Charli has collaborated with.

"I've worked with Carly Rae Jepsen," she said. "She is so cool and so kind. I really like her a lot, she's really great."

Sadly, the singer has no definite plans to return to Toronto in the near future.

"I can't wait to come back here on tour," she assured us. "...it feels like a really good energy here. I do like spending time here."

When she does come back, you may spot her behaving like a true Torontonian.

Her 2020 will consist of some fun performances, as well as some possible new music.

"I'm doing festivals this year, and I'm in the studio working on new music but it feels a little too early to say what that will become," she admitted.

The Bud Light House Party for Singles Awareness Day was the perfect fit for Charli. "I really love house parties, so when they invited me to play it was kind of a no brainer because I think going to house parties is one of my favourite things."

"It actually inspires a lot of my writing process, being at parties... so I was really up for it. This party, in particular, is all my single fans. I think it's nice to throw a party for the single people on Valentine's Day. It's pretty fun to be out there, doing your thing, being independent. That's why I wanted to be a part of it."

As for all the single pringles out there, Charli has one piece of advice to offer.

"Just do you! Doesn't matter if you're single or in a relationship, whatever. Just love yourself and have a good time."

Ontario needs 25% of all adults to be fully vaccinated to reach the final step.

Ontario needs 25% of Ontarian adults to be fully vaccinated and 70-80% with their first dose in order to move into the last stage of its reopening plan, and the province just met those targets.

Of the province's adults, 76.5% have received their first dose of a COVID-19 vaccine and 27.5% are fully vaccinated as of Wednesday.